Books   27 Dec 2019  Tongue-in-cheek, sophisticated or naughty – the title says it all
Books

Tongue-in-cheek, sophisticated or naughty – the title says it all

Beauvoir’s title was most apt for the book but sometimes, titles can be misleading. 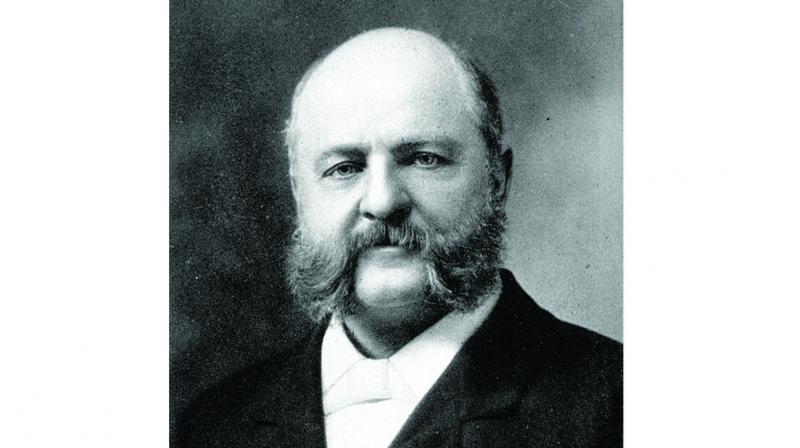 Some years ago, when I worked at the OUP office on Ansari Road in Daryaganj, I visited a neighbouring bookseller. He was a prominent library supplier and an important account for us. But in addition to highlighting some of our new books, I was there on a more important mission. This was to nudge to make payment on the outstandings he owed us. Cash flow was and still is an endemic problem in the publishing industry and I was hoping he would make a generous payment to clear a major portion of his debt. While there, he received a call, an inquiry for a book. His assistant picked up the phone but was unable to resolve the issue. He handed the phone over to his boss and said the customer seemed to want a sex book! Obviously embarrassed and more so, with my being there, he took the phone and quickly clarified, “but madam (it was a woman), we don’t keep those kind of books!” He later clarified that the inquiry was for Simone de Beauvoir’s The Second Sex. Given the nature of my mission, I wisely refrained from commenting on the book or on the nature of its contents and was rewarded with a cheque for my forbearance with a cheque.

On the way back to my office, I reflected on the incident. That poor lady must have been quite bewildered and wondered at what she had said that was wrong. Had she got the title right?

Beauvoir’s title was most apt for the book but sometimes, titles can be misleading. This was brought home to me recently when we had to decide on a suitable title for my own book. As this was on books and book people, I had originally thought of The Patrician, the Nawab and the Shikari as all of   them figured prominently in the book. But my publisher, with years of experience in the trade, dissuaded me. “We need to attract a readership,” he said. “The title has to reflect the contents, leaving the readers in no doubt about the nature of the book.” “It can have an explanatory sub-title,” I remonstrated weakly. We finally agreed on “Off the Shelf – On Books, Book People and Places” and the book was printed off. There was now no ambiguity in the title and it said exactly what the book contained.

No such luck with two books in the news recently for the wrong reasons and surprising, because both books have been around for some time. The titles are Women, Sex, Love and Lust by Khushwant Singh and Chetan Bhagat’s Half-Girlfriend. The chairman of the passenger service committee of the railways has just banned the display and sale of these books at all railway stations. The irony was that Khushwant’s book was an anthology of some of his best writings already published and available and Bhagat’s book has been selling for some years now. Had the chairman read the books before taking the momentous decision?  “No need”, replied the worthy loftily. “The titles and the wrappers tell you what’s inside!”

We are not sure about what the chairman was objecting to. In the case of Khushwant, obviously the objection was to “sex, love and lust” and perhaps women too but not in Bhagat’s case. Was the chairman cross with “half” or “girlfriend”? Maybe “full” girlfriend or even boyfriend might have passed muster? In either case, poor Bhagat would have to rewrite the story. We also wonder what the sardar sahab would have made of the ban. He must be chortling with laughter while refilling his glass with his favourite drink. Looking down with amusement from his lofty perch, the sardar must be hoping for even greater “under the counter” sales. On the face of it, the ban seems to be quite ridiculous and will probably be challenged legally. But under the present dispensation, it’s one more “ban” order after sites on the Internet and the suspension of mobile connectivity and Net services in areas where protests are being mounted against the Citizenship Amendment Act (CAA).

The power to ban or censor is an ominous power and in a democracy needs to be exercised with a great deal of caution. While there is debate if this power should be available at all, it’s clear that totally unfit people seem to be exercising this without restraint. In his book, A History of Reading, Alberto Manguel mentions Anthony Comstock, who set up the Society for the Suppression of Vice in New York in 1872, arguably, the first effective censorship body in the United States. To continue with our analogy of the railways, in his 41 years as censor, he convicted enough persons to fill 61 coaches of a passenger train, each coach containing 60 passengers and destroyed 160 tons of “obscene” literature. Among his victims were Balzac, Rabelais, Walt Whitman, Bernard Shaw and Tolstoy. Did he read any of the literature before destroying them? Heavens forbid! Comstock’s everyday reading was the Bible!

Considering that a mere glance at a book title is enough to ban it, I wonder how our censors would react if they knew that odd and sometimes provocative titles are celebrated and even given a prize?

The Bookseller, England’s most influential weekly of the book trade, administers the Diagram Prize for the Oddest Title of the Year. It is now overseen by the Bookseller’s diarist Horace Bent and is selected by a panel of judges at the Frankfurt Book Fair. The title should be verifiable, have a publisher’s imprint and a standard book number. More recently, self-published titles too have been included. Past winners for a bottle of claret have included, Proceedings of the Second International Workshop on Nude Mice, The Madam as Entrepreneur: Career Management in House Prostitution,’The Theory of Lengthwise Rolling, How to Shit in the Woods, Managing a Dental Practice: The Genghis Khan Way, Cooking with Poo, Strangers Have the Best Candy, American Bottom Archaeology and Last Chance at Love: Terminal Romances.

A lot of titles to bedevil the censor! Coming back to my book, would the innocuous title attract the attention of the censor?  Not really, unless someone poined out that the books discussed in the book were subersive. But to decide that the censor would have to read the book! My publisher, not one to take chances, had a cover visual of a book-lined study with an open book on a table alongside a chair. Most people liked the visual except for a friend, a senior journalist. His comment, “the visual is okay, but you should have had someone at the table reading the book or at least reaching for a book on the shelves”.  Well, you can’t please them all!