When love leaves an ache!

An unusual romance between two people who met a decade after they break up. 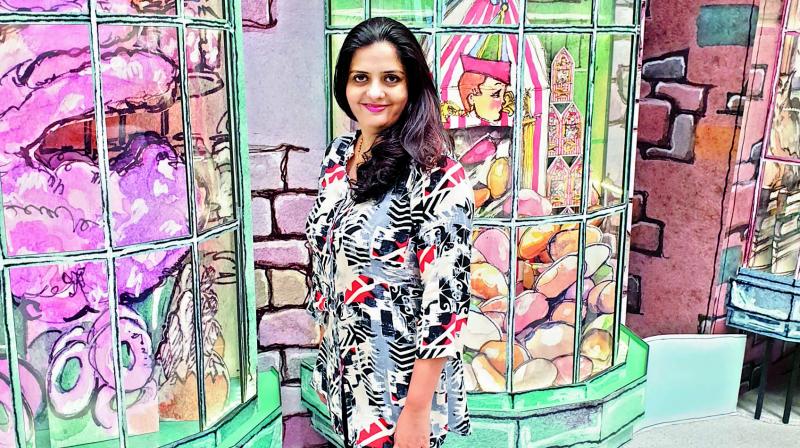 We have all at one point read those cliched love stories where boy meets girl, falls in love and they live happily ever after in the end. As much as we love this fantasy, after a point it becomes mundane. Not wanting to do write classic love story, Ishita Deshmukh in her book Heart Quake tells an unusual love story of two people who meet 10 years later after breaking up. Talking to the author we find more about....

To become a writer was never a plan for Ishita but an expressed dream. “As a kid I wrote short stories. Gradually, in school I took up extra classes for creative writing. Even at that time, it was just a hobby,” she says adding that she loves author Judith McNaught’s books and her style of writing. Taking inspiration from her first assignment from her creative writing class, her book Heart Quake became a reality. Ishita adds, “I had done this piece just a few months after the earthquake had struck Bhuj. Later, after my graduation, I found the story lying in my cupboard and on a whim decided to challenge myself by turning it into a novel. However, I had never imagined that one day I would publish it.” Being a strong strong willed and independent woman herself, Ishita wanted the female protagonist. She explains, “I wrote the entire book from her perspective. When I started writing, there weren’t many Indian novels featuring 30 plus women as central characters.” This books tells the story couple who meet after decade during the aftermath of the earthquake.

Ask her if she is a believer of happy endings and she she is a firm believer. Coming from the picturesque town of Pondicherry, Ishita adds, “I chose my books and movies accordingly. I feel there is already a lot of strife and unhappiness surrounding us in this world, so why read it or watch it on the big screen, when the purpose of reading or watching a movie is for pleasure and for relaxation.” Heart Quake has been received a lot of positive responses but some bibliophiles are surprised with the unusual love story.

An alumni of Sri Aurobindo International Centre of Education, Ishita adds, “Whenever I walk into a bookstore, be it in Bengaluru, Chennai or Mumbai, there is always a buzz. Of course, there is certainly some decrease in footfalls in the stores due to Kindle and other digital platforms, but overall, I feel that the readership for Indian writers has increased significantly.”