This collaborative book offers a collection of 250 stories out of 11,000 entries from India. 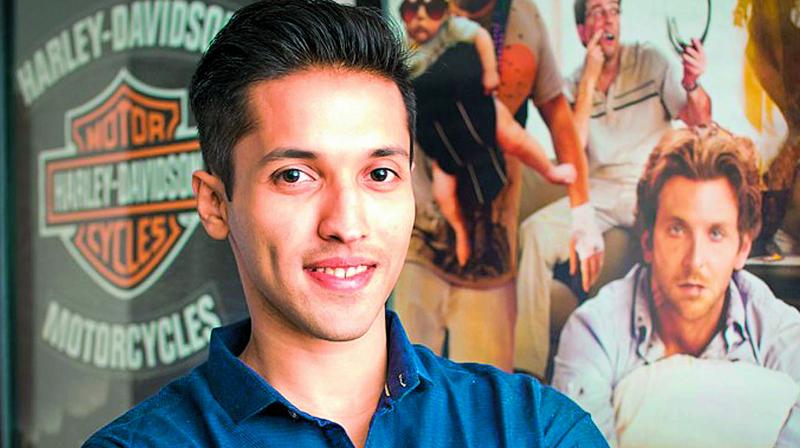 The famous contemporary romance-fiction author Durjoy Datta has been selling books like hot cakes for the last ten years. His fictional plots maybe an instant hit with readers in the bloom of their youth, but they also work well with those that are way past that age and stage. His affable nature on social media is equally responsible for his unwavering popularity, as is his dimpled smile that serenades female fans at book fairs. But he also has male fans in equal measure.

Durjoy has recently collaborated with a fragrance brand to compile the crowd sourced book, Pocketful O’ Stories that was released last month.

A decade has swept past with multiple awards in his kitty (his book The Boy Who Loved was nominated for the 16th Crossword book awards), but Durjoy manages to churn out fresh and original ways to tell tales of love. But much to one’s surprise, the author has never fancied himself as someone who writes love stories, “Maybe that’s why I never feel that pressure of telling a love story.” He says, “I think of myself as someone who writes about characters and those characters manage to fall in love with each other. In many of the books, they don’t even fall in love till the very fag end of the book. I think most of my concentration is on writing a story that has interesting characters and has drama,” he explains.

For Pocket Full O’ Stories, the writer was tasked with his toughest job yet for the simple reason he had to pick out 250 short stories out of the 11000 entries from all over India. The entire process took over six months, from inviting entries to locking down the final 250, he narrates, “I thought it was going to be easy. But within the first week, there were a bunch of stories that were way better than the 10 I had submitted. I had to redo my stories a bunch of times to get it match with the others,” he quips, adding, “It was an amazing experience, also very humbling.” The author has also ever so slightly added his own touch to these stories to make them more impactful, but he graciously won’t take credit for any of them.

Working on Pocket Full O Stories, also gave Durjoy a peek into the thoughts behind the young minds of these storytellers, he says, “A lot of them tried to end with a twist. It was easy to fall into that trap. But since the entire process of selecting stories was interactive, I told them that and they started sending them in different formats.”

Even at the zenith of his career, his naysayers position his work as lacking literary ingenuity. But the writer is quite self-aware. He says, “I believe that are good books and bad books. Like many of my books haven’t endured and are egregiously bad, most of the literary or mid-list fiction that comes out of India is absolutely unreadable too. Like mine lack literary ingenuity, there are supposedly literary writers who lack a story. At the end of the day, it doesn’t matter what genre you’re writing in, it’s about acceptance by a certain audience.”

The author is firm on his thought when he says he will neither shift genres nor change his writing style to cater to the non-readers, “In fact, I wrote a thriller a couple of years ago and that was well received. It was named like a romance novel because it’s easier to reach out and sell the book. As for changing my writing style, it’s not in my hands. I don’t think any writer intentionally dumbs down the way he or she writes. The way I write, that’s my best at that moment. Also, I don’t aim to have the most beautiful prose in the business (although that would be great), what I would want is for my prose to be more effective,” he expresses.

The meaning of success can be different for different people. For a writer it could either translate to the number of books he or she has sold or weigh it on the scale of the ever so gracious rave reviews from critics of the literary world - but Durjoy measures success in different terms. “I have almost never received rave reviews from critics, or any kind of review to be honest.” He continues, “Other writers, yes, but then they are also friends and can’t be trusted. Having said that even sales are not a good indicator of how the book actually was. It’s only when people come to me and talk about a certain book with a lot of passion long after they have read it, is when I know that it worked.”