A millennial’s perspective on annihilating caste 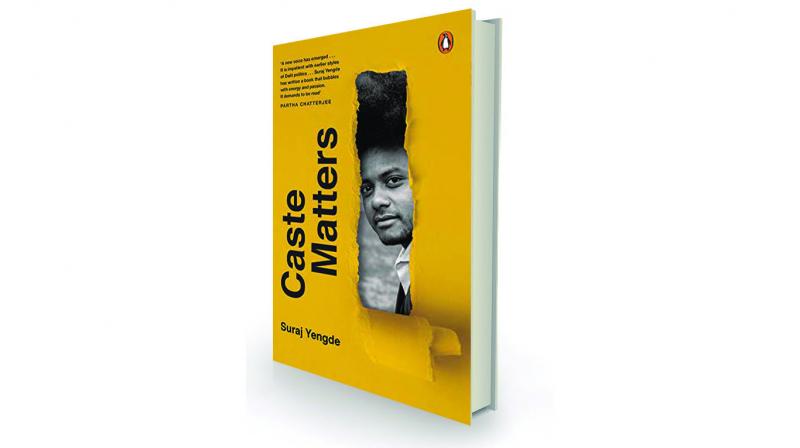 Suraj Yengde’s Caste Matters is a remarkable book providing a millennial perspective and compelling proof for the continued prevalence of casteism in modern India. It has by now received raving reviews, and also a few brickbats, the latter, paradoxically, from his own brethren. Seven students of Jawaharlal Nehru University accused Yengde to be opposed to Ambedkarism. It is not the content of their accusation, which may be easily trashed by any reasonable reader, that matters but the very fact that it comes from a collective of the millennial dalits, indicating the hopeless disorientation of the dalits at a time when they face the worst crisis in modern times.

Autobiographical accounts of dalit lives generally evoke prurient interest among non-dalit readers. From the earliest autobiography, Baluta, by Daya Pawar, to Juthan by Omprakash Walmiki to the recent one, Interrogating My Chandal Life by Manoranjan Byapari, an important addition to the galaxy of dalit writers from the unlikely state of West Bengal, the story has been much the same. The vivid description of abject poverty, squalid surroundings and the uninhibited lives of the subjects make captivating reading for the non-dalits and to most dalits it reminds of their own past. Caste Matters is not exactly an autobiography but it might be mistaken as one as it launches itself from the very personal memoir of the author in the introduction. The scathing exposure of pervasiveness of caste is what makes the book stand out. Yengde describes it as “an ethnography of the sociality of caste in the moment of social justice and prejudice”.

The book is divided into six chapters. The first chapter “Being Dalit” juxtaposes dalits against the non-dalits, particularly the Brahmins, and illuminates the difference between them along such dimensions as love, humour and universalism. Its narrative is replete with profound observations such as, “Dalit love is a juxtaposition of possibilities and deep pain” (p. 49), “the situation that Dalits live under is akin to an open prison” (p. 52), “the idea of contemporary India is a Brahminical project designed by Brahmins”(63), and so on. The main argument of the chapter is that Dalits are culturally distinct. The self-pride with which dalits are depicted smacks firstly of treating them as a homogenous people, which they are not, as he himself explains in the third chapter and secondly, they are made of some different stuff. The compartmentalised lives of different castes and communities in India are bound to reflect some cultural specificities but within the overarching caste culture.

The second chapter “Neo-Dalit Rising” is an exposition of the ways caste operates in India. Yengde characterises the Indian state-society as an entity of brahmin supremacy." (p. 71) and faults the constitutionality of the state for not “explicitly talking about the unequal stakes inherited by the traditional power brokers…” The Indian Constitution is fraught with high-sounding dictums but lacks in basic accountability of the power holders who enjoy unlimited impunity (p. 73). Yengde has narrated how dalits at every echelon of society are discriminated against. Justice C.S. Karnan, a dalit sitting judge of a high court, who was incarcerated for six months, is one such case. (p. 74). Yengde is inspired by the youth fury over the institutional murder of Rohith Vemula to see a neo-dalit rising. Sadly, this reaction had not even lasted up to the first anniversary of Rohith’s martyrdom.

The third chapter takes stock of many categories of dalits, acknowledging the changes that befell the community. One one hand, it reflects the progress the community made but on the other, a loss of community itself. It also notices the rise of a certain “Ambedkargodism” amongst dalits. Yengde boldly points out: “Ambedkar has become a fairytale hero who has solution to every problem”. (p. 146) He laments that the iconoclast Ambedkar being cast into the godhead and worshipped in Hindu style.

The fourth chapter deals with the phenomenon of the dalit middle class and brings up the question of reservations. It notes that although reservations have benefited many individuals, it has not uplifted the community. (p. 164) This upwardly mobile middle class, unable to overcome social prejudices of the upper castes, falls back on the community to meet its social needs. Yengde observes how the dalit middle class upholds the Ambedkarite dictum — “becoming the ruling class” revived by Kanshiram, but will conveniently ignore his vision of socialism.

The next chapter on “Dalit Capitalism” presents an interesting comparison between Booker T. Washington, who formally established the National Negro Business league in 1990 with an intent of creating a capitalist class among the Black population in the US and Web Du Bois, who wanted the Black population to acquire positions of eminence in arts, literature, academia and other forms of cultural, moral and intellectual endeavours. Du Bois wanted to elevate Black people from their enforced subservience. This is similar to the idea of Ambedkar who wanted Untouchables to leave hamlets that were the site of traditional caste-mandated occupations (p.210). The folly of the fad of Dalit capitalism is thus disposed of.

The last chapter “Brahmins against Brahminism” acknowledges the contributions of people of the brahmin caste to anti-Brahminist struggles of the oppressed castes.

The book boldly confronts most of the contemporary issues facing dalits, largely successfully. However, it has certain logical angularities. As it classes people by caste, it necessarily feeds into caste identities, which the author detests to start with.

The writer is a columnist and civil rights activist. He taught in IIT Kharagpur and currently heads Big Data Analytics at the Goa Institute of Management.