For millennials with goals

The third protagonist is Aisha Oberoi, one of Delhi’s most iconic influencers with her popular lifestyle blog Every Delhi Girl. 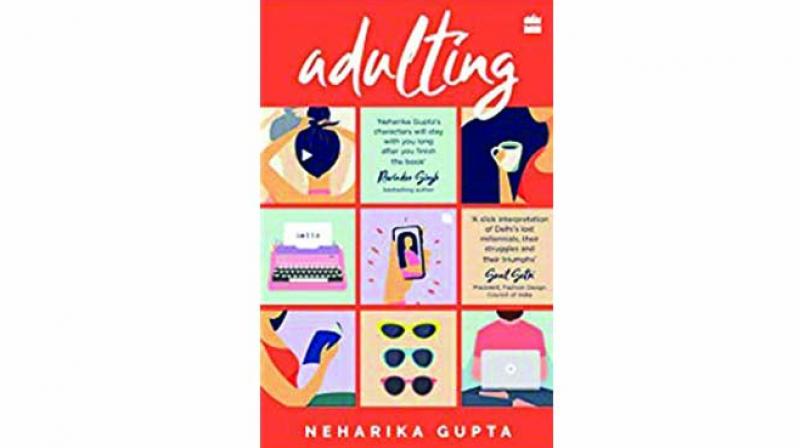 The cover of Neharika Gupta’s novel is catchy and also misleading. I expected a slightly humorous book (going by the title and the cover) but what lay in the pages was something else. The story is about three millennials who grew up reading Harry Potter, unlike the earlier generations who devoured Enid Blytons, Hardy Boys and Nancy Drews.

Let me introduce you to the three main characters. There is Tejas Sahni, author of “Carnival of Dreams” published by Litracy Publishing, which is White Dog publishing house's imprint featuring contemporary writing. There is Ruhi Singh, Litracy’s managing editor, Ruhi works under and reports to the eagle-eyed, sharp nosed, nitpicking editor-in-chief, Farah who coincidentally happens to be her mother. The third protagonist is Aisha Oberoi, one of Delhi’s most iconic influencers with her popular lifestyle blog Every Delhi Girl. Aisha a social media  sensation idolised by girls and boys, is hired by Ruhi to become Litracy’s social media manager, handling the online presence of all the authors and trying to perk up their staid images.

Though the story starts with Tejas’ book launch party, that scene is hijacked by Aisha when she, thanks to her non-existent diet, to look good (read skinny), faints. Tejas and Ruhi who are in a relationship, conveniently extending the boundaries of their editor-author equation, take Aisha to the hospital, where a nutritionist named Maya puts her on a healthy and normal diet.

When I read the blurb, I knew there would be a love triangle of sorts and I was dead right. Aisha, Tejas and Ruhi, all in their early to mid-twenties, have their battles charted out. Hard working, serious and efficient Ruhi, who gets a panic attack every time she faces her mother in office, wants to get into the JLF — Jaipur Literary Festival’s core committee, giving herself ten years to be the festival director of her own litfest. Tejas, vain, confused about his feelings, is suffering from a massive writer’s block and is unable to meet his deadline for his second book. Aisha who keeps fainting (she faints at least thrice) is putting on weight, as her new diet has started piling on the pounds she had kept at bay by starving.

I had expected to get a close look at an editor’s life through Ruhi but sadly Ruhi was more interested in playing petty games and getting laid. The only character who did any justice to her role was Aisha. My heart went out to this girl battling a fall in her social media accounts and the negative comments which were a result of her weight gain. Tejas emerged as a confused soul, oscillating between the two girls, sometimes breaking up with them and at other times leading them on. This musical love chair was a bit irritating. Tejas and Aisha’s parents missing in action too were a bit of a puzzle.

Gupta takes the readers to Bhutan courtesy the Mountain Echoes Literary Festival where the focus is on the three characters’ love-life shenanigans and not on the publishing aspect of their lives. I was looking forward to that chapter, eager to know what happens during Mountain Echoes Litfest which often pops up on my social media pages, courtesy many of my author friends.

The story is told from alternating points of view, with each of the three characters narrating a chapter. Gupta has incorporated the social media obsession into the story in a clever way. Though a fast read with a denouement that is satisfactory, I personally feel the book would have benefitted greatly with a better character development, a little more emphasis on developing the three protagonists’ back stories and personalities, and Gupta would have made this a book millennials would have completely identified with. Still it makes for a quick and breezy read.