Wings beneath their feet!

She took two and a half months to complete the book. Once the idea struck her, her next step was to mould Hudhud and his riveting journey. 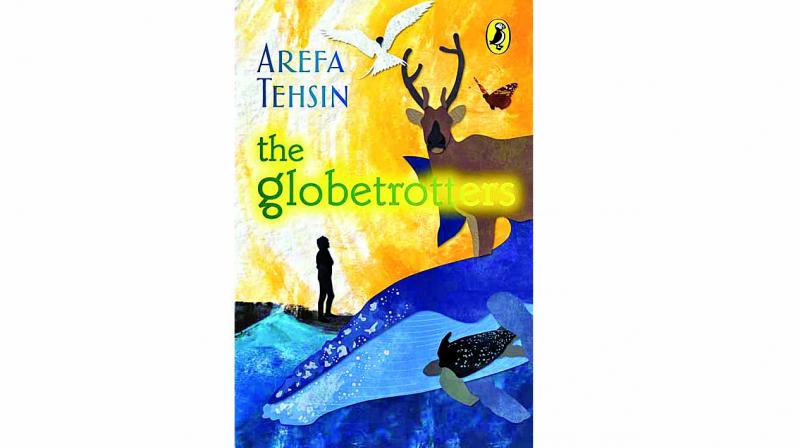 Arefa Tehsin’s book, The Globetrotters is a quest. It is the journey of Hudhud, a boy who is horrible to everyone, to find answers to all his wrong doings. He is cursed to travel the globe with and as the greatest migratory animals to learn lessons from life.

Arefa says the idea of the globetrotters took root in a discussion with her partner Aditya on the greatest migratory animals of the world during one of their trips. “Considering the distances they travelled on legs and wings and fins, it seemed most pretentious to call human travellers globetrotters. When I flirted a little more with the idea, it resulted in the adventures of Hudhud,” says Arefa.

She took two and a half months to complete the book. Once the idea struck her, her next step was to mould Hudhud and his riveting journey. A writer who believes that all the characters and worlds one creates already exist within the recess of that person’s mind, she just had to pull Hudhud out of that heap. “I just shuffled through the compost heap in my head and pulled him out.”

Then, she made him travel. “Travel, as I have learnt through experience, is the greatest teacher. As I was writing about the great travelers of the globe, I had to make Hudhud travel as well. It was a little challenging to set the background, as I was writing about places that I’ve never visited like the Tundra or the depths of oceans, but it was a lot of fun too,” she recalls the process.

What make her book reader-friendly are those illustrations that go along with the story, navigating the reader to move through Hudhud’s world. But, it has not been part of her idea in the beginning. “I hadn’t thought about illustrations when I wrote the book. The entire credit goes to the lovely artist Nafisa Nandini Crishna for giving my imagination form,” says Arefa who has been passionate about storytelling since childhood. “I have been a story-spinner since childhood, and loved to live in fantastical worlds. My father always encouraged me to write. In later years, my partner Aditya pestered me to take my writing more seriously. I penned down my first novel in three months on the rough pages upon his insistence, and there has been no looking back after that.” says the author who admires Khalil Gibran for his depth of perception.

And, her books say she is a nature lover. Be it the Iora and the quest of five or Wild in the Backyard that has been shortlisted for The Young World-Goodbooks Best Author Award 2017, her books contain references to nature. She says nature hugely influences her. “I have grown up visiting jungles, exploring caves and encountering wild animals with my naturalist father,” says Arefa to whom the writing process is like ‘just flip open the laptop and start to type.’