Books   27 Jul 2018  Book Review: Vinaya Bhagat’s The Trickster is a gripping tale of the fear of unknown
Books

Book Review: Vinaya Bhagat’s The Trickster is a gripping tale of the fear of unknown

Vinaya Bhagat’s The Trickster takes readers on ride between realms of known, and unknown, merging myth with folklore and reality and crime. 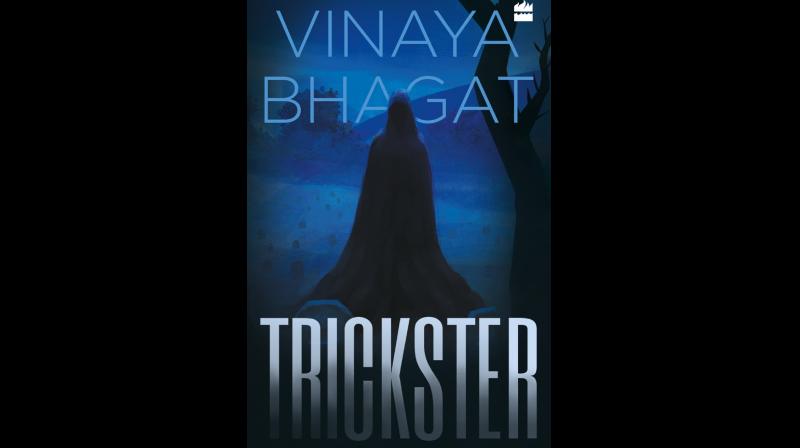 The novel, which begins with a sense of suspicion, plunges the readers headlong into a vortex of mystery.

We often forget that the darkest of monsters live right among us.

Vinaya Bhagat’s The Trickster is one such novel that takes readers on a ride between the realms of the known, and unknown, merging myth with folklore and reality.

Gripping, terrifying by parts and a sure-shot page-turner Bhagat’s offing makes for a riveting fiction that manages to tick most of the right boxes.

The blurb to The Trickster reads, “It lurks in the shadows. It lives in your worst nightmares. It feeds on your deepest fears. It’s the Master Trickster, and it’s coming to get you.”

But hold on to your horses! It is not Loki, but as the author explains, it is Chakwa, and it is out to get naïve young protagonist Diya Mathur.

The novel, which begins with a sense of suspicion, plunges the readers headlong into a vortex of mystery and the unexplainable as the young protagonist, following the mysterious murder of her parents, makes her way back in search of her roots and the answer to some wavering questions.

The novel is tightly woven, and though occasionally it meanders, the author brings it back on track soon enough.

Characters are etched nicely enough, but the focus never shifts from the protagonist. However, in having said so, some of the characters do seem redundant and could have been done away with.

From cliff-hangers, to mystery, to moments of comic-relief, and of course, budding romance, and the sense of unknown, Bhagat’s The Trickster has it all – save, a good ending.

For all the hype about the mysterious Chakwa, it seems Bhagat decided to steer clear of the unknown when providing a denoument to her novel.

Not taking anything away from the author, making the illusive more tangential does seem to take away from the otherwise intriguing read. As to what it means, one must read the book.

The epilogue, though tries to tie up lose ends, eaves much to be explained.

While it is indeed sluggish in parts, an engaging writing style and intriguing plot make The Trickster worth the read.