‘This is my surprise’

Chetan Bhagat during the launch of the Malayalam translation of his book The Girl in Room 105, relives his attempt to pen a murder mystery. 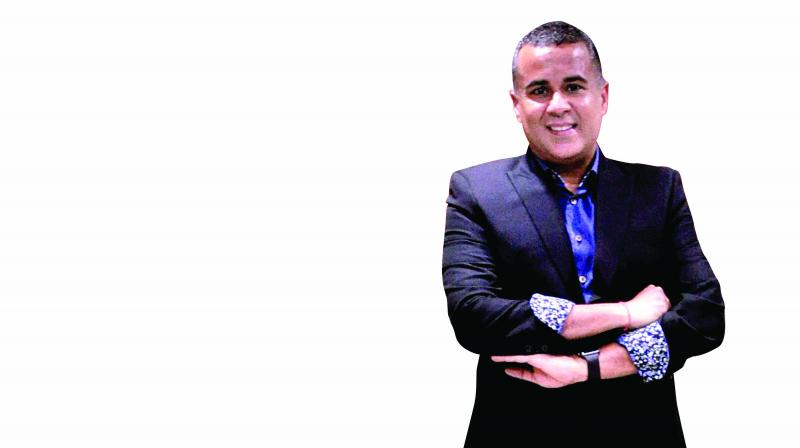 Busy days are ahead for Chetan Bhagat. His latest book The Girl in Room 105 is out and has been translated to regional languages. Right now, he is travelling across the nation promoting various translations. He was in Kochi on Saturday to launch the Malayalam translation of The Girl in Room 105 (105 aam muriyile penkutty). Sitting at a mall in Kochi, where he later had an interaction with his readers, he says, “All my books have been translated to Malayalam. It is the first time I am promoting a translation because I felt the need to reach out new audience. Translations help us attain that.”

In fact, Chetan is well aware of his fan base in Kerala. “I get mails and messages on social media from readers. Also, I met a few of them when I came to Kerala for a literary fest,” says Chetan, who has deviated from his usual romantic genre in his latest work. In his words, the new novel is not a love story. Instead, it’s an ‘unlove’ story. It is a murder mystery,” he says. “I tried the new genre as thought it’s time for a change. I have been writing love stories for a while. I wanted to surprise my readers.”

Chetan agrees that writing the book was a challenge. It took him one year to complete it. “Murder mystery is entirely different from love stories. It should be written in a manner to generate curiosity among readers. In that way, this novel was a challenge,” he says.

The book, which was originally launched a few months ago in English, narrates the story of Keshav and Saurav, who are caught up in the murder of Keshav’s ex-girlfriend. Rest of the book shows them going in search of an answer to this mystery. “They are not detectives; but, they need a conclusion. They want to know who killed her,” says Chetan, and adds that the book reminds readers the importance of overcoming issues in life. “Some times, it is easy to fall in love, but difficult to get over a breakup. If it happens in one’s young age, it may ruin that person’s life. Because, a person develops his/her career during that time. A break up might obstruct it as the person will be grieving for, say about two or three years. So, I thought I should write about it — about letting go of people who make you unhappy,” explains the author.

Also, he has set the story against the backdrop of Kashmir. “Because, I wanted my readers to know about the daily life in Kashmir,” he says. “Our knowledge about Kashmir revolves around terrorism and army. How many of us know that there are no movie theatres in Kashmir or internet services can get cut at any time? I thought elements like this, precisely what is a young commoner’s life there, should be exposed before my readers,” says Chetan, who announced the arrival of The Girl in Room 105 with a movie-like teaser.

According to him, it was the apt way to reach the young audience who are engrossed in their cell phones. “When I started writing in 2004, there was no social media or online sale. My readers in small towns found it difficult to get copies. Now, the scenario has changed drastically. You can buy books online and lit fests are being organised everywhere. However, the reading habit among youngsters is falling. They prefer watching video on phones to reading a book. That is a dangerous trend, because reading helps you build your imagination and improve concentration. Videos don’t do that. I did the teaser to catch these youngsters and make them curious about the book. They may pick it up to know what happened to the character,” he explains.

And, he believes that strong marketing techniques should be implemented to reach out audience in coming days as internet penetration is getting higher with time. However, he is sure that books will have its place there. “Though lifts have come, stairs are still there,” he concludes.

Later in the evening, Chetan launched the Malayalam version at a mall in Kochi and interacted with his readers. At the venue, he asked readers to come onto the stage to unveil the book cover along with him. Many rushed to the stage, stood beside their favourite author and smiled for photographs. Perhaps, this amicability makes him the people’s writer.