Book review: A woman’s story of science, sexism and success

The book, launched in India recently, has been making waves. It explores the author’s personal and career growth parallel to that of a plant. 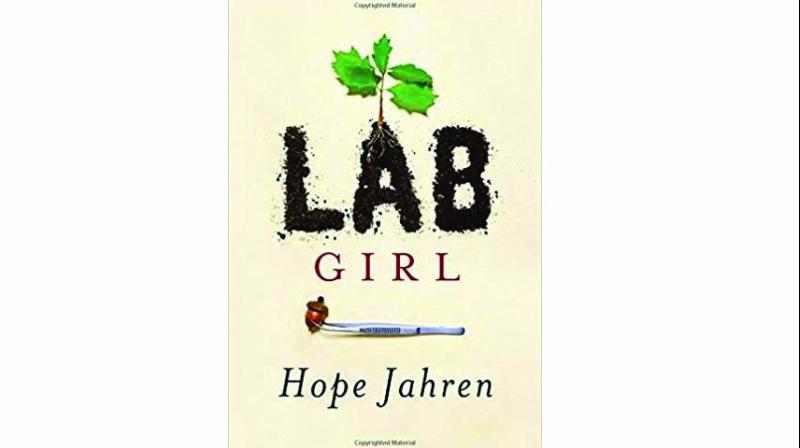 New Delhi: Gaping at a seed almost invisible to the naked eye through a microscope in a cold and quiet lab over several nights does not sound like something an aspiring writer would do.

But for the 47-year-old American geobiologist and professor at Oslo University, Hope Jahren, author of Lab Girl, this was the routine, which finally gave the scientist her true identity.

The autobiography traces the woman scientist’s life from being a curious child in her scientist father’s lab to becoming a successful university professor and researcher.

The book, launched in India recently, has been making waves. It explores the author’s personal and career growth parallel to that of a plant, as she fights against gender discrimination.

Jahren grew up in the US. One of her earliest realisations about herself, she writes in the book, revolved around the fact that she was a woman in a world dominated by men. She was five when she thought “whatever I was, it was less than a boy”.

Looking back at those early days, Jahren writes how she spent the day “pretending to be a girl” and transformed into a scientist in the evenings.

“While I pretended to be a girl I spent my time deftly grooming myself and gossiping with my girlfriends about who liked whom and what if they didn’t... But in the late evenings, I would accompany my dad to his laboratory, when the building was empty but well-lit. There I transformed from a girl into a scientist, just like Peter Parker becoming Spider-Man, only kind of backward,” she writes.

The feeling of being the only woman in the scientist fraternity continued to haunt her as she grew up. She records episodes where she was told “you can’t possibly be what you are”.

“In my own small experience, sexism has been something very simple: the cumulative weight of constantly being told that you can’t possibly be what you are,” she writes.

Originally published by Alfred A. Knopf, the book also chronicles Jahren’s relationship with her friend and colleague Bill and her scientist husband Clint Conrad.