Life in the meadowland

Author Manju Kak’s book documents the life of paharis, and their tradition. 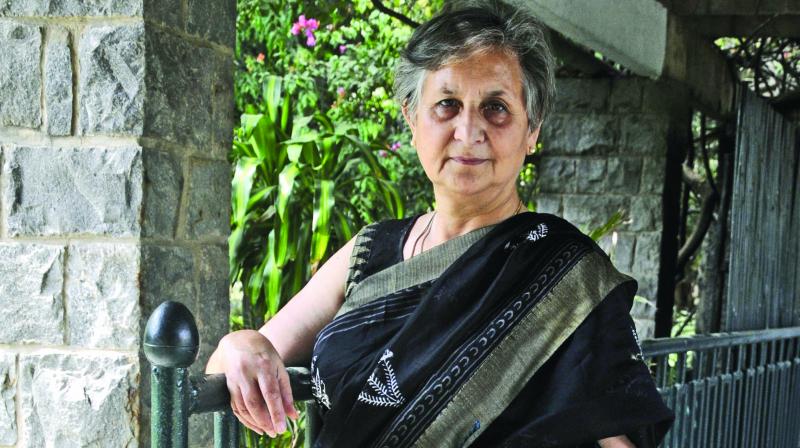 Scaling cliffs, crawling through the caves and exploring mountains, author Manju Kak has fond memories of her childhood spent in the meadowlands of Uttarakhand. The bounties of flora and fauna, the colonial culture and the serene atmosphere have always been her inspiration. In her latest book — In The Shadow of The Devi: Kumaon of a Land, a People, a Craft  — she takes a holistic journey around the Kumaon region.

The Kumaon Himalayas are more intimate unlike neighbouring mountain valleys states the author. The region has been her muse for a long time now. She says, “When the snow capped peaks become taller and majestic, there is still the sense of being amidst a friendly landscape where traders, herders, mountain folk live in high altitude villages, subsisting on few terraces that they farm. Middle Kumaon hills still bear the stamp of colonial culture be in the castle like government house in Nainital, the boarding school and clubs.”

The book took almost 15 years for research and writing simply because it was sporadic and unstructured. Manju shares, “It was not a linear run. I did many things in between and kept coming back to it. I would return and pick up a thread of narrative, and then leave it to pick it up again. The book is an outcome of all I collected like a magpie.” 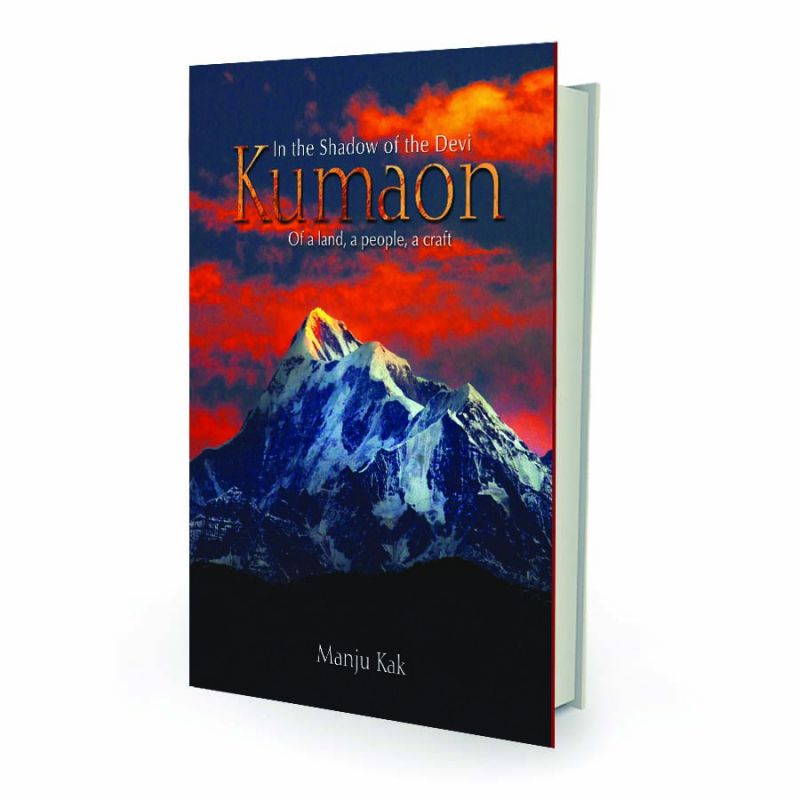 Elaborating further she says, “Knock Fierna — a house with an Irish name that my husband’s family owned — translated as ‘Where the Fairies Knock’. A 150-year-old home needed renovation to make it habitable, I also gave myself the much needed stimulating excuse to be up in the hills of Kumaon again while grappling with masons and carpenters much like in the movie Under the Tuscan Sun. So, each trip I made to fix repairs, I also researched some facet of the hills.”

The pahari region is known for its rich craft tradition. Manju takes the example of the craft of woodcarving as a metaphor for understanding the people, caste structures, and environmental policies. “The wood used for this craft tradition — the tun —became a very rare species due to the environmentally insensitive policies of colonial rule. Also the paan — Indian nature of the motifs, their iconography, showed a rare sophistication which pointed to an evolved aesthetic language sustained through paramparik traditions that appeared to me paradoxical and at variance with the accepted notion that village/ mountain people were ‘less-cultured’ or ‘culturally poor and unsophisticated’. To me this was a riddle I wanted to unravel,” she explains.

The environmental consciousness rooted in their traditions is a cornerstone of all their livelihood patterns. “It becomes the ethos of hill-life. Today, disregard for these age-old traditions is what is causing many environmental disasters. It is important for those who work in sarkari governance to learn first and create policies later. I remember one story about a woman telling me about how the government had once pushed for Jersey cows little realising their weight did not allow them to tread comfortably,” Manju concludes.

Tags: in the shadow of the devi: kumaon of a land, a people, a craft, manju kak