This book gives you a good look at the world of global academia, and how different cultures merge seamlessly in the world of arts 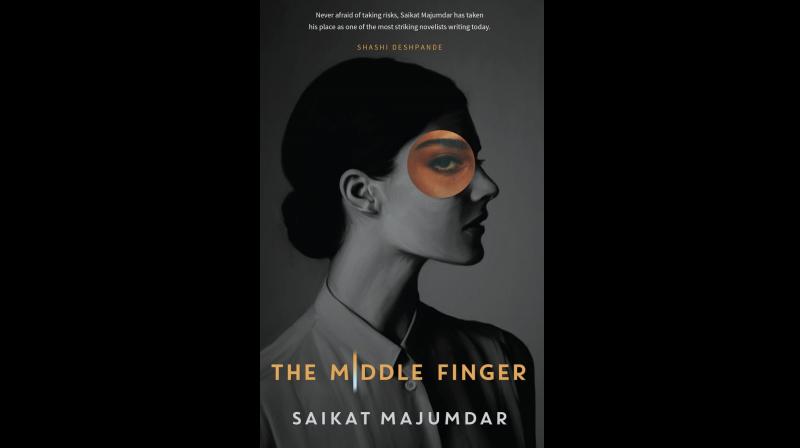 Cover Image of the book 'The Middle Finger' by Saikat Majumdar.

The Middle Finger follows the career of poet and English professor Megha, which initially is not smooth. There’s an unfinished dissertation at Princeton, and it makes her wilt inside. While the “The spires of Princeton were lost”, Megha gets a full time job (and that all-important work visa) at Rutgers state university, teaching basic writing to the masses—a very different world from Princeton’s “white brilliance.”

It’s not as though all is lost, though. Megha’s inspired to write poetry: “Her students babbled inside her. They told her about their lives.They trusted her. They offered themselves. She fed them to the gossip mill of poetry.” While her poetry brings her modest fame, she winces when she sees and hears it being performed on YouTube and in basement pubs and feels terribly guilty about exposing her students’ secrets.

Life takes several upturns, and when she’s offered a job at Harappa, a new university in India she takes it. “This was a new kind of college where students from all over India wandered in on their way to Oberlin, Yale or Williams, losing their way a bit, perhaps their families had put the tuition money away for a Stanford MBA later on, because, this new college, obscenely expensive for most Indians, was obscenely cheap for them, so what to do with the money?”

Megha’s driver Mr Ajmal helps her settle down in Delhi, and it’s through him that she meets Poonam, the other protagonist. Poonam with her broken English comes from a different world. A devout Christian from Ranchi, she helps out at a church in Delhi and wants Megha to teach her English: “I wanted to learn from her. I want to say the Lord’s praise. I want to speak in our church. I want to say how much I love the Lord. How much I can love, I don’t have words for my love. I asked her if she would teach me. She cannot.” Megha tries to explain that teaching English as a language is not what she does, but Poonam persists.

While Poonam is a far cry from Megha’s privileged friends and colleagues, she becomes a part of her life. She pops in frequently to borrow books, stays for chats, drops by uninvited at performances of Megha’s poetry, etc, but it stays a one-way street. Megha welcomes her and cheerfully tolerates her presence instead of ever seeking her out.

Then something shifts and changes after Megha and her friends drop by at Poonam’s church for a service. Poonam speaks at the service too, and her words are fierce and flowing. Did Megha’s influence rub off on her? Could they be kindred spirits, after all?

This book gives you a good look at the world of global academia, and how different cultures merge seamlessly in the world of arts. Students and teachers in particular will enjoy this insider view. The imagery is rather beautiful — not as rude and  “middle finger” as the title suggests. The plot, however, is not quite as compelling.