Even the legendary Rameshwar Nath Kao couldn’t quite play god at all times. 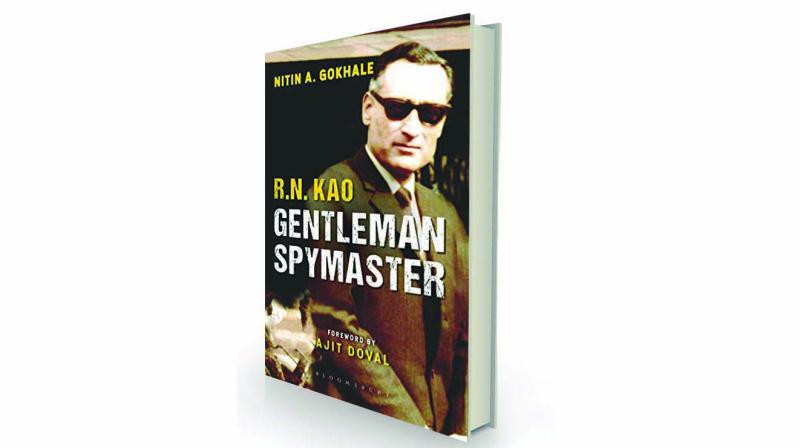 In a perfect world, India’s spymaster would have prevented the assassination of Prime Minister Indira Gandhi and perhaps, stopped the brutal gunning down of Bangladesh’s founding father Sheikh Mujibur Rahman and his family, including his hapless 11-year-old son Russel. (The present Prime Minister, Sheikh Hasina, and her sister escaped the Pakistan putsch simply because they were out of the country.)

But, as this fascinating page-turner by veteran journalist, Nitin A. Gokhale shows, even the legendary Rameshwar Nath Kao, as revered and perceptive as he was, couldn’t quite play god at all times. The Research & Analysis Wing (R&AW) chief’s advice that no Sikh bodyguards should be part of Indira Gandhi’s inner security detail went unheeded. As did his warning to Sheikh Mujib, that a coup was coming, that his life was at risk, delivered in person when he arrived at the doorstep of his Dhanmondi home in Dhaka, posing as a betel-nut seller.

That said, the R&AW founder came close, so very close to perfection. Not only was India’s “George Smiley” respected by his counterparts in Washington, London, Moscow, Islamabad, he earned the grudging admiration of China’s first Prime Minister Zhou-en Lai, when “Ramji” Kao, dispatched to Hong Kong to monitor an investigation into a failed assassination attempt against the Chinese leader by Taiwan, came up with the clinching evidence.

He would go on to pull off two of India’s biggest strategic successes — carving out the new nation of Bangladesh from the erstwhile state of East Pakistan by organising the Mukti Bahini, the Bengali resistance to which Pakistan had no answer; and bring Sikkim into the Indian fold, blindsiding the Chinese who wanted to replace the unsuspecting Chogyal, in 1975.

For those who only know of the Indian Army sweeping into Dhaka, unchallenged, the surprising role played by India’s counter-intelligence operatives led by Kao, is the book’s eye-opener. It’s the untold story, and one of many.

And this is chiefly because the man who nearly always operated from the shadows, and preferred it that way, never really got credit for pulling off what remains India’s biggest foreign policy — and military — success, Kargil, notwithstanding, for which the armed forces got all the credit.

The Kao that we get to see through Gokhale’s eyes is gleaned from prolific correspondence between the master spook and members of his inner circle, the legendary “Kao-boys”, some of whom would go on to lead R&AW once he hung up his boots. The conversations with his family too show the “sensitive, compassionate man behind the façade of a distant, stern, spymaster”.

Gokhale also draws on the personal files of Kao that have been opened up for public purview at the Nehru Memorial Museum and Library, and the P.N. Haksar papers. Both reinforce his larger than life persona. But we will have to wait till 2025 for more. That’s when Kao’s curious, self-imposed bar on some of his papers going public, that he put in place just before he died in 2002, are lifted.

Learning about the man behind the façade, what officers like the serving National Security Adviser Ajit Doval think of him is the book’s abiding draw. But for those who know little of what goes on in the corridors of power, the story behind the story is what will turn the book into a must-read.

Like Gokhale’s recounting of the trigger for the creation of the agency — the 1965 war with Pakistan where he points to the spectacular failure of Indian intelligence in anticipating the infiltration planned by Pakistan on September 1, 1965. Pakistan’s massive troop movement was misread by the Indian Army, which mistakenly believed the attack would come from further north, not the Chhamb sector. And India had no information until it was too late, on what could have been a major game-changer — Pakistan’s fast depleting store of ammunition would only last till September 22!

The much-needed demarcation between external and internal intelligence gathering finally came about when Kao was tasked to launch R&AW in 1968.

The benefits weren’t long in coming. Barely three years later, in December 1971, an Indian mole in the office of Pakistan’s dictator Gen. Yahya Khan leaked his plan to bomb Indian airfields to Kao’s number two, K. Sankaran Nair. India quickly opened up a second front on its western sector, routed Pakistani forces and went on to liberate Bangladesh in 13 days.

And then there was the Kargil blowback, some 20 years after Kao. In May 1999, India went public with a conversation that Pakistan’s then Chief of Army Staff Gen. Pervez Musharraf was having with his Chief of General Staff, Lt. Gen. Mohammed Aziz. Picked up by R&AW operatives, Lt. Gen. Aziz can be heard telling Musharraf, who was in China at the time, how the chiefs of the Pakistan Air Force and Navy were miffed at being kept in the dark about the Kargil invasion. It was that tape that blew Pakistan’s lies on Kargil into the water, and convinced then Pakistan Prime Minister Nawaz Sharif of Gen. Musharraf’s perfidy!

But the final nail in Pakistan’s coffin, courtesy Kao’s brainchild, came to fruition in February 2019 some 40 odd years after he stepped away from the fray, when two R&AW assets sent first hand reports from deep within the Balakot facility. From February 15-22, the agency’s intelligence operatives, Gokhale recounts, “showed the Jaish-e-Mohammed training camp in Pakistan’s Khyber Pakhtunkhwa was getting ready to welcome 150 more trainees from February 25”.

Kao, as Gokhale’s book shows, changed the course of this nation’s history several times over. And these are only the stories that we know of...