Taylor’s proof that Victoria personally had a stronger influence on India than has ever been acknowledged before essentially lies in three things. 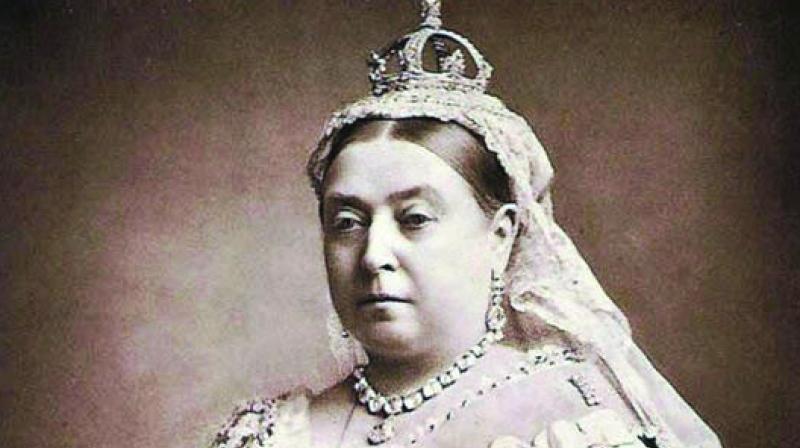 My ambitions as a child on family excursions to Calcutta’s Victoria Memorial on weekend evenings was to, a) eat as much chaat as was available at the maidan opposite the Taj Mahal-like structure, b) ride one of the ponies hired out for short trots, and c) evade the security guards and clamber onto the lap of the enormous statue of Queen Victoria. I managed the last only once. Those guards were quick on their feet.

I also have memories of school trips to the museum within the Victoria Memorial, which were so dull that perhaps even maths in a muggy classroom would have been preferable. But neither set of memories has anything to do with the person the Victoria Memorial commemorates — Queen Victoria. (My interest in her statue was about rule-breaking, not royalty-worship.) Which, now that I think about it, was strange. She was, after all, the first British monarch to rule India after the 1857 War of Independence (aka the mutiny if you’re British), and, according to historian Miles Taylor and his book The English Maharani: Queen Victoria and India, the most popular and influential British royal ever during the Raj, though she never set even a toe on the subcontinent. 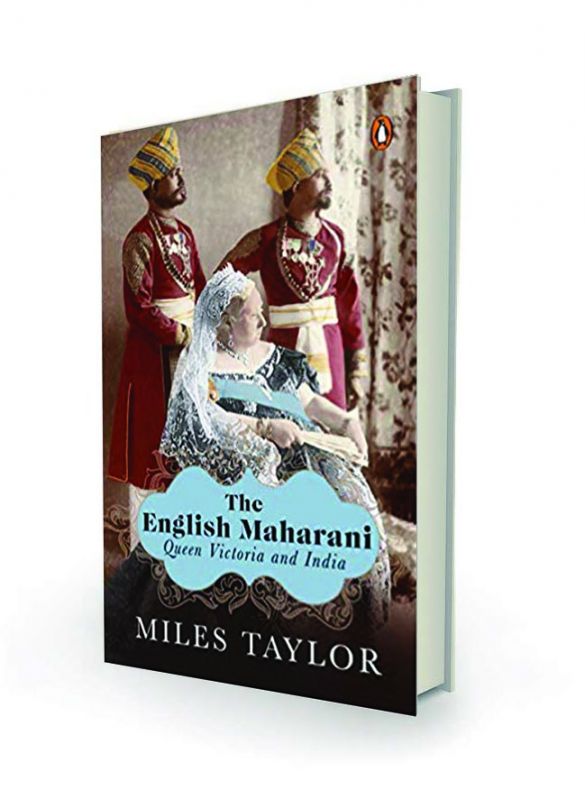 I was thrilled to get my hands on this book for two reasons. The first is that long after I left school, I became fascinated by India’s colonial and freedom-fighting history. And the second is that I felt some guilt about not knowing much about the monarch whose stone lap was so inviting when I was a child. This book, I gathered from the introduction, would tell me more about the queen herself in relation to India than about the abstract entity of the Crown that the viceroys, magistrates, civil servants and defence forces represented during the Raj, something I had never considered before.

So I dived in with much happiness — and also combativeness. How could a monarch so far away from India influence the subcontinent, I wondered after I read Taylor’s introduction. Especially one whose powers in her own country were so curtailed that she was more the face of Britain than its force? Equally important, how could a foreign monarch possibly be popular in an India subjugated in her name, especially when Indians were perceived and treated as racially inferior to the ruling British? I was willing to put aside my very strong anti-colonial emotions to accept the premise of this book, but I wanted lots of proof.

Taylor’s proof that Victoria personally had a stronger influence on India than has ever been acknowledged before essentially lies in three things. First, the Queen’s Proclamation of 1858, when the Crown formally took over India from the East India Company, in which she promised that all previously-signed treaties would continue to stand, that the British government would ensure continuity on the thrones of the princely states, that there would be religious freedom, and that the people of India would be treated on par with her subjects elsewhere.

Second, Taylor points to the way the queen’s name was used in India by British officials. She was to be perceived as India’s mai-baap, her name associated with reform of all kinds, economic forwardness, infrastructure-building, and kindness and care. This worked: Calcutta’s Victoria Memorial was the only government-initiated project in Queen Victoria’s name. Everything else in India that commemorated or memorialised her — hospitals, medical and nursing schemes, bridges, roadworks, railway stations, and so on — was either set up by civic bodies with hefty donations from well-off Indians, or by Indian philanthropists, or the princes of India, or the spouses of viceroys, or the people themselves.

Third, Victoria herself was deeply interested in India, the exoticism of the country fascinated her. According to Taylor and his research sources, she insisted that her princely visitors meet her in their native finery, not European clothes, and she and members of her family planned, initiated and sometimes even provided artifacts for Indian exhibitions in Britain. That apart, it was she who pushed for the title of Empress when the British Parliament would have none of it, she who paid full attention to the wording of the 1858 Proclamation and demanded even more liberal clauses, and she who understood that while her powers in her home country were severely curtailed, she might better have her say as a monarch in India.

Taylor’s research shows how minutely Queen Victoria pored over matters pertaining to India, and how she had her own sources for India-related news and information even as the British government tried to keep her out of India affairs. And she also ensured, particularly as she grew older, that she was always surrounded by Indians, either as servants or soldiers. Some of the people she trusted the most were Indian, much to the horror and dismay of the British government.

All this sounds very promising, but I’m not quite convinced. About Queen Victoria’s popularity in India, I have little to say — this is the first time I have read anything about her as a person rather than as the Crown. When Taylor quotes letters and speeches by Indians that criticised the Crown but simultaneously praised or excused the queen herself of failings, I cannot argue.

I also can’t argue about her deep interest in India — among other things, I have read about her servant-promoted-to-munshi Abdul Karim, her adoptees Princess Gouramma and Prince Duleep Singh, and many, many references to Indian visitors at her court.

But about her influence over India — I don’t think she had much, aside from the 1858 Proclamation and her perception as mai-baap. Her governments were fiercely protective of the powers of Parliament over the monarchy, and much as Queen Victoria yearned to participate in the rule and politics of India, her viceroys were just as keen to keep her away. Much of what she wanted to accomplish was diluted and even deleted by the British Parliament and officials in India. She got her way sometimes, but often not at all, as even Taylor acknowledges in the book.

In any case, all this is moot to me. Even as a child in the 1970s, when India was just about 30 years independent and I played on the grounds of the Victoria Memorial in Calcutta, Queen Victoria was meaningless to me. In 2018, reading a book about her influence on my country is simply a novelty. Interesting, even entertaining at times, but ultimately pointless.