Ideas crystallise in the Kasauli sun 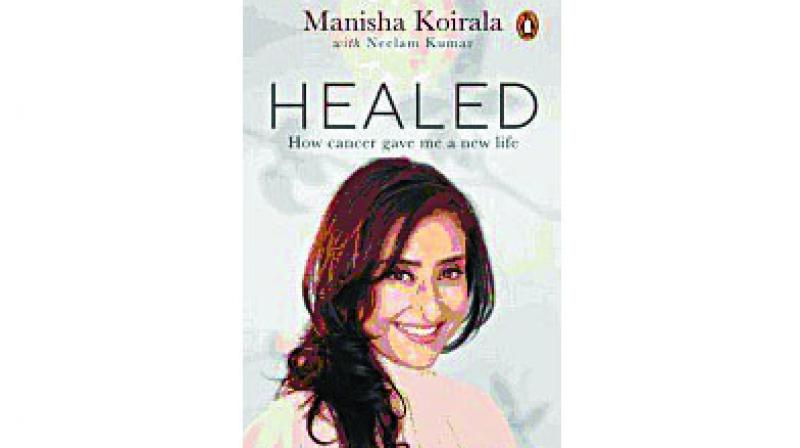 The incipient crisp winter sun lit up the multi-hued marquee at the Kasauli Club as it prepared to host the eight edition of Khushwant Singh Literature Festival. This year’s theme ‘Of Saints & Sinners’ also commemorated 550 years of Guru Nanak, 150 years of Mahatma Gandhi, 20 years of the Kargil conflict, centenaries of Jallianwala Bagh and the great Urdu poet Kaifi Azmi. So unsurprisingly, the bulk of the sessions concentrated on history, military matters (the club being housed in the cantonment area), politics, sainthood, sinners, godmen, art, poetry, and of course a good dose of Bollywood quotient provided by Sharmila Tagore, Shabana Azmi and Manisha Koirala.

Radha Kumar’s “Kashmir: Past Imperfect, Future Tense” was one my favourite sessions. She is the author of several books, including the excellent recent one, Paradise at War: A Political History of Kashmir (Aleph, pp.394, `799), which was the basis for the discussion. The discussants — General Ata Husnain, Tavleen Singh and Tuhin Sinha — were feisty, contrarian and controversial; but amid all that

Sagarika Ghose, author of the new book, Why I Am A Liberal (Penguin, pp.480, `599), in a similar mode, was simultaneously intelligent and forceful while discussing “State Powers & Liberal Values”. She did not mince her words, as one has come to expect of her, and her plea for an egalitarian secular India rang true loud and clear. Another session of parallel interest was “Gandhi: The Disobedient Indian”, which included Ramin Jahanbegloo and Brinda Puri, finely moderated by the journalist Sunit Arora.

Anurag Tripathi, author of Dera Sacha Sauda and Gurmeet Ram Rahim (Penguin, pp.216, `299); Ushinor Majumdar, author of God of Sin: The Cult. Clout and Downfall of Asaram Bapu (Penguin, pp.356, `350); and Priyanka Pathak-Narain, author of Godmen to Tycoon: The Untold Story of Baba Ramdev (Juggernaut, pp.237, `299) — provided a fascinating panel “Godmen: Of Cults, Sinners, Saints” and their “empire of exploitation”. One of the points that emerged was, often journalists covering these controversial stories are out on a limb on their, without the support of the organization they work for. So the only way forward, especially if the reporter is passionate and conscientious to get the story out into the world, is to publish a full-length book. The writers showed honesty, grit and immense determination — not only as they spoke — but also through their written word and books. At the time of the festival Priyanka’s book had a stay order against it, which she had challenged, and the case is in the Supreme Court.

Another interesting session for me was appropriately titled “Delhi: From Sujan Singh to Khushwant Singh”. Both Swapna Liddle [author of Chandhi Chowk: The Mughal City of Old Delhi (Speaking Tiger, pp.196, `499)] and Giles Tillotson [author of Delhi Darshan: The History and Monuments of India’s Capital (Penguin, `499)] showed the trajectory of Delhi’s growth as a city with understated élan.

Jalianwalla Bagh has been the subject of long celebrations recently, and rightly so. Kishwar Desai and her team’s excellent initiative made the much-needed Partition Museum in Amritsar possible. It restores dignity and a sense of history to the rightful players and celebrates the rich important history of that time. The session, “Punjab at the Time of Jalianwalla Bagh” included two star speakers — Navtej Sarna, author of The Book of Nanak (Penguin, pp.160, `250) and Navdeep Suri, author/translator of Khooni Vaisakhi (HarperCollins, pp.128, `399) — both former Indian ambassadors to the UK, USA and Saudi Arabia. The level of discourse was cerebrally calibrated and emotionally restrained at the same time.

Kargil: 20 Years On”' was wonderfully moderated by the prime-time NDTV news-anchor, Vishnu Som. He brought in a soft touch as he narrated the deeds of some of our war heroes. Officer-soldiers Col S.C. Tyagi and Col Sonam Wangchuk (MVC) spoke with patriotic gravitas, highlighting the sense of camaraderie and brotherhood our soldiers show on the front-lines.

Another emotionally charged session included the cancer-survivor, Bollywood actress, Manisha Koirala. She spoke and read from her new book, Healed (Penguin, pp.240, `499), a memoir and her journey through the vicissitudes of her illness. Sathya Saran guided the conversation with sensitivity and many in the audience were left teary-eyed. Another wonderfully crafted book in a similar vein that is well worth reading is Lisa Ray’s Close to the Bone (HarperCollins, pp.386, `599) — one that Deepa Mehta describes as containing “beautiful prose which is accessible, honest, often ironic and heartbreaking all at the same time”.

An epitome of elegance and class, Sharmila Tagore held forth in the session “60 Years of Filmistan” adroitly anchored by the extremely knowledgeable film-buff, editor and publisher, Shantanu Ray Chaudhuri. Tagore highlighted the importance of family (especially her Bengali upbringing), lineage, and education. The session was a potted
slide show of the Hindi and Bengali film industry, with personal anecdotes punctuating the discussion.

The grand finale included the actress and activist Shabana Azmi, Saif Mahmood and I as we did the Kasauli launch of Kaifi Azmi: Poems | Nazms (Bloomsbury, pp.224, `499) — a book I have edited, introduced and co-translated. Azmi read the Urdu poems of her father with perfect pitch and musicality —her side-notes that preceded each reading providing a glimpse into the life of the man himself. Mahmood in his typically exuberant and passionate style moderated the session displaying his immense knowledge of the Urdu poetic tradition. The 200-odd copies of this book in the bookstore sold out within minutes, and the people were left with paper napkins, handkerchiefs and stray pages in notebooks to get signatures.

There was music, performances and film screenings (including an excellent documentary, Peering Souls, by Amardeep Singh, that beautifully traced nearly 100 disused gurdwaras in Pakistan). “The hills [were truly] alive with the sound of music”, dance, fiercely argued debates, and finely
crafted words — a kaleidoscopic mosaic that came together beautifully under the able directorship of Rahul Singh and Niloufer Billimoria — in an atmosphere full of camaraderie and celebration.

Sen is an award-winning poet, translator, editor and photographer; whose most recent book is Kaifi Azmi: Poems | Nazms (Bloomsbury)