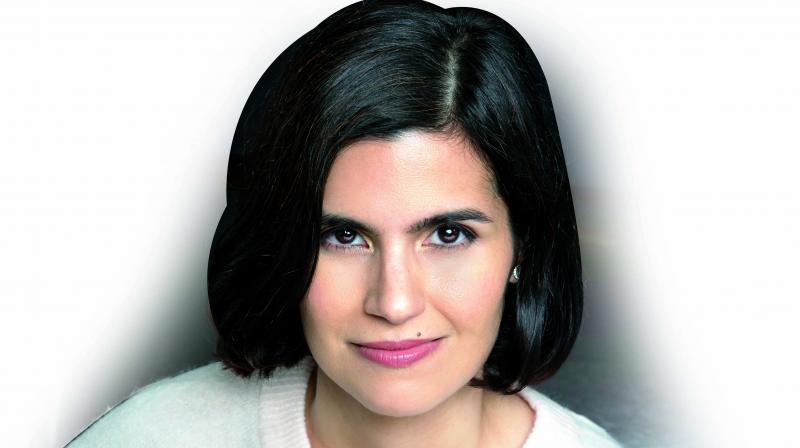 Tanaz Bhathena’s Hunted by The Sky is a lyrical narrative, a historical fantasy saga that touches upon age old issues like untouchability and the caste divide in a mythical world.

The heroines are the female Robinhoods, who wanted to protect the underprivileged, in this case the non-magus from the royal magis. Like all fairy tales, there is an evil King Lohar, who fears his death by a prophecy which claims he will die at the hands of a female star.

The Sisterhood of The Golden Lotus comprises strong, spirited and fiery women who are bound together by a common goal to avenge justice and protect the kingdom from downfall. From the runaway Queen Juhi (One of Lohar’s many wives) to the feisty females Kali and Ambar (women whose journeys have been intertwined after their personal sagas of torture) or the sharp and spunky Gul, who is the main protagonist. The fairy tale must have an evil feminine character: in this case it is Major Shyla, who is vicious and abuses her power fearlessly.

“Suffering is different for different people. The gods never give you more than you can bear at a certain time in your life. Perhaps they have other tests planned for you. Other challenges that they might only re-veal in the future,” Juhi, wisely reveals.

The theme is simple. A girl with magical powers symbolised by a star on her body has been destined with a secret mission to kill the king. In order to protect him, the hunt is on for all females with stars on their body

. These young girls are cruelly dragged from their homes and brutally killed. But, the real one with magical powers alludes the King’s powerful henchmen that include General Tahmasp and Major Shyla, who in a sub plot are competing with each other.

“The prophecy never mentioned if the girl would also be from Ambar, so he decided to hunt for her across Svapnalok, sending his Sky Warriors to the other three kingdoms as well. Naturally, this made the rulers of Jwala, Prithvi, and Samudra furious. They called Lohar’s actions a blatant abuse of power. They also feared a rebellion from within their kingdoms as more girls began disappearing.”

The setting is obviously Indian with a lot of colloquial terms being used to identify traditions, objects and even weapons. This fictional narrative constructively uses its story telling format to teach women the art of learning self-defence tactics, in this case Yudhnatam to not just empower themselves but also protect the weak.

The conversations between the female characters highlights the importance of reigning in one’s emotions while using the powers of focus and inner strength to defeat the enemy. This novel has a very desi Harry Potter kind of vibe, where the language is just as compelling and the visual imagery created through the author’s word is simply enchanting.

“I drew inspiration from two different periods of Indian history while writing this story: the intellectual brilliance of Vedic India and the splendour of the medieval courts. Mythology also plays a role in this series, and I have drawn on both parts of my heritage-Indian and Persian-to conceive my own myths,” Tanaz explains in a note at the end of the book.