Book begins dramatically with a fire cloud raging through a marriage pavilion. 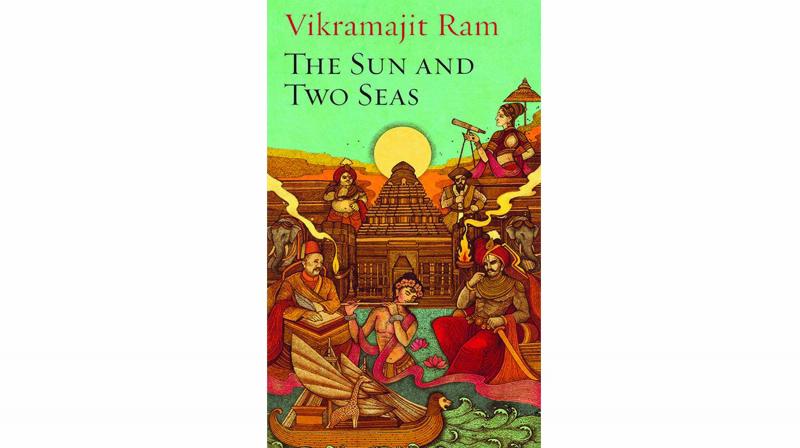 The language is lush to match the setting.

A melange of treason, exotic locations and conniving queens — that’s what Vikramjit Ram brings in his The Sun and Two Seas.

Set in ancient Kalinga in the Kingdoms of Parijatapuri and Cadamba, the book begins dramatically with a fire cloud raging through a marriage pavilion. That incident tinges the rest of whatever happens in the book which travels through time with the sweep of a historical epic. Interlinked kingdoms heighten the intrigue and Narasimha, the only dominant male ruler of Kutack is out to build a Sun Temple with the help of lepers. The leper story harks back to the legend of the image of Lord Jagannath who was supposedly modelled on the lepers who roamed the sea fronts of Orissa.

Narasimha decides on a whim to send some of his prized cattle to an African ruler in the care of his friend from Parijatapuri and his aesthete cousin in law — he is actually trying to save his friend from the clutches of a group of assassins despatched by the Crown Princess of Parijatapuri. In exchange for the cattle the emissaries are ordered to bring back the legendary Zarafa with its long spotted neck — read giraffe. Ram takes as his inspiration the sculptures on the Konarak Temple with their host of eunuchs, lovers and scenes of court life.

As a result, the book teems with people,  keeping track of who becomes difficult sometimes. There is a half Chinese Scrivener who swoons over male beauty and the textures of paper for example or the gaggle of ministers forced to become assassins. Queens lead lives of neglect, independence or sexual dependence in the quest for power. And of course, there is a courtesan who schemes from behind the curtains.

Will the murderers strike before Parijatapuri sails? Will he get over his worries about peeing over the side of the ship? Ram’s language is lush to match the setting and he piles detail on detail to lend authenticity to the atmosphere. Add to that flashes of humour which lighten the weight of archaeological detail and make the characters relatable in a modern context.

Anjana Basu is the author of Rhythms of Darkness