This girl’s anecdote-rich account of her travels across the globe as a traveller has gotten many readers inspired. 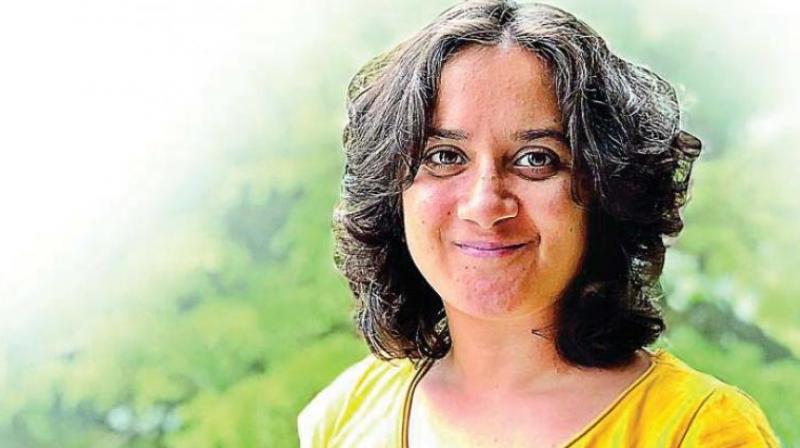 I had read a few books about females and their solo travelling adventures. Thus, author Shivya Nath enthused me. This particular travel memoir consists of a girl, her voyage and her vivid book, The Shooting Star: A Girl, her Backpack and the World.

A book filled with stories of all the places she journeyed to. For me, it began at home as she is from Dehradun. Her first-ever international foray was to Singapore. From here, she travelled to South East Asian countries and worked at the Singapore Tourism Board. But around this time, was when she started feeling that this was not the life for her.

The book speaks of her life before she took off on her journey through Spiti Valley, way back in 2011. Being a monk/nun for a month, experiencing it’s quietitude, solo travelling was the calling she stumbled upon, on those nights at Spiti.

She took off to France, Switzerland, Germany and Italy, on her first-ever Euro trip. This entire trip was just the beginning of a journey into dreams of stars and green hills, lands, spaces and different countries. Different modes of transport, meeting different people, she travels to Mauritius too, where she discovered paradise! Of course, it had its scares and fears.

She actually began fending for herself in Delhi, and this was a lesson for life. Shivya was in Central Americas, where she began learning Spanish, and even tried living with the Mayans. In 2014, she stayed at a vineyard in South Australia, with a Hindi speaking Gujarat-returned Polish man. He had walked through the Ural Mountains, finally landing in Gujarat. It was 1948, when he was put on train to England, and where he would meet his wife and years later, he would have Shivya staying with him in Australia!

Turkey, Bahrain, Canada are only a few names in the shorter stories. In India too, she has traversed hinterlands from the deserts in Rajasthan to the coastal villages in Karnataka and Goa. Of course, in the book, one cannot miss the bittersweet taste of chocolate, all the way from Costa Rica. Shivya lands in a village, deep in the rainforest. We also turn pages, with a few strangers and a mugging incident.

Writing is an oddly solo journey. While one does not want to compare it to other solo travellers’ accounts, yet something about the essence of solo travel is so appealing. The author wanted to see meteor showers, have a few adventures and experience life and that’s what Shivya Nath has done.