Books   24 Aug 2018  Why some laws are obeyed, and some are almost ignored
Books

Why some laws are obeyed, and some are almost ignored

The origins of law and the question of what law is and why people abide by it are matters that have long been debated. 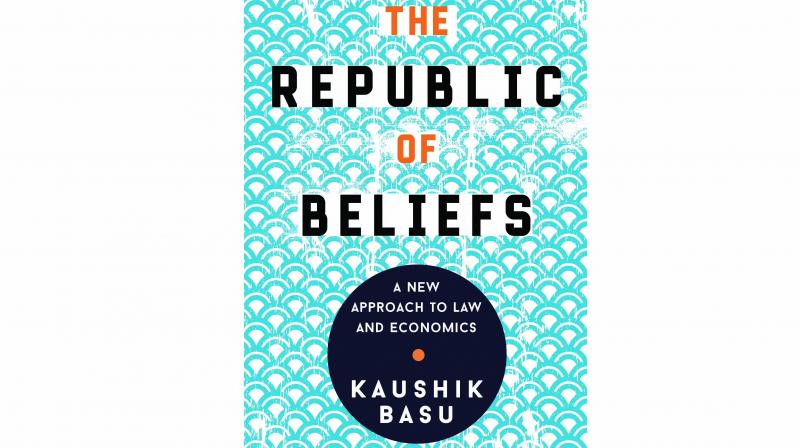 Following is an extract from Kaushik Basu’s forthcoming book The Republic of Beliefs Economists and legal scholars have had an abiding interest in the question of why so many laws languish unimplemented. But an even more intriguing and philosophically troubling question is its obverse. Why are so many laws so effective, being both enforced by the functionaries of the state and obeyed by the citizens? After all, a law is nothing but some words on paper. Once one pauses to think, it is indeed puzzling why merely putting some “ink on paper” should change human behaviour, why a new speed limit law recorded in a book should prompt drivers to drive more slowly, and the traffic warden to run after the few who do not, in order to ticket them.Traditional law and economics dealt with these questions by avoiding asking them.

The purpose of this book is to take on this conundrum of ink on paper triggering action frontally. I will spell out and explain the enigma, and then go on to provide a resolution. This forces us to question and in turn reject the standard approach and replace it with a richer and more compelling way of doing law and economics. The new approach, rooted in game-theoretic methods, can vastly enrich our understanding of both why so many laws are effective and why so many laws remain unimplemented, gathering dust.

Given the importance of law and economics for a range of practical areas, from competition and collusion, trade and exchange, labour and regulation to climate change and conflict management, the dividend from doing this right can be large.

This monograph contributes to this critical space that straddles economics and law, and is thus vital for understanding development and peace, and, equally, stagnation and conflict.

The hinterland between different disciplines in the social sciences is usually a rather barren space. Despite proclamations to the contrary, multidisciplinary research remains sparse, its success hindered by differences in method and ideology, and a touch of obstinacy.

The confluence of law and economics stands out in this arid landscape. Ever since the field came into its own in the 1960s, with the writings of legal scholars and economists showing recognition of the existence of and even need for one another, the discipline of law and economics has been gaining in prominence. The need for this field was so obvious and immense that it did not brook the standard hindrances to interdisciplinary research. Laws are being created and implemented all the time; one does not have to be an economist or a legal scholar to see that a poorly designed law can bring economic activity to a halt or that a well-crafted law can surge it forward. For this reason the confluence of law and economics was an active arena of engagement even before the field had a name. In the United States, for instance, concern about collusion among business groups dates back to the late 19th century.

The Sherman Antitrust Act in 1890 and later the Clayton Antitrust Act of 1914 and the Robinson-Patman Act of 1936 were landmarks in the use of the law to regulate market competition and deter collusion.

As so often happens, practice was ahead of precept. While there was no subject called law and economics then, small principles were being discovered and acted upon by policymakers and practitioners. It was, for instance, soon realised by American lawmakers and political leaders that while curbing collusion was good for the American consumer, it handicapped US firms in the global space.

In competing against producers in other nations and selling to citizens of other nations, it may be useful to enable your firms to collude, fix prices, and otherwise violate domestic-market antitrust protections. This gave rise to the Webb-Pomerene Act of 1918, which exempted firms from the provisions of laws that ban collusion, as long as they could show that the bulk of their products were being sold abroad. Japan would later learn from this and create exemptions to its Anti-Monopoly Law, exempting export cartels from some provisions.

The realisation of the power of the law to affect markets was in evidence when, soon after the defeat of Japan in the Second World War, the allied forces quickly imposed a carefully designed antitrust law on Japan. This was the so-called Anti-Monopoly Law 1947. Japan would later modify it to reinvigorate its corporations.

Not quite as directly as with the American experience but nevertheless with important implications for everyday life, the practice of law and economics goes much further back into history. Human beings were writing down laws pretty soon after they learned to write anything. The most celebrated early inscription was the Code of Hammurabi. Written in Akkadian, the language of Babylon, these laws were developed and etched on stone during the reign of the sixth king of Babylon, Hammurabi, who died in 1750 BCE. Ideas in this code survive today, such as the importance of evidence and the rights of the accused. It also gave us some of our popular codes of revenge, the best-known being “an eye for an eye”. The codes survived, but not without contestation. It is believed it was Mahatma Gandhi who warned us, nearly 4,000 years later, that “an eye for an eye will make the world blind”.

Indeed, it is possible to argue that the idea of law existed even before we invented writing. This took the form of conventions passed on by word of mouth. And some would argue that, in this broad sense, law predates humans. Laboratory experiments show that capuchin monkeys give evidence of a sense of fairness and, by extension, the propensity to punish those who play unfairly. In the present book, however, I stay away from such a broad, all-encompassing notion of law.

The origins of law and the question of what law is and why people abide by it are matters that have long been debated. Much of this discourse was fueled by the enormously influential debate for and against “legal positivism”, which was in turn a response to Austin (1832), who argued that “a  proposition of law is true within a particular political society if it correctly reports the past command of some person or group occupying the position of sovereign in that society”. Austin defined a sovereign as some person or group “whose commands are habitually obeyed and who is not in the habit of obeying anyone else”. (my italics) But why such commands are obeyed and how the sovereign can get away without obeying anyone else (to the limited extent that these are true) were poorly explained by not just Austin but also later legal scholars and philosophers.

While Austin and Hart were both legal positivists, Hart distanced himself from Austin’s view of law as “command” to the idea of law as “rules”,  thereby suggesting that they may not need enforcement by a sovereign or a higher authority. There is an element of obligation naturally built in. Underlying this notion of law is an innate sense of justice and fairness.