Stepping out of the shadows

Gay Icons of India celebrates 22 extraordinary personalities from the queer community who have resisted injustices through their art. 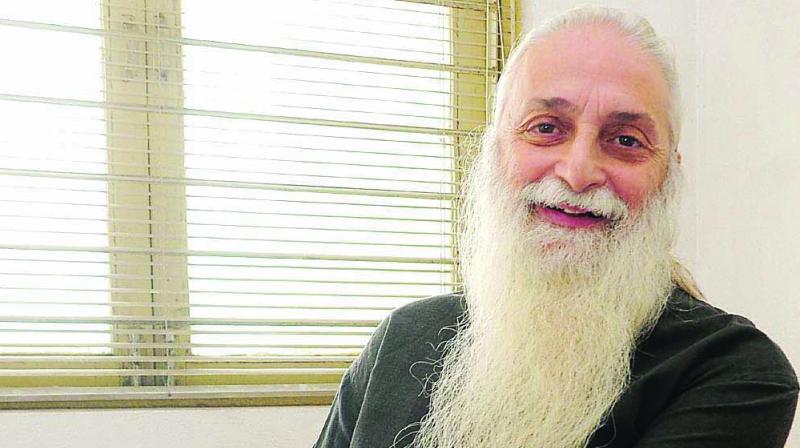 The abolishing of the controversial section 377 by the Supreme Court of India on September 6, 2018 proved to be a major victory for the LGBTQ+ community, which has long been fighting for its rights and recognition in society.

Through their book, Gay Icons of India, authors Hoshang Merchant and Akshaya K. Rath pay homage to 22 inspirational figures from the queer community, who fought for the equal opportunity to love and the right to be different.

The authors recall that while a 2009 court judgment altered section 377 to allow consensual sex in a private space irrespective of gender, a 2013 judgment criminalised homosexuality once more.

Merchant condemns the 2013 court ruling as “vindictive” but points out, “There is hope in that the same court ruled in favour of transgenders. I personally think this stems from Indian sentimentality: ‘these poor people were born this way’ while homosexuality is taken to be an individual’s wilful self-perversion. Besides, Hijras are highly visible and vocal; homosexuals have been hiding forever and ever, in India.”

Meanwhile, post the 2018 ruling, the situation across the country has only marginally improved. The police still harass the people of the community and animosity still exists in society. As Merchant states, “One of the most searched words in India is ‘Section 377’, the nature of which is anti-gay.” 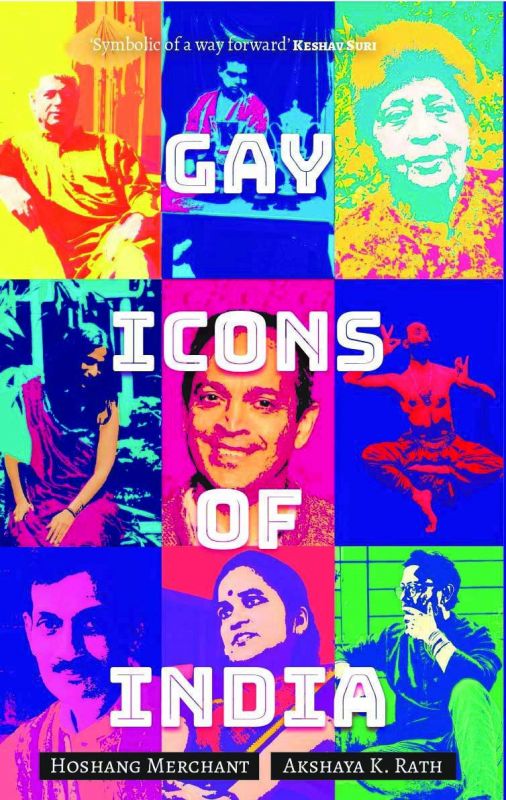 Taking us through 185 years of oppression, Gay Icons of India is divided into three parts, namely ‘The Forerunners, the Contemporaries and the Future’.

The book begins with one of the most iconic and celebrated gay icons of India, Ram Gopal or the Dancing Queen who took a while to find his footing, but eventually developed his own form and style, with his turban and jewellery making him a distinctive figure across the stage of world dance.

Another iconic figure in the Forerunners section is author Hoshang Merchant, who keeps going back and forth to his life and lessons learned. Observing how the term ‘closet’ refers to the shame-inducing society, the author feels that the only way to come out is to shatter the closet, shatter the shame and shame the shamers.

‘The Contemporaries’ includes the revolutionaries and hard workers who struggled through allegations of AIDS and societal oppression even as they attempted to move forward.

Writer Vikram Seth had his own struggles coming out as a gay man in India. Merchant observes how his heterosexualized romances show no physical passion as in An Equal Music, which is about his ten-year affair with his English lover. In fact, Seth chooses to keep the stanzas of his poems gender-free, thus giving the liberty to the reader to identify their lover as either male or female.

Merchant states: “Only the modern homosexual has to go about his business in stealth. Mishima, the great Japanese gay novelist, said, ‘An artist should look like a banker’. By all means, be what you want to be but don’t give away your game because others will interfere with you.”

Outer looks and people’s perceptions have structured the growth of many a gay individual in the Indian society. One such iconic filmmaker, Rituparno Ghosh was known for his praiseworthy films, yet remembered more for his looks. So when he stepped out wearing his mother’s tankha sarees and gold jewellery and ordered a coffee at a five-star restaurant, he was politely served like any other celebrity. However, a sex-change operation gone tragically wrong robbed the world of cinema of an excellent filmmaker.

The last section of the book highlights the present day icons of the community who are the torchbearers of the future.

One such personality is Wendell Rodricks, who is an openly gay man in the world of fashion, long considered to be the purview of women.

The book concludes on the same note that it begins on. Gay Icons of India provides a full-throated reminder not only of the Western slogan that ‘we are here and we are queer’, but also of the significant contributions made to modern Indian culture by gay men and women.