The only way the novelised Nayak can find readers is by reviving the enthusiasm that one might have felt when one first saw the film. 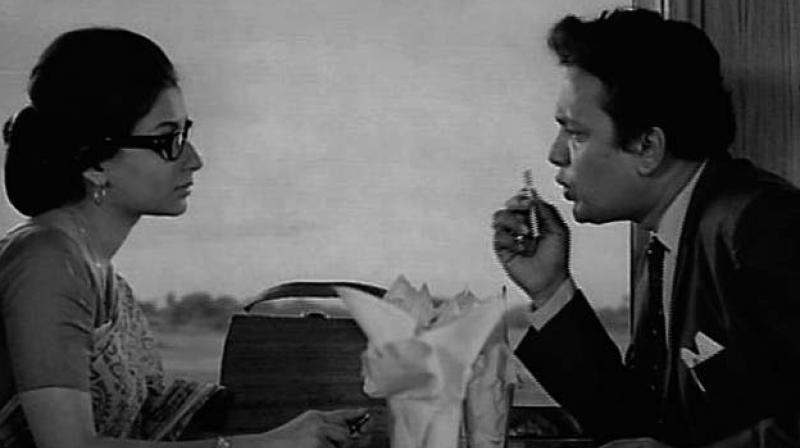 You cannot take a movie to bed no matter how much you love it. Can a book version of a favourite film (especially if it happens to be a widely feted masterwork) ever be a good enough substitute for flickering images on a big screen? Bhaskar Chattopadhyay’s novelisation of Satyajit Ray’s Nayak: The Hero makes a fair fist of an onerous job. The book, derived from the screenplay, comes rather close to leaping across the chasm that necessarily exists between the resources at cinema’s disposal and the tools available to a writer of fiction.

The novelised Nayak, which faithfully follows the chronology of the film, makes up for what it inevitably loses in terms of cinema’s access to ellipsis, framing, sound and suggestion to convey meaning and emotion through the use of descriptive elaborations and granular back stories that aren’t a part of Ray’s self-authored screenplay for the 1966 film that won the Special Jury Award at the Berlin Film Festival.

Even if it were a standalone book, Nayak: The Hero would pass muster. It is a readable, lucid expansion of the story of a Bengali matinee idol whose carefully preserved image is peeled off layer by layer by the editor of a women’s magazine who decides on the spur of the moment to interview the superstar during a 24-hour train ride from Calcutta to Delhi. The man behind the mask, as he lets his guard down, reveals his frailties, fears and regrets offering the reader the portrait of a super-successful but deeply flawed mass entertainer. 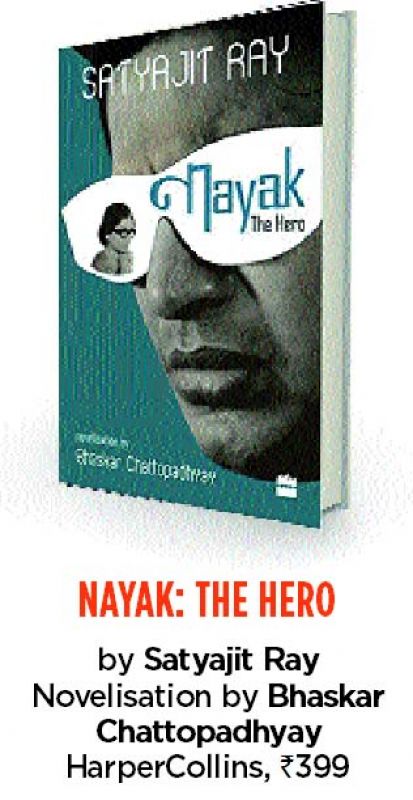 The book keeps the film’s essence intact in its exploration of stardom and the nature of fandom, the wages of showbiz success and the adversarial relationship between cinema and theatre, and through it all a probe into the psyche of the 1960s Bengali bhadralok, all of it obviously drawn from the film. The thrust of the film’s theme is still as relevant as is was half-a-century ago.

The narrative elements that make up the film, which features Uttam Kumar and Sharmila Tagore in the lead roles, are described in detail in the book. To that extent, it could serve as a helpful companion piece to a marvellously insightful cinematic probe into the life and times of a movie actor through means that go back and forth between the strikingly minimalist and the stylistically expansive.

In the film, the “nightmare” sequence in which the hero sinks into a quicksand of money while his disillusioned theatre mentor withdraws his outstretched hand was presented as a literal, heightened rendition of the movie star’s gnawing sense of guilt.

In the book, the scene occupies several pages on which every split-second of what we see on the screen is spelt out in words. Somehow, the impact of the powerful cinematic passage is lessened. But that isn’t the writer’s fault. It is the medium that lets him down.

There is nothing novel about the novelisation of a film. It has been a norm in Hollywood for many decades. From 1933’s King Kong, one of the first mainstream American movies to be turned into a book, to the 2014 blockbuster Godzilla, whose novelised form made it to the NYT Best Seller List, moving images have been frozen into words on static printed pages times without number.

In India, though, novelisations are a recent phenomenon sparked principally by Bahubali: The Beginning (2015), which last year became Anand Neelakantan’s The Rise of Sivagami. There have been other such books in the recent past — Anushka Ravishankar’s Dhanak (based on Nagesh Kukunoor’s 2016 film of the same name), Suhrita Sengupta’s All that Could Have Been (from Mahesh Bhatt’s Hamari Adhuri Kahani, 2015) and Kersi Khambatta’s The Village of Pointless Conversation (from Homi Adjania’s Finding Fanny, 2014), besides a graphic novel version of Sholay.

It is, however, unusual for a film like Nayak to receive book treatment. In Hollywood today, publishing tie-ins are usually reserved for sci-fi, fantasy and superhero films — tent-pole productions that have a worldwide following and whose fans have an unquenchable thirst for spinoffs of all kinds. What are the notable contemporary Hollywood smash hits that have been novelised? Dawn of the Planet of the Apes, Interstellar, Air Force One and Saving Private Ryan are among them.

The only way the novelised Nayak can find readers is by reviving the enthusiasm that one might have felt when one first saw the film.

For this writer who watched the film at least a decade and a half after it was released, the book is a welcome tribute to a wonderful film and its celebrated creator. That apart, it is an invitation to watch Nayak one more time and discover aspects of it that eluded one on earlier viewings. How many Indian readers would be enthused to embrace the book with that intent in mind? On that will hinge its relevance and success.