Of dreams and vision, hopes and desires

And so I commend these poems and perhaps they might move others, as they have moved me. 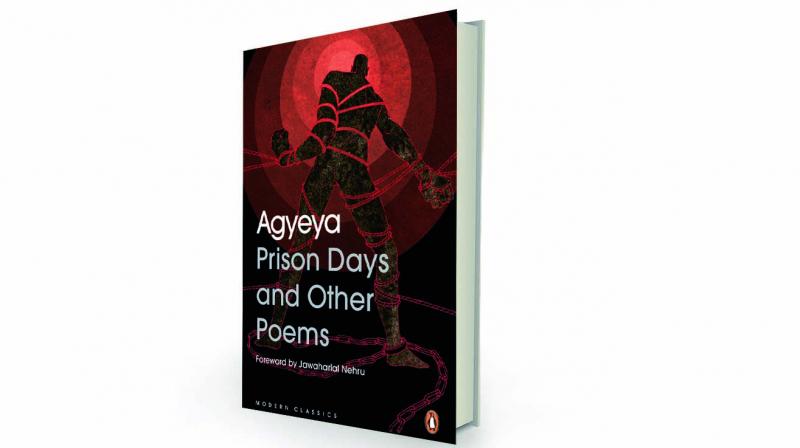 Prison days and other poems by Agyeya Hurst, Rs 250

For many months I have had the manuscript of these poems with me, a constant reminder to me of my promise to write a few lines as a foreword. And yet I have found it strangely difficult to write this foreword, although I have done a great deal of writing on all manner of subjects during this period. I am no judge or critic of poetry and so I hesitated, but I love poetry and some of these little poems have appealed to me greatly. They have stuck in my mind and brought back to me memories of prison days and that strange and haunted world where men, whom society had branded as criminals and cast out of its pale, loved their narrow circumscribed lives.

There were men there who had been involved in a killing, men known as dacoits and thieves, but all of us were bound together in that sorrow-laden world of prison, between us there existed a kinship of spirit. In the lonely chambers which were our cells, we walked up and down, five measured paces this way, and five measured paces back, and communed with sorrow. We found friendship and companionship and refuge in thought and on the magic carpet of fantasy we fled away from our surroundings.

We lived double lives — the life of the prison, ordered and circumscribed, bolted and barred, and the free life of the spirit, with its dreams and visions, hopes and desires.

Something of that dreaming comes out in these poems, something of that yearning when the arms stretched out in search of what was not and clutched at empty space. Something also of the peace and contentment that we managed to extract even in our loneliness in that house of sorrow. There was always a tomorrow to hope for, a tomorrow which might bring deliverance.

And so I commend these poems and perhaps they might move others, as they have moved me.

Bars facing bars,
My cell facing your cell:
And the same slanting sun flooding us both
With a red glad good-morning.
I do not see your face, stranger.
You are far.
If I sang to you
You would not hear my voice;
If I waved my arms to you
You would not see it for the sun in your eye.
I have not known you,
Yet with every throb of my heart a voice seems to
call —
‘His also beats.’
Life is all bars facing bars,
But if every morning with every heartbeat
We could fill with the knowledge
That to the same rhythm
Another’s also beats —
Ah! would the glad red sun not always shine
Into the morning of Eternity?

We were the breakers
We broke traditions
And behind every tradition broken was a life lost,
Behind every life lost was a fresh link in a new chain,
A fresh tradition...
A thousand voices tell me we have failed,
I have not the heart to deny.
We have lost a thousand lives and built
Not a nation
Not a faith
But a myth...
Yet it was a myth that fired the old martyrs —
The myth of God:
It was a myth that bound a thousand million men in the pact
of Buddha —
The myth of love:
Today we too have bled for a myth —
The myth of suffering:
Shall not this greatest of all myths give us those three things —
Three simple things
That we have not known,
That the world today denies and derides,
But that yet have existed

Like a forest fire
I have burned in solitude
Consuming myself;
Like a showerless October cloud
You have ever kept passing by.
I have burned,
I am consumed,
Yet from these countless flickering lights
I am a thing apart
They are pretty, but glow-worms:
I am a consuming forest fire.
They glimmer and flit about
Following easy paths through rifts in the foliage,
I do not make paths, I sweep through the burning foliage,
I am hard and hideous
I am solitary
I am a forest fire.
In the lack of you
Burning has brought its own solace
In more quenchless burning:
Come not now, pass by, O beautiful
Showerless October cloud
I burn too hot.