When giving up is not an option

‘Being Reshma’ is a book about by a young girl who rose from being just a victim of an acid-attack. 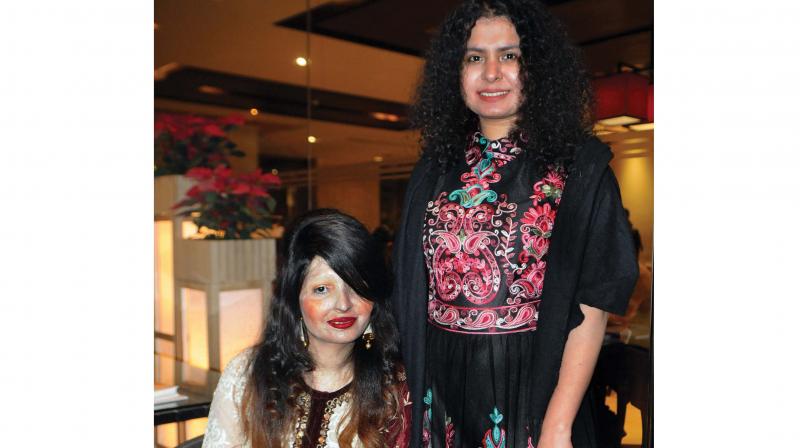 To raise one’s voice against crimes is the right of innocent people and it should be taken seriously. Reshma Qureshi, an acid attack victim who defied all odds and broke the shackles of injustice is one such example. Tania Singh wrote ‘Being Reshma’, which was launched in the Capital recently. Tania is the CEO of ‘Make Love Not Scars’, an NGO that works towards rehabilitating and empowering acid-attack survivors.

Clearly emotional, Reshma Qureshi said that she was very glad that her book was launched and written by Tania Singh. She feels happy that her story will go places and a lot of people will read it. Initially she went into depression and even tried to commit suicide. She never spoke to anyone at all for that period of time. Her brother explained to her that she has her whole life ahead of her.  He said life doesn’t get over and there is lots to be done. Ria Sharma who founded ‘Make Love Not Scars’ met her 3 months after the attack and sat wither for 2 hours hugging her. That made her feel that life can begin again. She got a lot of family support and feels happy to reach the position she is in currently. She wants everyone to read the book as acid attacks have become very common. “When I see acid attack survivors I feel very sad as I can relate to their condition. I feel that people should kill the person only but not attack with acid because an acid attack is just unbearable and whomsoever it happens to can only understand what the feeling is like. Lives get ruined but if we fight, we can go miles ahead in life. We can say that the face is not the most important part of a person, but what is important is to have a good heart,” says the brave Reshma Qureshi. 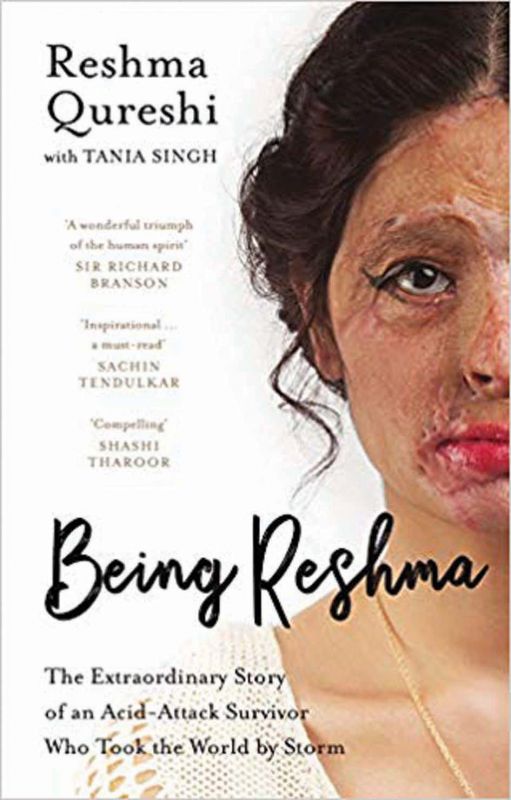 Rising from tragedy, Reshma soon made global headlines and created history by becoming the first acid-attack survivor to walk the runway at the New York Fashion Week.

“I met Reshma in 2014, when she had just been attacked with acid. That time she wasn’t very talkative and was not getting too much medical help and the system was being very unfair to her. Now Reshma has a book and she has achieved phenomenal things which are difficult for a normal person to achieve, who is not hurt in that manner. I met Tania Singh on the roof of our office as she was volunteering. That is when I found out that she was a burn survivor as well. That was our initial point of conversation and that is when we hired Tania and then we realised we can’t live without Tania and can’t work without Tania. Now she is the CEO of ‘Make Love Not Scars’ and does more work than I do and she constantly gives me hell. I get a lecture every second day about not working enough. I remember a time when we were going to launch Reshma and no magazine would carry her photograph as her face was too disfigured and here is her face on the cover of a book,” says Ria Sharma, founder of ‘Make Love Not Scars’.

Tania Singh went on to say that this is one of the most inspiring books one can read. “I am saying that because I think the fact of the matter is that here is a girl who was the face of a campaign which ‘Make Love Not Scars’ ran and overnight we had 350,000 signatures on a petition addressed to the Prime Minister of our country demanding a ban of over the counter sale of acid. And Ria had run that campaign very well and successfully- so successfully that she in fact slept till the afternoon and at that point she had 8 missed calls saying that her website has crashed 8 times and that is really good because whenever a website crashes it means that more than 10,000 people are trying to access it at the same time. So I feel that while she slept the world changed overnight when it came to acid attacks and after that Reshma proceeded to go on and work for the fashion week and she is now an activist, a model, a blogger, and she designs her own clothes as well. She is just too talented, so this book will tell you exactly why we need to hear people who don’t have a chance or a voice in this world.”

Singh also pointed out that we need to give them a platform because prodigies, appear in the most unexpected places and it is our responsibility to make sure that everyone has equal opportunities today and this is the one and only book out of the Indian subcontinent which is written by a survivor of a gender based crime and at a time when women’s rights are at the forefront of every conversation we are having in India. “I think it is good to put a face to the statistics we see everyday. My favourite line is the one which says you know if you read one story it is devastating but if you see a tragedy taking place to millions of people it becomes a statistic. I don’t want acid attacks to become a statistic, which is why it is very important for all of us to read this book and spread awareness. Buy it, gift it to your friends and let everyone know the harsh reality of gender-based crimes in India. And on that note I would like to let everyone know that Ria who is the founder is coming up with her own book called
‘Make Love Not Scars’ and it chronicles her journey from the age of 21 till now as she set up the organisation and has been the only Indian ever to win the Bill and Melinda Gates Foundation, Sustainable Development.