Overall, the book compiles the ordeals of 16 such young men 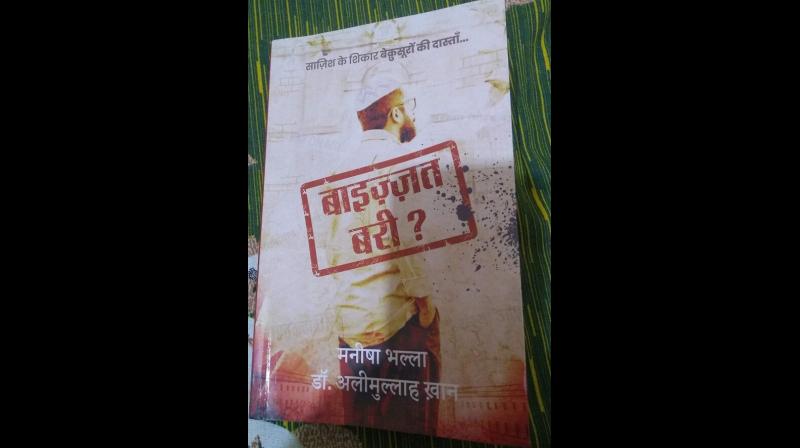 After the Government of India banned the now infamous Student Islamic Movement of India (SIMI) in 2001, a number of Muslim youths were picked up by the government agencies from all across the country. These stories were duly reported in the media, detailing how these youths were indoctrinated into terror and they embarked on the mission to destroy India. Fifteen to twenty years later, when the majority of these youths have been acquitted of all charges against them, few media outlets have bothered to tell the story of the devastation that was wreaked upon their lives at the prime of their youth. Social activist Aleemullah Khan and journalist Manisha Bhalla’s book Baizzat Bari? (Acquitted with Honour?) does not merely fill this void, it stirs a nation’s conscience by describing story by story how not only these youths have turned into broken middle-aged men, but also how their families, too, are struggling to piece together their lost social esteem and tide over financial woes.

Overall, the book compiles the ordeals of 16 such young men. The number of acquitted youth, according to writers, runs into hundreds. “We have compiled only 16 stories as we could travel and bear to listen to only these few scary tales,” Aleemullah Khan, one of the writers, told The Asian Age. “When we recollect our composure to gather more such sad stories, we will come up with an additional volume.”

The first chapter chronicles how 12 minutes in the life of Tariq Ahmed Dar, the Kashmir in-charge of the renowned Johnson & Johnson company, turned into 12 years of life behind bars and frequent visits to the court. “Meanwhile, he underwent all types of torture which a human mind can imagine at the hands of investigative agencies that were hell bent to prove him a terrorist involved in setting off a series of blasts in India,” says the book. His job was terminated and his family barely managed finances required for his lawyers. He had to face a hostile environment within the jail premises. However, he overcame this by teaching jail inmates. Delhi’s famous gangster, Neeraj Bawana, is one of his students. Tariq recounts that many inmates postponed their intention to commit suicide because he engaged them in reading and writing. Ultimately, in 2017, Tariq was released, and acquitted of all charges. He was 30 and a working young man when he was arrested and now a 42-year-old unemployed terror-tainted middle-aged man. Many of his family members died during this period. His toddler had grown up but forgotten his face.

Similar is the story of Mohammed Hussain Fazli, a shawl-weaver from Kashmir, who was picked up by a joint team of Delhi and Jammu & Kashmir police in 2005, allegedly for his involvement in the Delhi serial blasts. He underwent everything that Tariq had to go through. His only crime that the police tried to establish was that the terrorists used his SIM card. The story could not be proven in court and he was freed in 2017. When Fazli was arrested, he was unmarried. His incarceration has ensured that he might not marry ever. This is only one of many tragedies that Fazli is living with daily.

Another sad tale that the book narrates is that of Syed Wasif Ali Haider, son of a Sahitya Akademi awardee. He hails from Chamanganj in Kanpur, UP. Till July 2001, Haider was working with a multi-national — Becton, Dickinson and Company — as sales area manager. Suddenly one day, he was picked up by the police and soon he was the headline of the media — a purported member of Pak-based Hizbul Mujahideen. Later in 2004, he was found guilty of murdering Kanpur additional district magistrate (ASM), Chandra Prakash Pathak. He appealed in the Allahabad high court that exonerated him of all charges in 2009. Yet, the media, led by local Hindi dailies, continued to call him a terrorist for a very long time to come. Whenever any incident related to terrorism took place, the Hindi media linked it to Haider. Haider, like many Muslims in India, learnt to live with this tag.

Next are stories of Gulzar Ahmad Wani, a Kashmiri, and Mohammed Mubeen from UP — both research scholars — were arrested from AMU when former vice-president of India, Mohammed Hamid Ansari, was the vice-chancellor of the university. Their arrests had led to a massive student agitation in the university. However, like Tariq, Fazli and Haider, both faced illegal police custody, third degree torture, framed terror charges and then a long spell in jail. They were arrested in 2000 and 2001 and released in 2008 and 2017, respectively, freed of all charges.

Every chapter of the book tells an equally sordid tale of a young life destroyed by police and other government security agencies. All of these youths were accused of being terrorists, members of SIMI and masterminds of several blasts in India.
The question that is asked of the reader, therefore, is — when these youths were not perpetrators of those terror acts, who were the actual perpetrators? Why did the police never bring them to book? Why did their lives stay unscathed by their crimes?