Book Review: Obsessed; a tale of love gone all wrong 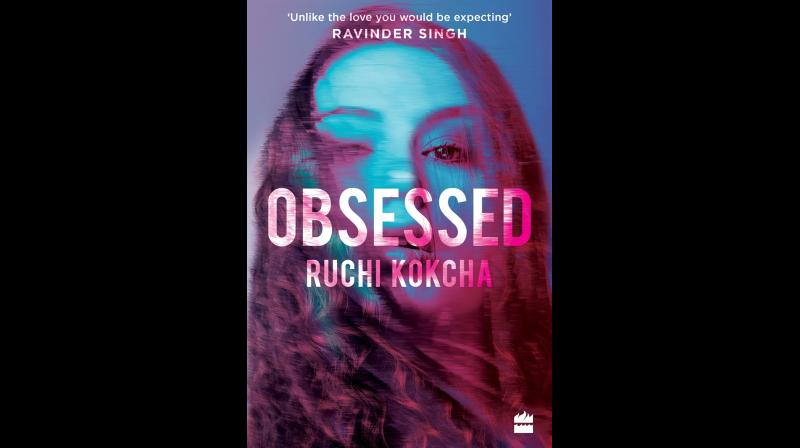 A breezy read, Obsessed, by Kokcha meanders amongst Greek concepts, love, lust, murder, mystery and a sense of hopelessness in life that is all too real.

An investigative journalist working in Mumbai, Avik feels that his life has gone into a slump. Far from getting a big break, he finds a dreaded monotony creeping in, both in his professional and personal life that leave him decrepit and craving for more.

Amidst all this, Avik gets the chance to write a story that might change his life forever. The mystery behind millionaire Kalki Rajput's murder was never discovered and Avik is asked to set out to his birthplace Delhi, in search of the truth. But the question remains, does he succeed? Or does the journey draw him in closer to a more sinister destruction?

Ruchi Kokcha’s debut novel Obsessed is a bundle of contradictions. At once, it delves into an area that is still much tabooed in Indian society. Electra complex is not something we would like to discuss openly about, and there the author excels in bringing to the fore a sensitive issue. However, the narrative itself lacks spunk and the protagonist’s concept of love seems wavering and often – confused.

Ananki, the other side of the spectrum, is what the novel turns out to be all about, a confined madwoman, daughter, lover (?) she is the eldest child of the dead Kalki Rajput and perhaps the only one with answers to an unsolved mystery.

Avik sets out to find answers from her, only to find himself being irrevocably being drawn towards her in a primal love/lust feeling.

While the book does have its moments, a lot remains underdeveloped, primarily amongst which is the author’s handling of Ananki’s mental health.

From Ananki’s wetting her bed as a child, to her becoming obsessed with her father as a lover (Dad to Da), to perhaps nothing more than a murderer, the psychology behind the rise and fall of the character could have been dealt with in a more comprehensive manner.

There is a wonderful build-up in Kokcha’s novel, from Avik’s journey to him meeting Ananki for the first time, his dreams which somehow reign over his conscience to him getting shot at, hinting towards a larger mechanism at work. However, somewhere things start breaking apart, as the mystery behind mysteries start clearing up, Ananki gets reduced from a mysterious figure Pagan gods are made up of (very Circe like in her initial introduction) to a desperate woman who has far removed herself from reality.

What happens to the protagonists at the very end remains is best left to be read.

A breezy read, Obsessed, by Kokcha meanders amongst Greek concepts, love, lust, murder, mystery and a sense of hopelessness in life that is all too real, but at the end of the day, while it has flashes of brilliance, seemingly fails to be anything more than a one-time-read.