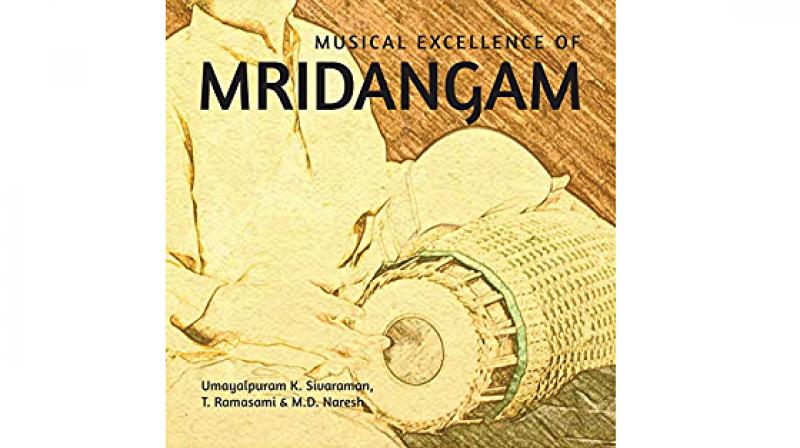 The book starts with a conversation with Sivaraman, an active researcher on the construction of mridangam. (Image: Amazon)

Legendary mridangam exponent Umayalpuram K. Sivaraman, who has completed 75 years of his musical career, has authored the book, Musical Excellence of Mridangam, jointly with eminent scientists T. Ramasami and M.D. Naresh (formerly associated with Central Leather Research Institute in Chennai) to study the tonal properties of the instrument.

Mridangam, also called Naadha Vadhiyam and king of percussion instruments, has evolved over centuries and is the key accompanying instrument in Carnatic music. The instrument not only provides tonal beauty but also embellishes the music by adding to harmony.

The book, or the monograph as the authors prefer to call it, starts with a conversation with Sivaraman, an active researcher on the construction of mridangam. The octogenarian maestro elaborates his philosophy of the instrument towards musical excellence. He then goes into the weight and shape of mridangam and lays stress on the need for researchers to make the black patch (the main component of the instrument in producing the naadham) durable for longer periods of time.  According to him, the art of mridangam lies in extolling the perfection and beauty of naadham (tone) and should demonstrate the tone of Naadha Vadhiyam.

The book has a detailed chapter on Nobel Laureate C.V. Raman’s pioneering scientific investigations into the harmonics of mridangam sound. Raman’s work published in the 1920s on acoustic properties of the instrument demonstrated that unlike other percussion instruments of western origin, mridangam produced harmonic vibrations. He explored the origin of harmonics and the role of black patch in the creation of harmonics.

The last chapter on synthetic mridangam (built using fiberglass shell and synthetic drum heads instead of animal hide) analyses if the instrument can evoke similar harmonics.

The authors have drawn the attention of both art and scientific communities for making collaborative efforts on Indian musical instruments as subjects for research by presenting the case of mridangam as an example.

The research findings documented for the benefit of the posterity will definitely help further scientific research on Indian instruments.
Overall, Musical Excellence of Mridangam seeks greater synergy between modern science and art forms, and endeavours to perfect the art of playing and crafting mridangam.