How Tibet lost its independence and India its gentle neighbour 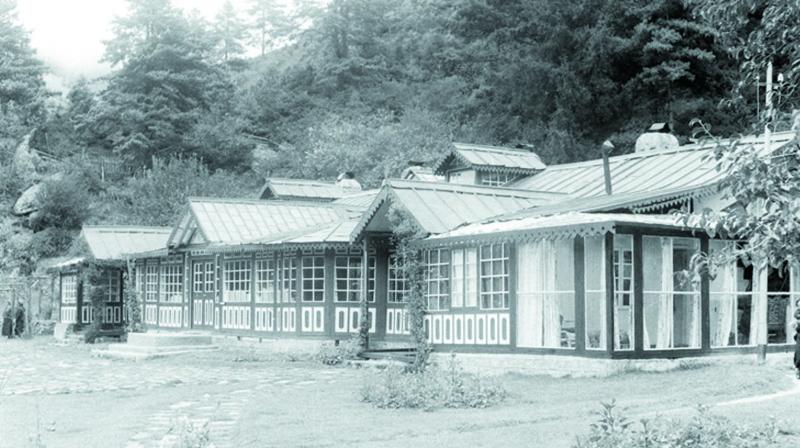 Dekyi Linka, the Indian Mission in Lhasa till 1952 (thereafter the Indian Consulate-General).

Claude Arpi, holding the Field Marshal KM Cariappa Chair of Excellence from the United Service Institution of India (USI), for his research on the Indian Presence in Tibet 1947-1962 (in 4 volumes), has extensively worked in the National Archives of India and well the Nehru Library (on the Nehru Papers) on the history of Tibet, the Indian frontiers and particularly the Indian Frontier Administrative Service.

The Last Months of a Free Nation — India Tibet Relations (1947-1962) is the first volume of the series, using never-accessed-before Indian archival material. Though Tibet’s system of governance had serious lacunas, the Land of Snows was a free and independent nation till October 1950, when Mao decided to “liberate”it. But “liberate” from what, was the question on many diplomats' and politicians' lips in India; they realised that it would soon be a tragedy for India too; Delhi would have to live with a new neighbor, whose ideology was the opposite of Tibet’s Buddhist values; the border would not be safe anymore.

The narrative starts soon after Independence and ends with the signing, under duress, of the 17-Point Agreement in Beijing in May 1951, whose first article says: “The Tibetan people shall unite and drive out imperialist aggressive forces from Tibet; the Tibetan people shall return to the big family of the Motherland-the People’s Republic of China.”  Tibet had lost its Independence …and India, a gentle neighbour.

Reproduced below are extracts from a chapter The View from the South Block.

It is usually assumed that Sardar Patel, the Deputy Prime Minister wrote his “prophetic” letter to Jawaharlal Nehru, the Prime Minister, detailing the grave implications for India of Tibet’s invasion. In fact, he used a draft sent to him by Sir Girja Shankar Bajpai, the Secretary General of the Ministry of External Affairs and Commonwealth.

On November 7, 1950, just a month after the entry of the People’s Liberation Army in Tibet, Patel sent Bajpai’s note to Nehru under his own signature  Bajpai, the top-most Indian diplomat, was deeply upset by the turn of events; he also shared his note with President Rajendra Prasad, C. Rajagopalachari and others. Nehru ignored Patel’s letter and the views of his colleagues. 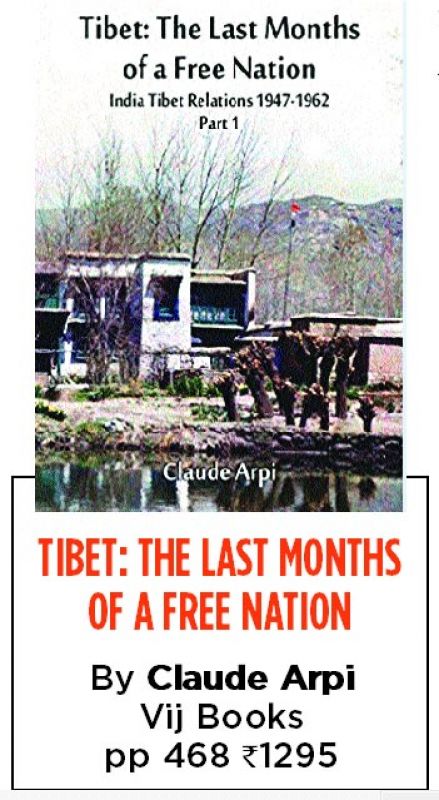 November 1950
It is usually assumed that Sardar Patel, the Deputy Prime Minister of India wrote the “prophetic” letter to Jawaharlal Nehru, the Prime Minister, detailing the grave implications for India of Tibet’s invasion. In fact, he used a draft sent to him by Sir Girja Shankar Bajpai, the Secretary General of the Ministry of External Affairs and Commonwealth.  On November 7, 1950, a month after the entry of the People’s Liberation Army in Tibet, Patel sent Bajpai’s note under his own signature, to Nehru, who ignored Patel’s letter.

Bajpai, deeply upset by the turn of events, had also sent his note to President Rajendra Prasad and C Raja-gopalachari.

Girja Shankar Bajpai’s Note of October 31
Bajpai first noted that on July 15, 1950, the Governor of Assam had informed Delhi that, according to information received by the local Intelligence Bureau, Chinese troops, “in unknown strength, had been moving towards Tibet from three directions, namely the north, north-east and south-east.” The same day, the Indian Embassy in China reported that rumours in Beijing had been widely “prevalent during the last two days that military action against Tibet has already begun.” Though Panikkar was unable to get any confirmation, he virtually justified Beijing’s military action by writing: “in view of frustration in regard to Formosa, Tibetan move was not unlikely.”  A few days later], Bajpai remarked that the Ambassador [Panikkar] had answered [Delhi] that he did not consider the time suitable for making a representation to the Chinese Foreign Office.  Bajpai is more and more frustrated with Panikkar's surrender to Chinese interests and perhaps also by the support that the ambassador gets from the Prime Minister. The Secretary General is clearly in a difficult position. Already on July 20, Panikkar’s attention had been drawn by South Block to the fact that Beijing’s argument that the “Tibetans had been stalling the talks,” was wrong.  Panikkar had been informed by Delhi that the Tibetan Delegation should not be blamed for something they are not responsible for…

Panikkar brings in philosophical issues
India [Panikkar] attempted to change the Communist regime’s decision to “liberate” Tibet, by bringing a philosophical angle to the issue: “In the present dangerous world situation, a military move can only bring a world nearer [to a conflict], and any Government making such a move incurs the risk of accelerating the drift towards that catastrophe.”

Mao was not in the least bothered about such niceties.

Another Aide-Memoire
Delhi again repeats its “philosophical” position: it would be bad for Beijing to invade Tibet: “The Government of India would desire to point out that a military action at the present time against Tibet will give those countries in the world which are unfriendly to China a handle for anti-Chinese propaganda at a crucial and delicate juncture in inter-national affairs.” Delhi is convinced that “the position of China will be weakened” by a (Chinese) military solution.

The Chinese plans are clear
The objective of Mao and the Southwestern Bureau in Chengdu is to occupy Chamdo, it is therefore clear that the PLA is preparing to enter “Tibet proper”. …The objective remains the fall of Chamdo before the winter, ambassador or no ambassador, negotiation or no negotiations.

As Tibet is invaded, Sir Girja’s narrative continues:
On October 17, the Indian Ambassador receives the full details of the Chinese invasion of Tibet. South Block confirms that Tibet has been invaded, it was “brought to our notice at the request of the Tibetan Government in a message sent through our Mission in Lhasa,” says a cable from Delhi. The next day, Panikkar continues to argue against the invasion having happened; he says that out of the incidents to which Lhasa has drawn Delhi’s attention, only one appears to be new.

Bajpai more upset
Sir Girja Bajai is further upset when Panikkar argues: “Further I should like to emphasise that the Chinese firmly hold that Tibet is purely an internal problem and that while they are prepared in deference to our wishes to settle question peacefully they are NOT prepared to postpone matters indefinitely.”

This is written by the Ambassador of India.

(On October 22], Nehru cables the Ambassador in Beijing: “I confess I am completely unable to understand urgency behind Chinese desire to ‘liberate’ when delay CANNOT possibly change situation to her disadvantage.”

Finally on October 24, the Ambassador presents an aide-memoire to the Chinese Foreign Office. Bajpai notes “The contrast between the tone and content of the instructions sent to the Ambassador, and his feeble and apologetic ‘note’ deserves notice.” This raises a question, how could the ambassador present an aide-memoire without its content being vetted by South Block? It is a mystery.

Bajpai could only conclude that “from the foregoing narrative which I have been at some pains to document, that ever since the middle of July, at least, Peking’s objective has been to settle the problem of its relations by force.” From Mao’s cables, [one can see that] the invasion (or “liberation” for the Chinese side) did not at all depend on “negotiations” or “talks” with Tibetans. The army action had been decided since months.

Though Bajpai says that he is not interested to find “scapegoats”, he finally blames his ambassador to China: “The search for scapegoats is neither pleasant nor fruitful, and I have no desire to indulge in any such pastime. …however, I feel it my duty to observe that, in handling the Tibetan issue with the Chinese Government, our Ambassador has allowed himself to be influenced more by the Chinese point of view, by Chinese claims, by Chinese maps and by regard for Chinese susceptibilities than by his instructions or by India’s interests.” This is a strong, though late indictment of Panikkar.

Patel replies to Bajpai
…When on October 31, Sardar Patel wrote back to Bajpai: “The Chinese advance into Tibet upsets all our security calculations. …I entirely agree with you that a reconsideration of our military position and a redisposition of our forces are inescapable.” A few days later, Bajpai would write a note for Patel who sent it to Nehru, who did not even acknowledge it…  Patel passed away five weeks later.

The rest is history.