Book review: The Queen of Jasmine Country, an ode to Andal’s poetic journey in love 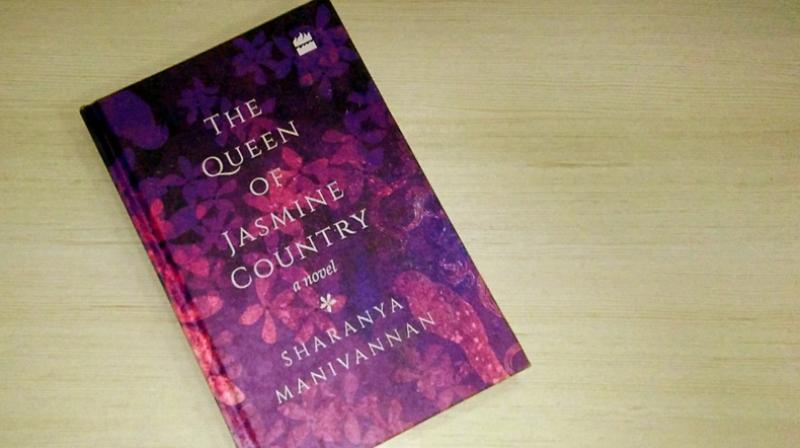 Sharanya Manivannan in her debut novel weaves in a classic, often mystic, occasionally brooding and introspective story of a 9th century girl

Google Andal and you would probably find informative articles telling you that the 9th century figure was the only woman among the 12 Alvar saints of South India. A great devotee of the Blue-God Vishnu, (much like the other Alvar’s affiliated to the Srivaishnava tradition of Hinduism) she is credited with the Tamil works, Thiruppavai and Nachiar Tirumozhi, still recited by devotees during the winter festival season of Margazhi, following ancient customs.

But who was Andal? Who was Kodhai?

It is here that Sharanya Manivannan in her debut novel (she has previously authored a book of short stories and two books of poetry) weaves in a classic, often mystic, occasionally brooding and introspective story of a 9th century girl, born under the boughs of Tulsi leaves (we do not know who her parents are), who would go on to embody a sense of love few can ever imagine.

The novel, a relatively thin one at that, delves into the psyche of a girl (let us just call her that for now, or Kodhai, the name she was given at birth) who, unlike many of her time (her mother, grandmother, for instance) is given the gift of the written words by her adoptive father, a garland-weaving, poet and devotee of Vishnu, revered by the Kind of Madurai himself.

With the knowledge of words, Kodhai discovers her undying longing for a greater love that she had been harbouring within herself that perhaps would set her free and not chastise her in shackles of familial bonding.

In an essence the story is less about the works of a great poet, a saint and more about the loneliness that one feels, an aching that wants her to belong to someone, and not just anyone, but the beholder of worlds, Vishnu himself.

Written in what can only be described as a beautiful poetic manner, Manivannan’s manuscript excels in presenting the pathos of a young child, who at once knows she does not belong and yet wants a love to sustain her to such an extent that it both gives her a purpose and frees her from worldly purposes.

From being the truant child who playfully wears the Lord’s garland herself, to the young maiden who walks the street of a festive Madurai in search of gopis and freedom to the one who takes a steely resolve to belong to no one but the God, Kodhai’s journey or perhaps the final lack of it, makes for an evocative read.

What stays, perhaps, the most, is Manivannan’s interpretation of the mythical merging of Andal with her beloved Vishnu that will perhaps leave readers grappling with more questions that answers, but that is perchance, the price of divinity for ages to come.

From a tangential existence to an ephemeral one, the story of a young Kodhai yearning for a divine sensual love and whose prayers turned to poetry to be celebrated for ages as divinity herself touched her and she became Andal, The Queen of Jasmine Country celebrates both love and womanhood like never before.