Writing for Richa Lakhera was born out of a need to tell the truth... Her latest book too traverses honesty and ugly truths. 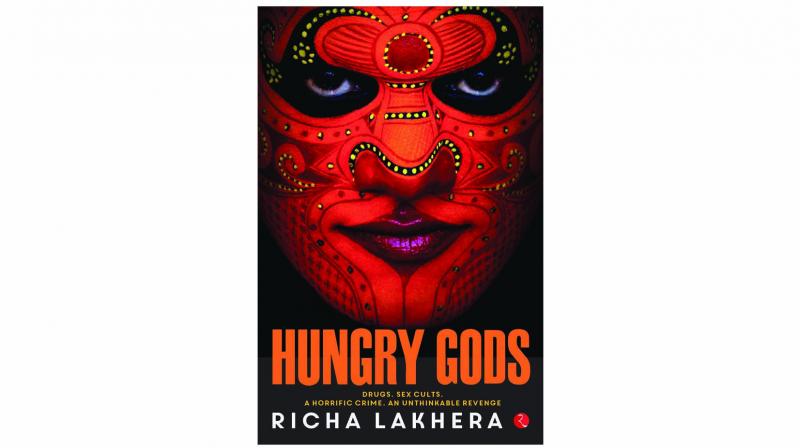 Richa Lakhera is no stranger to the literature world. With books like Item Girl and Garbage Beats, this third one Hungry Gods shows what one can do to gain wealth and power.

Richa who completed her Masters from Miranda House in Delhi feels that her tryst with writing cannot be pinned to any particular first. “I learnt quite early that it is easier to tell the truth in the form of a story. Therefore, writing was born out of a need to describe and sometimes extract revenge, but mostly to seek, out of humility,” Richa explains. A fan of authors like Stephen King, David Morell and Agatha Christie, Richa feels that each of us have different stories which are not more or less important. “I feel that these stories can cross barriers of past, present and future and allow us to experience ourselves through characters,” she adds.

The basic theme of Hungry Gods is good versus evil. She adds, “This book tells the story of a self-obsessed superstar who is the brand ambassador of a pharmaceutical company who is hell bent on pushing an unsafe drug, and a daughter who uncovers an ugly secret about her father. It is also about a witness of a crime who makes it past the boundaries of time, to extract his revenge.” Although her ideas come from everywhere, she is most drawn to the ones that are most tragic and flawed. Her style of writing, she elaborates, “This book tells several stories as I think the consequences of a single story tends to rob people of their unique identity.”

Categorised in the literary crime fiction genre, for Richa, as long as there is a story to tell and a strong narrative, the rest doesn’t matter. Talking about the response she has gotten for her book, Richa says, “The response has been thrilling and eye opening. Readers, through this book have begun questioning the concept of good.” The writer has a creative side apart from the written word, that of oil painting, which she reveals is an integral part of her life. Next up is a murder mystery set in the backdrop of violence, kidnapping and smuggling in North India.