The book took a decade to shoot, and the idea of the book kept floating in and out of my creative senses for nearly two years 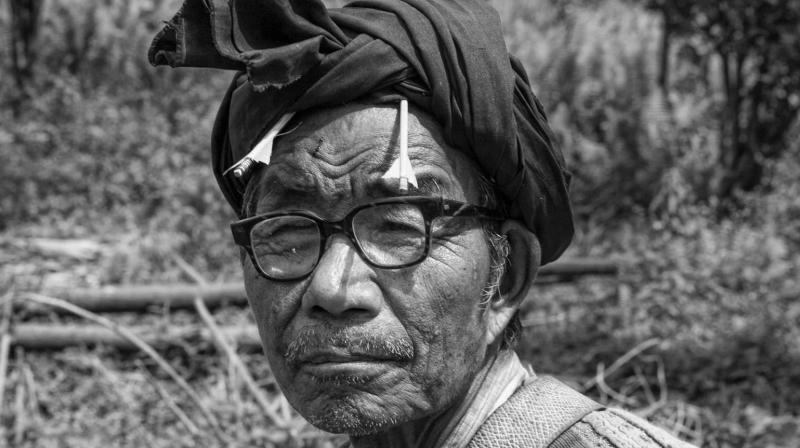 And that is a message I share with whoever wants to listen: don’t be static.

A mechanical engineer by education, Ajay Jain is a traveller, writer and photographer all rolled into one. Founder of the Kunzum Travel Café, he has written nine printed books and several e-books. His next book
INDIANS is a collection of black and white portraits shot across India, presented in a coffee table book style. These portraits he has shot over 10 years, driving 100,000+ kms in the process. Excerpts from an interview with Rajkumari Tankha:

From an engineer to a journalist to the IT sector to being an orator to being the founder of Kunzum Travel Café… And now, a CTB on a collection of black and white portraits shot across India…Which of these fields are you most passionate about and why? If you are affirmative about each, please share why?

Engineering and my early careers were a compulsion of the times. Career options were limited in the 1980s and much of 1990s, and a financial security net was vital. But things changed very fast — economic liberalisation, the development of the Internet and other technologies, and a market for creative work, I allowed myself to evolve. And that is a message I share with whoever wants to listen: don’t be static.
I am most passionate about moving into newer and higher orbits. I cannot be sure what I will be doing in a year, in five years, in 10 years from now. But of all the things I have done in the past, it is journalistic query that is at the core of what I do. I may have written for newspapers and magazines, moved on to blogs, and then into books (print and electronic) — again, I allow myself to experiment with different media and forms, and to engage with my readers on different platforms. 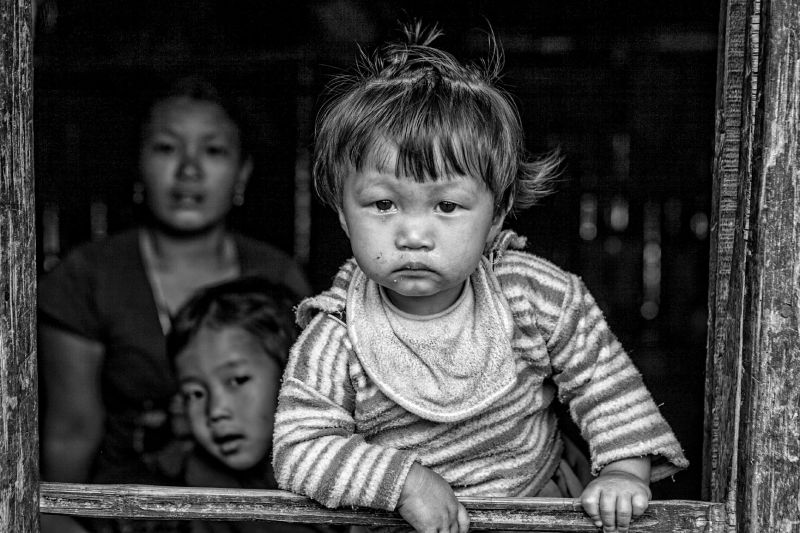 Did you plan capturing these faces through your lens for a compilation later while venturing out on various trips or did you sit up one day while scanning your collection of photos to find these faces and planned to create a CTB out of it? How much time did it take you to select finalise the photos and on what criteria did you do so?

A creative process cannot start with an end goal or a checklist. It has to start with the mindset of an explorer. That’s how I got into this in 2007 when I started travelling around India. For me, it was collecting one experience, one anecdote, one photograph at a time. And over the years, these formed the basis of my books.
The book took a decade to shoot, and the idea of the book kept floating in and out of my creative senses for nearly two years. I wanted to create a book on portraits, but was not sure of its form and message. And then, about six months ago, my art director and I figured the answer would come only when we got down to the job. So we selected a few images, and started experimenting with layouts and text. The text part was not easy too — every image had stories and anecdotes that could have spanned pages. But we finally chose to stick to a minimal approach. Say enough to tell the reader what the image is about, but leave the rest to imagination or to know upon quizzing the author. (One reason why I have shared my email and mobile in the book itself). We even debated colour and black and white but settled for the latter.
I have over a one lakh photos in my collection — I had to go through every photo to identify portraits amongst those. I took out ones I found suitable to create a sort of a longlist. And shared these with my art director. I wanted him to suggest a short list since he would look at it differently — I had seen my own photos too many times. From his shortlist, we selected the final set — of course, I did not always agree with him, and even selected photos he may have rejected.

They say life is all about colour so why is the book in black and white?
When work on the book started, we experimented with layouts in both colour and B&W. All my earlier work had been in colour, so choosing B&W was a bold step forward. Even after deciding on B&W, we took tentative steps forward — we processed images, took sample prints, visualised the book as whole. We recreated colourful masks and Christmas photos into B&W — looked and relooked at them. At some stage, we were convinced that B&W is the way to go. 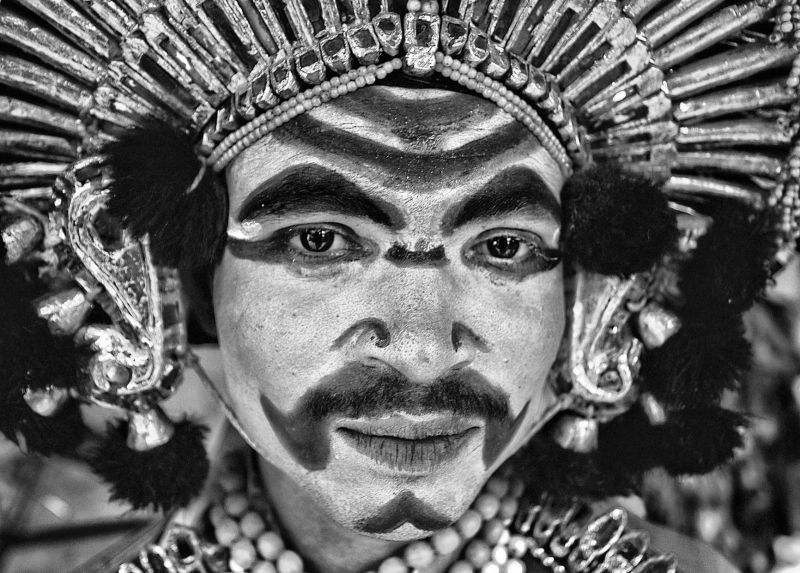 What were the merits of B&W? Please tell in brief:

The images got a certain timelessness quality to them. They give a sense of a moment of time being captured in them.
By eliminating colour, I chose interpretation over factual narration. In monochrome work you have black, white and about 19 shades of grey in between to choose from to express an idea.
I left a lot to the imagination, allowing me to inject more emotion and meaning to the image.
Technically speaking, B&W photography is ideal for portraits. The play of shadows and highlights, the skin textures, the imperfections tell their own stories. You can almost read a person’s life in their face.
Colour can distract. B&W photographs have a quiet, intimate feel. All attention of the viewer is drawn to what is important, allowing them to really get to know the subject, which can lend significance to mundane things. There is a greater emotional connect between the viewer and the subject.
B&W is also a medium that works in most conditions. When you shoot in colour, you need good natural or studio lighting. My approach to photography is to shoot anytime the subject is ready to be shot — if the lighting is not right at that moment, I cannot recreate the scene when lighting improves.
B&W works well anytime; poor or low lighting also sets the right moods sometimes.

Which part of the country are you likely to find most expressive faces?
I would say the complete Himalayan belt, but the Northeast even more so. The expressions, the lines on the faces, the emotions, eyes with a detached curiosity, the tattoos, the knotted hair, the giant nose and ear studs — some or all of these on faces from the Northeast make them a photographer’s delight. And since we know that it is just a matter of time before such faces go away — the members of the younger generation prefers to keep their faces “clean and clear” — you know you are capturing the last pieces of certain anthropological heritage.

You would have wanted so many more faces to be included in this CTB but must have left them out due to space constraints. Any plans to bring out another edition later?

Yes, it was not easy leaving out faces. It was like you are hosting a get-together and had to exclude some friends from the guest list. I am very happy with the final product (and I am usually hard on myself!) and am inspired to do more portrait work in black and white.
There may not be a second volume but there definitely would be more collections of portraits but with different themes so they stand out from earlier works.

In this era of social media, how many takers, in your opinion, are there for such a collection of portraits?

Actually more than ever before. Social media and digital technologies are actually a boon for many creative works. On a slightly different note, eBooks were supposed to be the death of print — but more print books sell than ever before. Social media actually makes many more people aware as it is much easier to spread the word and link to online sales channels.
I also feel that a certain digital fatigue is setting in — at least for the audience for a book like INDIANS. That is why you have wall art also selling like never before, even being bought by people who never acquired paintings and photo prints before.

Will there be an online edition toofor this?

Yes, there already is — the PDF is already on sale. We will soon be formatting these to be suited for the Kindle and iPad/iPhone too — these devices have their proprietary formats but make books like INDIANS come alive on the screens.