How Alice in Wonderland came into being

Even Macmillan was not prepared for the reception the public accorded to Alice in Wonderland. 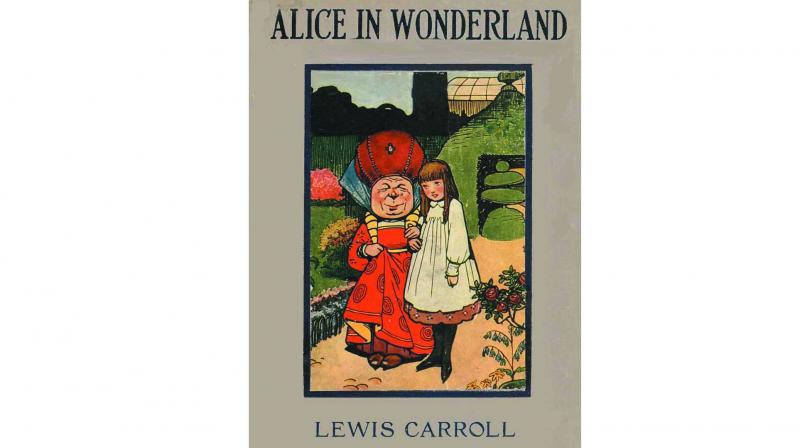 I was intrigued to note that one of the young architects had captioned each of her slides with a quotation from the Alice in Wonderland.

The Delhi chapter of the Institute of Indian Interior Designers (IIID) has an annual meeting every year called 10/10. On October 10, ten architects/designers present ten of their best works before an invited audience for ten minutes. At one such meeting on October 10 2015, I was intrigued to note that one of the young architects had captioned each of her slides with a quotation from the Alice in Wonderland.

Catching up with her during dinner, I asked her the reason for literary captions rather than from the world of architecture or design. Pleasantly surprised by my question, she responded that Alice had been one of her favourite books since childhood and quoting from Alice at this prestigious event was her way of paying tribute to a book that had filled her early years with so much happiness. I informed that it was a very appropriate year to commemorate Lewis Carroll and his immortal classic Alice for it was the 150th year of its publication.

Yet, Alice in Wonderland had a checkered publishing history in 1865. The story of the book is well known. In the summer of 1862, Charles Lutwidge Dodgson, then a professor of mathematics at Corpus Christi, took the three young daughters of his dean Professor Liddle rowing on the Thames.

Going upstream from Folly Bridge to Binsey and Godstow, he regaled the children with a literary nonsensical story of a young girl who while walking, falls down a rabbit hole and has some of the most wonderful adventures. On return, Dodgson was begged by Alice Liddell the youngest of the three girls to write up the story of the adventures.

Dodgson, adopting the name of Lewis Carroll began writing up the stories, some say on the train from Oxford to London. He decided to do the illustrations himself using a book of natural history from the Corpus Christi College library for the animal sketches. The manuscript underwent a lot of revisions evidently for the first draft did not have the Duchess or the March Hare. Carroll then showed the final manuscript, in November 1864, to friends at Punch magazine who approved the stories but not the illustrations. They advised Carroll to get the illustrations done by Punch’s celebrated artist Sir John Tenniel.

The manuscript with Tenniel’s illustrations was now complete and Carroll chose the Oxford University Press at Walton Street to do the printing. He knew the Press well as they had printed his mathematical work. Moreover, Bartholomew (Bat) Price, the chief executive of the Press was Carroll’s tutor. Carroll decided to have 2,000 copies printed at his own expense. Of these, he had 50 copies bound in red gilt and distributed these among friends and relatives. When Tenniel received his copy, he’s supposed to have hit the roof over the print quality of the illustrations.

In those days, illustrations were set up in wooden blocks from which cuts suitable for printing were made. Tenniel obviously, must have been upset with the quality of the cuts. Carroll, dismayed and embarrassed at Tenniel’s reaction, resolved not to bind the balance copies and tried to have all the 50 bound copies recalled. Only some came back. He then looked for another publisher, Macmillan, who were willing to do the job. They reset the text and prepared fresh cuts of the illustrations. As the illustrations had already been carved into blocks by wood engravers, Macmillan used the same blocks’ metal electrotypes suitable for the printing press. Knowing the troubled history of the early printing, Alexander Macmillan who had earlier worked with OUP had the foresight to show print proofs to Tenniel. After securing Tenniel’s approval, Macmillan published what the world knew as the Macmillan Alice.

Even Macmillan was not prepared for the reception the public accorded to Alice in Wonderland. The title itself had been arrived after two earlier suggestions, including Alice and Fairies had been rejected. The entire print run of the first edition was soon sold out. The book appealed to readers both old and young, among them, Queen Victoria and Oscar Wilde. In 2015, Macmillan did a special anniversary edition with a foreword by Philip Pullman. In Pullman’s words, “Carroll was a natural storyteller who knew that for the best stories to work, the child must be at the centre of the narrative”. Once the child got involved in the story, the child uses his/her imagination to “visualise” the story and allow the imagination to take it to marvellous and wonderful places. It must have been the same visual experience that must have gripped our young architect when she first set out to read Alice. The fact that she continued to remember and love Alice after all these years shows us the enduring power of a true classic.

Whatever happened to the first printing of Alice? Only about 20 of the first binding of 50 copies ever came back to Carroll. Retaining two copies, Carroll donated the rest to hospitals and orphanages. Today, only about 18 copies of the original 50 survive. The Bodleian Library has one and the other copies are very rare and expensive. Carroll’s original manuscript along with his own illustrations are preserved in the British Museum. In the end, Carroll was left with 1,950 unbound copies. Not having the heart to destroy them, he offered them to the American publisher Appleton. Appleton found the printed sheets satisfactory. At best, a few of the illustrations were faint. Was Tenniel being too fastidious? Was a fresh printing justified? We cannot say. Appleton published the American edition in 1866 and this is known as the Appleton Alice.

At the end of 2015, I had recounted the publishing story of Alice at a programme I conducted for children of a leading school. Some of the children in their enthusiasm had created a reproduction of Alice with their own illustrations. Hearing about this, the principal of a rival school in 2016 asked me whether she was too late for a similar programme. “Not at all”, I said. We can commemorate the Appleton Alice, and we did!