There are three ways to understand the country’s journey — textbooks, history books and biographies of well-known personalities 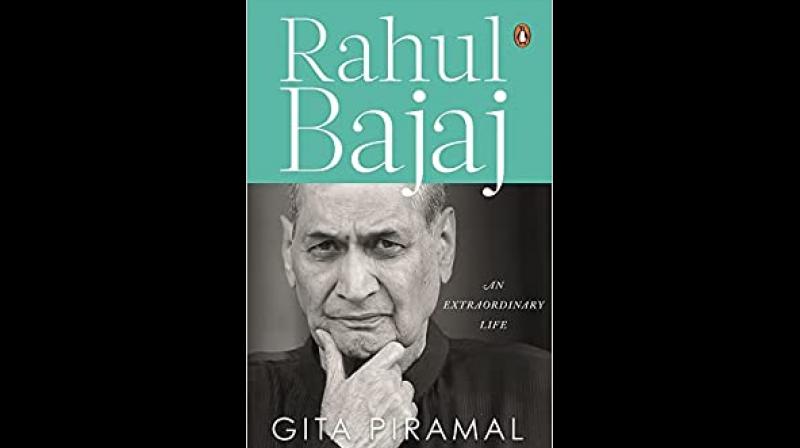 Cover image of the book 'Rahul Bajaj: An Extraordinary Life' By Gita Piramal. (By Arrangement)

India was liberated 75 years ago. And it is a fact that every kid of average intelligence would know. The country is now one of the leading economies with a heft of its own. Many people would know about it. But very few people know how tumultuous this journey for India was. There are three ways to understand the country’s journey — textbooks, history books and biographies of well-known personalities.

Gita Piramal’s book Rahul Bajaj — An Extraordinary Life, a biography of Bajaj Group’s erstwhile patriarch Rahul Bajaj, is one of the books that takes the reader through the ups and downs of India. From cries of Quit India to Pandit Jawaharlal Nehru’s “Tryst With Destiny” and his tilt towards socialism; from the split in the Indian National Congress and Indira Gandhi’s command economy to the end of licence raj and emergence of the new India, the book narrates almost all key turning points in India’s contemporary history.

Born in 1938, Rahul Bajaj, the grandson of Mahatma Gandhi’s close associate Jamnalal Bajaj, was named by Jawaharlal Nehru — decades before his grandson Rahul Gandhi was born. When he was barely two years old, his mother Savitri — a scion of the Poddar family, a lender to several royal families — was jailed for participating in the Quit India movement. When his mother was released from the prison four years later, little Rahul, now aged six, had no memory of his mother, and she had to be introduced to him.

Piramal has filled this book with many such interesting anecdotes. Rahul Bajaj spent his childhood playing with kids of Gandhi’s Sewagram. Though he was a normal naughty child, he was surrounded by people who shaped contemporary Indian history. As such, every incident in the book tells us a story about Indian politics or its fledgling economy.

After India’s Independence, Rahul Bajaj’s father Kamalnayan Bajaj divided his time between his family business and politics. While diversifying his business interest to scooters (initially with imported CKD Vespa units), Kamalnayan alienated Indira Gandhi by supporting her elderly rival Morarji Desai for the Prime Minister’s post and by staying on with the Syndicate-led Congress (O).

Kamalnayan’s no-nonsense approach to politics cost the Bajaj Group a few years of expansion. His son Rahul — as we all were witness to during years before his death — appeared to have inherited his father’s habit of calling a spade a spade.

Piramal’s book also tells the reader about the evolution of the Bajaj Group of Companies — India’s third-largest business run by a family — from a trading entity to owners of cotton mills. Later, the story of Rahul Bajaj also narrates how his family diversified to blubs and scooters — initially as a distributor of Italian model Vespa. Later, the Bajaj family went on to become the manufacturer of famous scooter brands, autos, and bikes. The company spun into every vertical of Bajaj Auto and did well by creating value for the shareholder.

In a nutshell, the book is more than the biography of a man, but it is the history of Indian polity and economy retold from the perspective of Rahul Bajaj.