Books   22 Apr 2018  Fear: The lietmotif that runs through the narrative
Books

Fear: The lietmotif that runs through the narrative

Usually, I am able guess the ending of a thriller halfway through the book, but here I couldn’t do so. 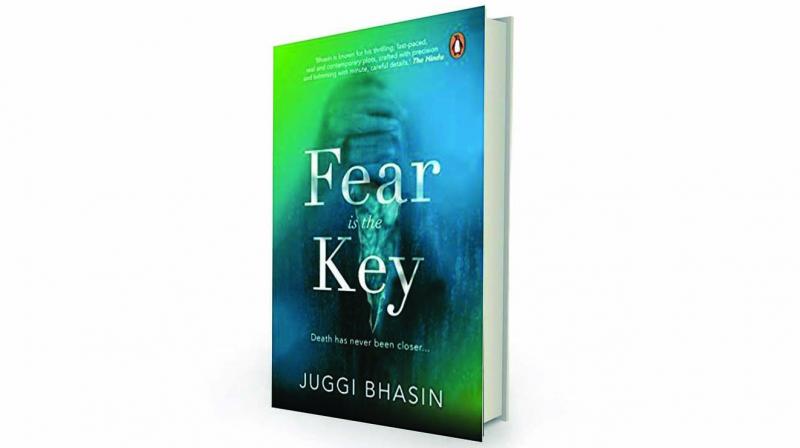 If I were to describe Juggi Bhasin’s novel Fear is the Key in one word, I would say it’s awesome, in two words I would say very well-written, and in three words I would say I loved it. And these words sum up my entire feeling about the book. I had reviewed Bhasin’s previous book Bollywood Deception and I had liked it too.

Fear is the Key starts with a manic monday at Yummimages, a digital infotainment site with its headquarters in Gurugram. Yummimages is the brainchild of Rahul Abhyankar, an IIT Delhi graduate who is also the CEO of the company and his school and college friend Suhel Bagga who is company’s COO as well as its top-end creative person for content and the bohemian Simone de Costa who has turned around the traditional methods of gathering news and entertainment by nudging out boring anchor opinions and long-winded discussions, with her own quirky style of presenting news.

The army of twenty something anchors who work at Yummimages have been given a one-point agenda of presenting the news in an informal manner, using irreverent approach. This method of telling news has made them a hot favourite among youngsters.

With more and more people getting addicted to Yummimages and its offbeat programmes, there is a mad scramble among the foreign investors to invest in it, and plans are afoot for a grand IPO (Initial Public Offering).

All hell breaks loose on one mad Monday when one of the anchors Joshua attends a rally called by the country’s fiery youth leader Navin Sikand, and then trolls him.

Politicians of all hues target them and to cool down the hullabaloo, the company bosses ask the anchor to take down the campaign and tender an apology.

As the story progresses we notice that Suhel and Simone are always at loggerheads regarding certain policies and Rahul ends up playing the peacemaker trying to keep his girlfriend as well the deputy calm. But one day, during an emergency meeting of the senior management, things get really ugly between Suhel and Simone. To rectify the situation and cheer up his staff, Rahul plans a party at his house on Saturday. It is at this party that Simone disappears leaving no clue. The Gurugram police step in but their investigations prove futile.

A distraught Rahul takes matters in his own hands and starts his own private investigation, building up a string of clues which lead to three suspects: Fredo, a pizza delivery boy; Usman, a swimming instructor, and Dubey, a Zuber taxi driver. Each of these three men is a pervert and has some connection with Simone.

The book moves smoothly with not a single dull moment. Like a master storyteller Bhasin has handled the story well, he has gathered the different strands of the story deftly to bring them all to a satisfactory ending that will leave the readers surprised.

Usually, I am able guess the ending of a thriller halfway through the book, but here I couldn’t do so. I was taken completely by surprise with the way Bhasin brought about the denouement of Fear is the Key.

Bhasin has crafted the characters extremely well, giving them all a three-dimensional personality that makes them very believable though not necessarily likeable. I could visualise Rahul and Suhel in their plush Gurugram office planning strategies. Certain portions of the novel made me squirm, but when the underbelly of a city teeming with all kinds of perverts is exposed, one’s blanket of comfort and security is snatched away, leaving one vulnerable and uncomfortable. Fear is the leitmotif that runs throughout the book, it’s an emotion intrinsic to all the characters.

The cover as well as the book’s title both scream pick me up and trust me when I say that it won’t disappoint you.