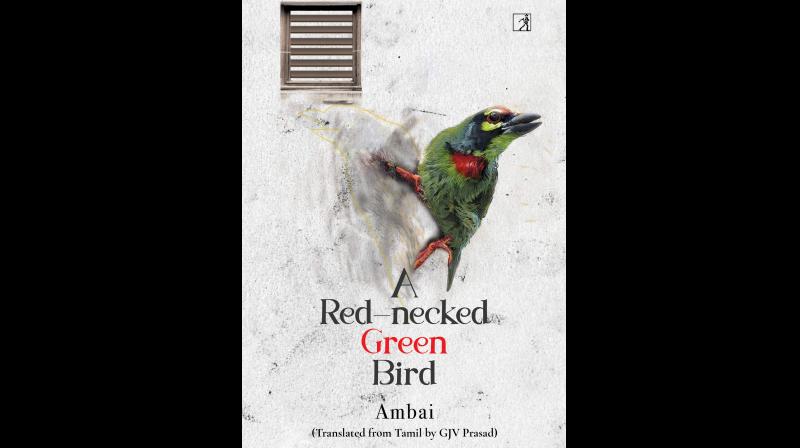 The stories depict men and women going through life — mundane routine lives, for the most part — hurt, scarred, picking themselves up to go on somehow, sometimes giving up the struggle. Theirs are not epic battles; not for them the heroics — and histrionics — of historic conflicts. But who is to say that the battle of daily living is not heroic? Whether it is care-givers to loved ones suffering from dementia (“The Crow with a Swollen Throat”); a father struggling to come to terms with the fact of his daughter being mute (“The Red-necked Green Bird”); the lot of migrant workers eking out a meagre living in slums (“The City that Rises from the Ashes”); the dark agony lived through again and again by survivors of riots (“1984”) — the overwhelming notes that rise are of endurance and tenacity.

There are some who prefer to end their lives but on the other, there is the majority who, in spite of all the pain and hardships they’ve gone through, continue to soldier on, like the unnamed ‘ghodewali’ who leaves her travails behind and canters on energetically and resolutely living her life as best as she can make it (“The Horsewoman”).

Love, in all its aspects, is the alaap that resonates through the stories just like the many references to music and specific ragas that permeate the stories. Love is not merely holding fast to the objects of one’s affection, or doing everything in one’s power to alleviate their suffering — it also means a graceful letting go. The implicit permission to leave is contained in the moments that precede a loved one’s passing into the hereafter but it is also explicit in the decision to not pursue the one who has renounced worldly life and opted for the path of a sanyasin.

What is the power and intensity of that love which, after great efforts, tracks down the beloved husband and father who has suddenly disappeared, and then decides to let him be and not confront him or drag him back into a life which clearly is causing him great pain?

Ambai draws deeply from the world of nature to pin her stories against the backdrop of ordinary human living. Birds, trees and mountains are characters that bring the plot forward and are an inextricable part of the narrative and the way it unfolds. Some stories are surreal but even here — as in “The Pond”, nature plays a major role in the story. The protagonists of the stories are women and the narratives map out the trials of being one, sometimes overtly, at other times, through implication. The sense of fun is not lost however, as brought out in “Journey 23”, a tongue in cheek story about feminists and their sometimes absurd theorising.

Some passages have been poetically translated and are exquisitely done. While a translation should have the original hum along like the finely tuned sympathetic strings of a musical instrument, to have it echo often in sentence structure and certain turns of phrase can be a distraction. The short, simple sentences which work in Tamil sound monotonous, with a staccato effect when transposed exactly into English. A sentence structure closer to the rhythms of English would perhaps have worked better.

The slim volume is valuable in that it draws readers into the world of Tamil writing of which they would otherwise be deprived.

The reviewer, Malati Mathur, is a professor of English and director, School of Humanities, IGNOU, New Delhi. She is a creative writer and award-winning translator who translates from and between Tamil, Hindi and English.