A handshake across Himalayas, amid Terai rumblings 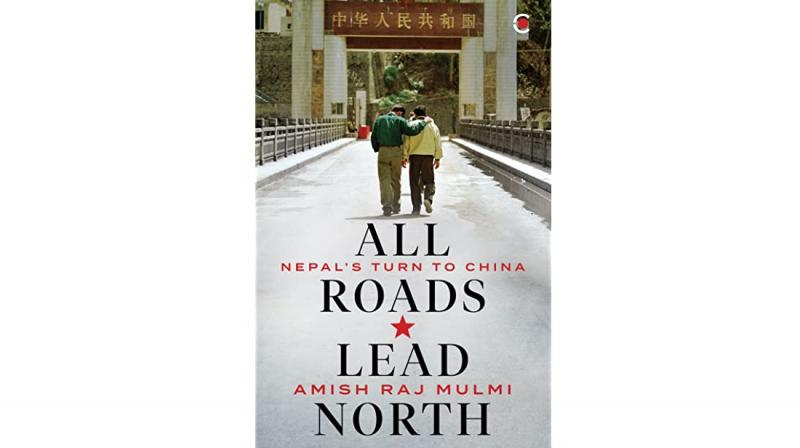 Nepal’s Turn to China”, the subtitle of this book, may be thought of as only an approximate summation of the 10 journalistic essays, replete with conversations and site reflections, that make up this work. The real thrust, captured in the last chapter, is far more unambiguous. Says the writer, “On that cold, wind-swept plain, 16,000 feet high, there was little imagination required to understand why Nepalis held a dramatic view of China as a superpower, a stark contrast to the view of India as an interfering, unsympathetic neighbour.”

Mulmi’s writing has exciting fluency for the better part. This is especially evident in the first section entitled “Borderlands” in which the Nepali-Tibetan social, commercial, and power encounters commencing in mid-19th century are discussed.

Some elements of the reportage, covering precarious journeys in the middle Himalayas where icy winds blow, are really quite thrilling, There are also charming vignettes here of letters, diary excerpts, even telegrams, sent home by Newari Buddhist traders from settlements on the Tibetan side of the line or messages received by them from loved ones back home.

The remainder of the book is less feature writing, more matter-of-fact stuff, sometimes impressionistic. There is frequent recital even of the recent record, which can get tedious. Mundane details such as trade statistics and of tourist arrivals in particular periods, to flag the deemed inevitability of China’s occupation of the Nepali mindspace, fill many pages. The author’s presentation may have been more textured if the political imagination of the “terai” region had also been sought to be examined.

The Epilogue resembles more a set of newspaper clippings on domestic politics, rather less an extrapolation through reasoned discussion into Nepal’s future relationships with major foreign powers. Was this required even to irrevocably etch a particular viewpoint, one wonders, when that thinking is reflected across the volume.

To wit, “Throughout history, China had been part of Nepal’s imagination, an amorphous idea more than a reality, a ‘card’ against India than an actual hand. It was only in the 21st century that China became ‘real’ for Nepal… (It) is a superpower, a beneficent aid-giver, a friend in need, an essential provider… and a vision of a developed future… As China declares itself on the world stage, Nepal wants to tag along for the ride… Relations need to be sustained. It is in Nepal’s interest to do so, and imperative to do it in a way that acknowledges its own aspirations.” The endorsement is pretty steamy.

However, an unquestionable lacuna is the absence of an attempt to engage with any suggestion that may indicate what that “aspiration” is or ought to be. We learn that republican Nepal backs China’s “sovereignty project” in Tibet, that it stands against the anti-police state protests in Hong Kong, and that it backs Beijing’s policies that trample on human rights in Xinjiang. There aren’t many countries that do all of these.

In addition, Nepali officials are taken to task by Kathmandu for publicising flagrant Chinese violations of the Tibet border with Nepal, and Nepal does not outright reject China’s implied claims to Mount Everest. If this trend line in policy is sustained, who knows the PLA could be at the Indian boundary at Birgunj — scraping Bihar — before long, just as it crossed the LAC in Eastern Ladakh — and Kathmandu may be less than horrified even if it demonstrably wrings its hands, or some of its politicians do.

This is not a book on international relations or regional politics. It is not a history of Nepal-China or Nepal-India relations either, though prominent markers (not all) get a look-in. A decided strength of the book is that it fills crucial gaps for Indian readers on the rapidity with which China has captured the political, economic and strategic terrain in Nepal. (This is a reminder, if one were needed, of the failure of Indian journalism to inform its readers.)

The author’s first book is well worth a read to better understand Beijing’s ways.