Kawas Nanavati died 14 years ago. Sylvia lives on in Ontario with her children and grandchildren. 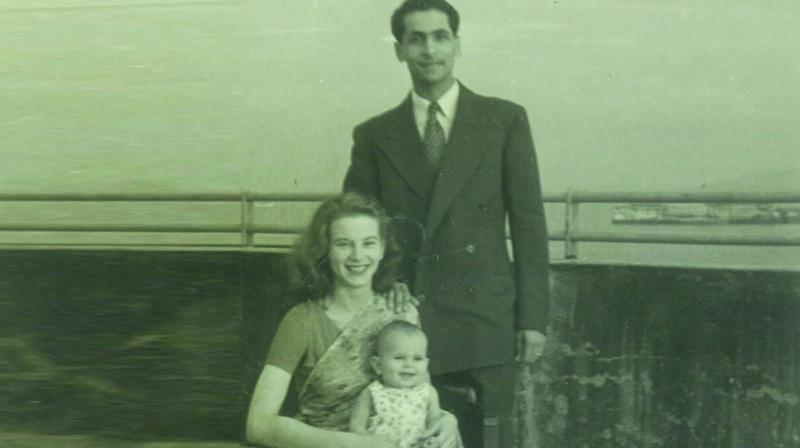 Kawas, Sylvia and their daughter Tannaz (1955)

On April 27, 1959, Kawas Nanavati, a young handsome Parsi commander in the Indian Navy, dropped off his wife and three children at the Metro cinema in Bombay. While they watched Tom Thumb at the matinee, he went back to his ship, INS Mysore, and requisitioned a revolver and six rounds of ammunition from its gunnery. He then drove to a posh flat off Napean Sea Road and fired three shots that took the life of Prem Ahuja, a Sindhi bachelor and somewhat of a ladies man. Once the deed was done he handed himself to the police.

The criminal case that followed grabbed the attention of the country like few others have before. It went from the sessions court to Bombay high court, and then all the way to the Supreme Court. It required the intervention of the topmost echelons of power, including the Prime Minister, the defence minister and the admiral of the Indian Navy. These interventions were not necessarily on behalf of justice. During the trial, the accused was put under naval custody, not police lockup. He remained in uniform and continued to receive all the salutes due to a naval officer.

At least two films have been made on this sordid story, none of them any good, and there have also been a number of unsatisfactory books. Now Bachi Karkaria has dug deep and ferreted out details of the case that were previously unknown. She is a master storyteller who keeps us under her spell, beginning to end. In Hot Blood: The Nanavati Case That Shook India reads like a thriller. She keeps her sentences short and simple — no humbug — with an occasional dash of wry humour. It’s a style of writing she learnt at the feet of Khushwant Singh, her editor at the Illustrated Weekly 50 years ago.

Ms Karkaria has gone through press coverage of the time, however sensational and unreliable, and has interviewed people who knew the accused or the victim or were otherwise involved in the case, Ram Jethmalani for instance. Prem Ahuja may have been a philanderer but it turns out that he was a rather decent sort of a chap, not the monster the defence and the media made him out to be.

As for the 37-year-old Commander Nanavati, he was destined for big things. He had been trained in Britain and was decorated for service in World War II. After Independence, he was naval attaché to Indian High Commissioner in London, V.K. Krishna Menon. He was married to a pretty Englishwoman, Sylvia, whom he had met in Portsmouth during his training with the British Royal Navy. She was the cause of the three shots that were fired at Ahuja. 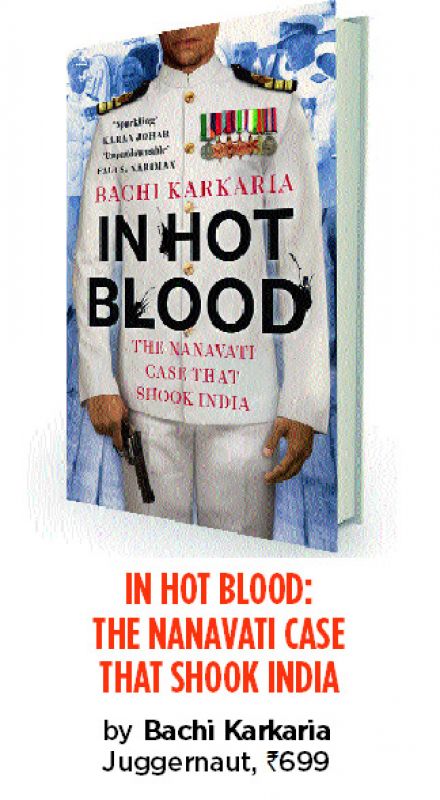 Earlier that fateful morning Sylvia had confessed to her husband that she was having an affair with Ahuja. Any other Indian husband would have perhaps pulled off his belt and walloped his wife or even strangled her. Not Kawas Nanavati. He was a gentleman, an officer steeped in the British tradition. He was willing to forgive her if she promised not to see her lover again. When that promise was not forthcoming he decided to settle the matter in his own way.

The case took a somewhat ugly turn, a fight between the “upright’ Parsis who lorded over Bombay at that time and the “unscrupulous” Sindhis who had descended on the city after their homeland went to Pakistan on Partition. Sixty years ago the Parsi community was the most powerful and the richest in Bombay. There were statues of them all over the city to prove it. They were genuine philanthropists who built schools, hospitals and museums. The nouveau riche Sindhi community stood no chance of getting justice when one of theirs was murdered by one of theirs.

Blitz, a weekly newsmagazine led the charge to acquit Nanavati. It was edited by the legendary Russi Karanjia and was the most popular tabloid of its time, a heady mix of sex, scandals and gossip with a dose of leftist politics. Blitz did not let facts get in the way of a good story, as I know too well. I wrote for it! The qualities of Nanavati as a decorated naval officer, a devoted husband and a doting father were contrasted against the wicked, wife-stealing ways of Ahuja.

Through his connections Nanavati had the services of the city’s two top criminal lawyers for his defence — Karl Khandalavala, a suave Parsi and Rajni Patel, a former member of the Communist Party. Patel was persuaded to join the defence team by Krishna Menon who was by now the defence minister. The two leftists had been friends from their London days.

Pitted against them was the hapless public prosecutor C. M. Trivedi described in the book as bushy eye-browed, thin-lipped and low-key. The dice were already loaded. To everyone’s surprise, Nanavati pleaded “not guilty”, despite all evidence to the contrary. The defence pleaded that the death was an accident, the result of a scuffle between the two over the gun. Nanavati claimed that when he told his wife that he was going to confront her lover she told him he might shoot him. “So I felt I should take the revolver for self-protection.”

This was, of course, poppycock. Ahuja had come out of the bathroom with only a towel wrapped around his waist when Nanavati barged into his flat. If there was a scuffle for the gun, as the defence claimed, surely the towel would not have remained in place around Ahuja’s waist, as was the case when his body was found on the floor.

After two hours of deliberation the jury came out with the decision that the accused was not guilty. The crowd outside the courtroom went wild. It cheered and cries of “Nanavati Zindabad” were heard. The trial court judge was more levelheaded. He declared that the verdict was “perverse and unreasonable” and referred the matter to the high court for retrial.

To cut a long story short, the high court, for its part, found Nanavati guilty as charged and sentenced him to life imprisonment. An ordinary criminal would have gone straight to jail. Not Nanavati. The governor of the State of Bombay suspended the sentence until the Supreme Court heard his appeal. Two years after the shots were fired the Supreme Court dismissed his appeal and upheld the decision of life imprisonment.

It took another five months before Nanavati was stripped of his uniform and he finally went to prison. It was not over yet. His lawyers applied for parole on health grounds and succeeded. He was billeted in a comfortable bungalow in Lonavala, a hill station, and on March 16, 1964, Nanavati was pardoned by the governor of Maharashtra.

It is Sylvia who behaved impeccably throughout. It was not a fling with Ahuja. She genuinely loved the man and was prepared to marry him. But after he was shot, she rallied around her husband and testified in court his favour. Later, she was instrumental in getting him pardoned.

When it was all over, the Nanavatis migrated and settled in Canada away from the distasteful glares and the cruel taunts the children faced in school. By all accounts they lived happily there. Kawas Nanavati died 14 years ago. Sylvia lives on in Ontario with her children and grandchildren.

Bhaichand Patel is barrister-at-law of Inner Temple, London. From 1966 to 1971 he was a junior of Rajni Patel. He also wrote a regular column in Blitz in its heyday.