One of Diptakirti’s favourite nuggets in his latest offering is what he likes to call songs of separation. 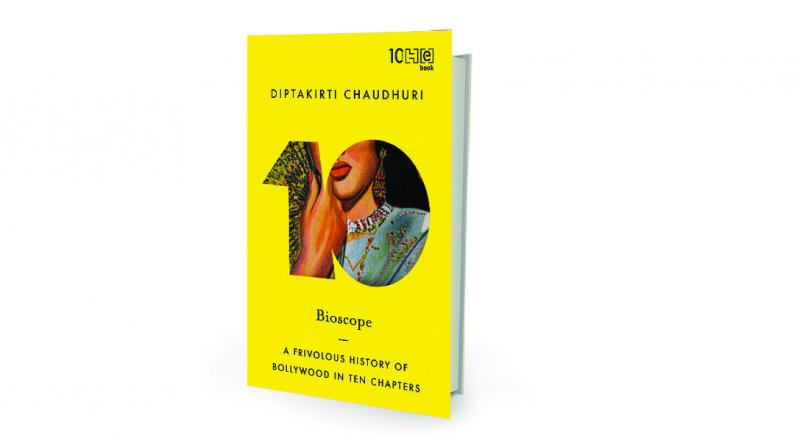 Diptakirti Chaudhuri believes that his fascination with Bollywood stems from his mother’s love for cinema. “My mom is a big Hindi movie fan, right from her childhood,” he laughs. “When other Bengali mothers were teaching their children Rabindrasangeet, my mom and I were singing along to the Shalimar soundtrack. It was an early initiation into the world of Hindi cinema, and I grew up in the 1980s and 1990s watching and loving movies everyone else called bad. That made the love extra special.”

It’s no surprise then that four out of five of Diptakirti’s writing ventures have been about Bollywood, with the latest one, Bioscope: A Frivolous History of Bollywood in Ten Chapters having been released earlier this month. The book aims to highlight 10 aspects of trademark Hindi film elements — the hit pairs, the villains and the memorable scripts. Rich in trivia and gossip, the book fits in perfectly with the rest of his works like Kitnay Aadmi Thay, Written By Salim-Javed: The Story of Hindi Cinema’s Greatest Screenwriters and Bollybook: The Big Book of Hindi Movie Trivia.

A marketing manager by day, Diptakirti started blogging about Bollywood and cricket when he had a travelling sales job, and a lot of time to kill. “I’d write on things about which there wasn’t much information available on the net back then — excuse me if I sound like a dinosaur, but this was a decade ago! That blog led to a book editor offering me the first book I wrote; and that blog is history,” he grins. 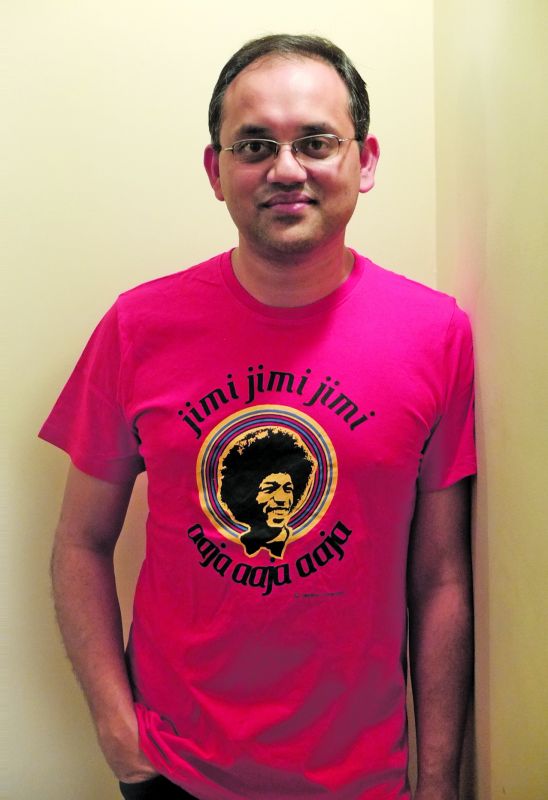 Quiz him on how he digs into the vast ocean of trivia that Bollywood is and creates sense out of it all, and Diptakirti explains, “Everyone loves Hindi cinema. I feel that the best thing a writer on Hindi cinema can do is to bunch together favourite things that brings back fond memories. So, the longest part of writing any of my books is the chapter format on how to classify things. For example, in Bollybook, my favourite chapter was about reincarnation and how every decade of Hindi cinema has had at least one defining ‘rebirth’ film. Even in Bioscope, I have classified things that everyone knows in slightly unusual ways.”

One of Diptakirti’s favourite nuggets in his latest offering is what he likes to call songs of separation. “It’s an interesting progression. When being abandoned by her husband in the 1960s, Meena Kumari pleaded Na Jao Saiyyan. When her lover abandoned her in the 1980s, Anuradha Patel didn’t want him back; she wanted her things back in Mera Kuch Saaman instead. And in the recent decade, Anushka Sharma is singing a decidedly chirpy The Breakup Song, almost celebrating with ‘Mere saiyyanji se aaj maine breakup kar liya’. I felt that this traces the changing face of the Hindi film heroine pretty well,” he says.

The author keeps his writing non-preachy, adopting a fan’s voice for his books instead, and that’s possibly why he adopted a list format for Bioscope. “The form fosters debate — an integral part of discussing Hindi cinema. And each chapter has 10 items in it. I’m sure readers would disagree with some items, wondering why I selected one entry instead of another. That would make them think and go back to some of the movies or songs. And that’s the objective of writing for me,” he signs off.