Bruce Springsteen and E Street Band have rocked the worlds of million fans all over the globe and continue to do so. 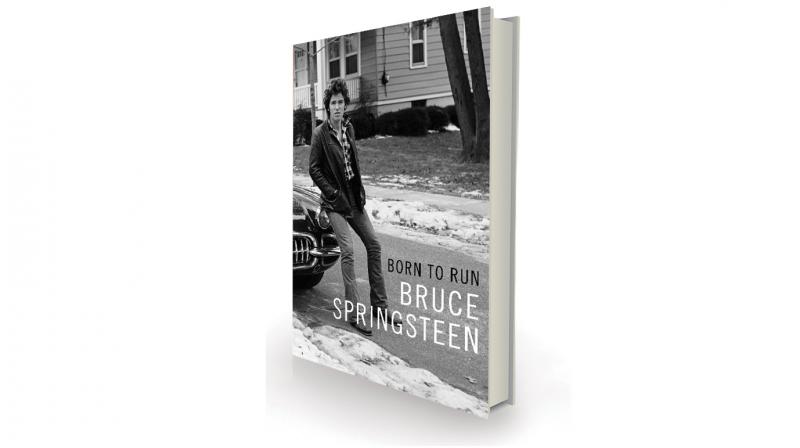 As long as you put it out there for public consumption, I suppose it is.

“One, Two, Three, Four — Mother *&%@&^,” says Springsteen. It is the countdown to reckoning, when the band leader calls out the tempo and ready or not, you have to play, whether it’s to an audience of three or 300,000.

There is nothing between you and the crowd except the unstoppable rush of music coursing through your body, your blood pressure rising, telekinetically moving the audience into rapture.

Some people have it. Most don’t.

You can’t get a degree at Julliard or Berklee in how to bring audiences to their feet or move them to tears. There’s no “Encores for Dummies” guide.

Bruce Springsteen and E Street Band have rocked the worlds of million fans all over the globe and continue to do so.

I will admit that he wasn’t ever my go-to rock musician. Springsteen’s heroes, like Clapton, Dylan and the Rolling Stones, did it more for me. But he was a huge force of nature in the ’70s and ’80s in America.

WNEWFM was the very influential rock radio station that I was tuned to driving up and down the Long Island Expressway; their finger always on the pulse of popular American music. I suppose that’s why I seem to know most of Springsteen’s hits, even if I’ve never caught myself singing them in the shower.

His musical journey is interesting, fun and exciting to follow.

I enjoyed meeting his band in the book, especially Steven Van Zandt (whom I simply loved in the Netflix show, Lillehammer) and Max Weinberg (who is a super jazz drummer, leading the band on the Conan O’Brien Show).

From Springsteen’s early introduction to guitar and his mother’s faith in him, to the steady growth of his inter-racial band when such things were uncommon, his relationship with Clarence Clemons, the deliberate musical and business decisions he took, all the way down to his holistic approach to songwriting and album making, the journey is fascinating.

It is not often that you come across a rock’n’roller who wasn’t into drugs and didn’t drink till he was in his twenties. (As a musician and performer, I never have been able to understand fellow musicians who are willing to relinquish control, especially when there’s a judgmental audience which can turn on you in a minute.)

Springsteen was a big exception in the bad world of New York in the ’70s and ’80s, when you could buy any kind of drug at any time of day or night with no problem. All that’s well and good.

I had one major hurdle to cross before I could really get into Born to Run — the proofreading.

In the book you can see Springsteen’s anguish over the right mix for his songs, the hesitation stretching sometimes across months and years. That’s because he wants his music to reflect the sound inside his head as accurately as possible. He wants it to sound perfect.

His writing ought to have received the same attention to detail, and care. The book is filled with exclamation marks, ellipses, tense-hopping and mysterious ALL CAPS. The tone in places is unduly excitable, leading one to wonder if some texting teenager didn’t perhaps get his hand on the manuscript. I truly wonder what happened to Simon, Shuster and all their cohorts when they edited and proofread his book.

Mixing a song is way more torturous than editing a book. I’ve done both, so I can state this categorically.

Springsteen writes with maturity and insight in many places and one definitely gets the feeling that he has read a nonfiction book or two. Which begs the question, why didn’t you compare your book with other biographies, Mr Springsteen?

But I did get past the proofing.

I liken the experience of reading Born to Run, to biting one’s cuticles till they bleed, unable to stop oneself, hating every second and yet, helplessly, loving it at the same time. If you’re a nail-biter like me, you’ll know what I mean.

Springsteen’s tragic, sadly pathetic inability to let go of his father’s rejection of him as a young boy and the despair it seems to have caused him right through his life, even past the older Springsteen’s death, is compelling.

He confesses that his own deep depression is a genetic hand-me-down, but despite the knowledge that things such as hair colour, eye colour, height or the propensity to develop heart disease, diabetes, musical ability and mathematical leanings are inevitable and can’t be prevented, he seems to spend an awful lot of time feeling sorry for himself. A bit over-the-top, forced, if you know what I mean. This book  could be a sincere outpouring from the heart, but there is a certain ring of insincerity that I can’t shake.

It is politically very correct these days to admit to depression, OCD, ADHD, bipolar disorder, alcoholism, drug addiction, kleptomania, hyper-sexuality, anger and a whole host of other trendy ailments. It would seem like the less control you can exert on yourself, the more likely you are to have a best-selling book.

I’m not sure whether statistically more women will buy copies of Born to Run than men, since we are said to like tear-jerkers more.

Stereotypically, I couldn’t put the book down till I’d finished it.

Note: As a musician in NY at around the same time, pursuing the unattainable goal of jazz, I have interacted with some of the musicians he mentions, like Michael Brecker and David Sanborn. I too had my NY debut at The Bottom Line, but unlike Springsteen’s, mine was most forgettable.

Radha Thomas is a jazz singer and author