A magical portrait of colonial Calcutta and an unlikely lovestory

Yasmine stood at the front, looking over the reservations. 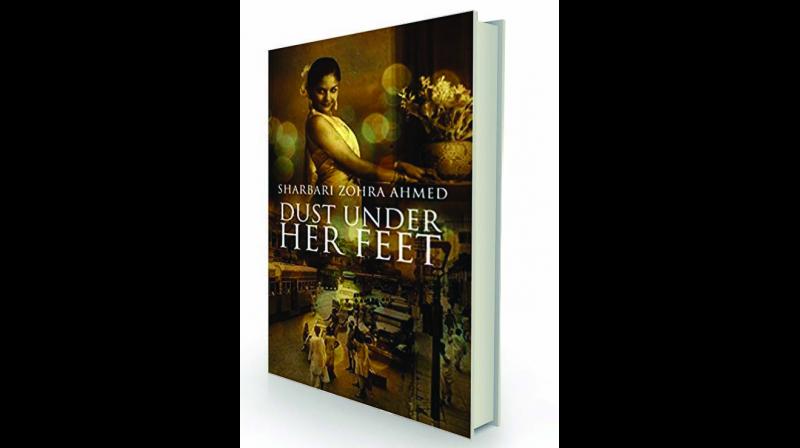 Dust Under Her Feet by Sharbari Zohra Ahmed Westland, Rs 599

At midnight, two hours until closing, Patience sang I’ll Be Seeing You for those who were shipping out to Burma later that day. The atmosphere became more subdued. Some of the men sang with her, their arms around each other’s shoulders. They swayed unsteadily to the music. Yasmine stood at the front, looking over the reservations.

It is the year 1942. the Second World War has darkened to its climax — the catastrophe, however, if we are to reference the five acts of a Shakespearean tragedy, is still some time away — and although it seems impossible to many of its denizens, the Empire is coming apart at the seams. Elsewhere in India, the Quit India movement is gathering steam and freedom fighters are being thrown into prison daily, but in the “White Town” of Calcutta, it is business as usual. The city might be chafing under the added burdens the war has wrought upon it, but the memsahibs continue to shop at Whiteaway and Laidlaw (the poshest department store this side of the Suez), the sahibs putter away at gentlemen’s clubs where “dogs and natives” are not allowed, and in the night clubs and restaurants, there are new patrons throwing money.

The old patrons — the British — may look askance at the interlopers who are apparently “upsetting the delicate social balance that was colonial India”. But to Yasmine Khan, proprietor of the fine Calcutta establishment “The Bombay Duck” and the remarkable protagonist of Sharbari Zohra Ahmed’s charming new novel Dust Under Her Feet, this “new type of white person, the odd, seemingly friendly American” proves to be a both a boon — they guzzle beer and spend generously — and also puzzle (why do they treat the Indians well and their own “coloureds” so badly)? The daughter of a once-redoubtable courtesan, Yasmine runs her nightclub with great acuity, knitting together various (talented) outcasts and pariahs into a patchwork family. Patience, Yasmine’s childhood best friend and the lead singer of the club, jokes that the club is a separate country, a “Yasministan, where... the rupee, above all, reigns supreme.”

One evening at The Bombay Duck, in a somewhat cinematic fashion, Yasmine runs into Lt Edward Lafaver, an American doctor — married to boot — from a New England small town. And despite all warnings issued (whether to Yasmine by her mother or Patience, or to Edward by the The Calcutta Key, that fascinating manual demystifying India to US soldiers), there is an instant chemistry that sets into motion a chain of events that will, over time, threaten to overturn both their worlds.

Sharbari Zohra Ahmed’s novel is that rare creature, a historical novel that combines felicitous prose with memorable characters and a backdrop — the white town of Calcutta during WW2 — that is evocatively captured. Structured competently, with a clever past-and-present conceit that works rather nicely, the book wears its research lightly. Perhaps the author’s alternate career as a screenwriter (Ahmed was one of the writers for the Priyanka Chopra-starring Quantico) gives her an edge at pacing the story within a tight framework, and in building up to multiple high points in Yasmine’s arc. A spark of contemporaneity animates the story, with the politics of race, gender and colonialism underpinning the jaunty chronicles of the Bombay Duck.

If you are looking for a breezy, well-crafted novel with both emotional piquancy and historical depth, then I recommend you look no further than the Dust Under Her Feet.