Esther, who has penned many books on her dwindling community (“At the moment, we are about 140 Jews in Ahmedabad. 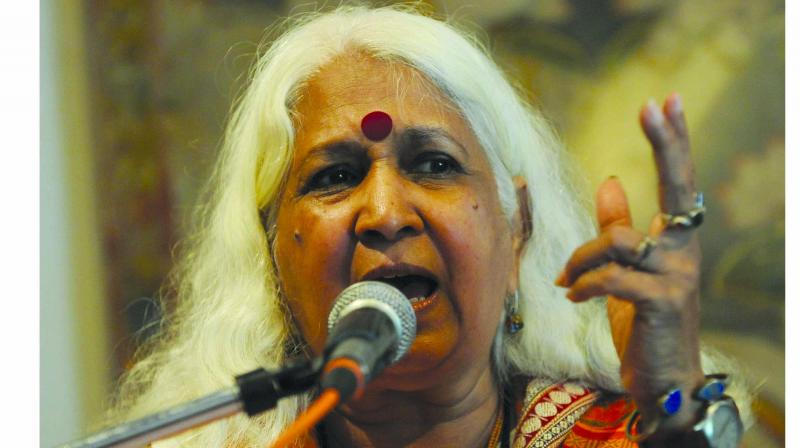 Monochrome illustrations of women peeking out of windows dot the yellow book jacket of Sahitya Akademi Award-winning author, Esther David’s latest novel BombayBrides. The intriguing book brings to life Esther’s fictional Shalom India Housing Society (SIHS), a residential building in Ahmedabad populated by Bene Israel Jews. As we move from one chapter to the next, the author nudges us into the homes, lives and minds of the occupants, weaving a web of stories that bring to light not just Jewish traditions, rituals and dietary preoccupations, but also Jewish community life, cultural conflicts experienced by them and their umbilical connection to Israel.

Esther, who has penned many books on her dwindling community (“At the moment, we are about 140 Jews in Ahmedabad. We regularly meet at the Synagogue and are a close-knit community,” she says), shares an anecdote that reveals how SIHS came to be. “At age seven, I was bridesmaid for a cousin’s wedding in Mumbai with a cousin older than me and we were to accompany the bride into the Synagogue while holding her veil. On the next day, after the wedding, we accompanied the newly married couple to their new home at Jacob Circle. This was in the late fifties and early sixties when Bene Israel Jews lived in a housing society. While researching for my other novels, I discovered another Jewish housing society at Thane, Mumbai. This is how SIHS came into existence. It has been the stage for almost all my novels, as it is a city I know best,” says Esther. 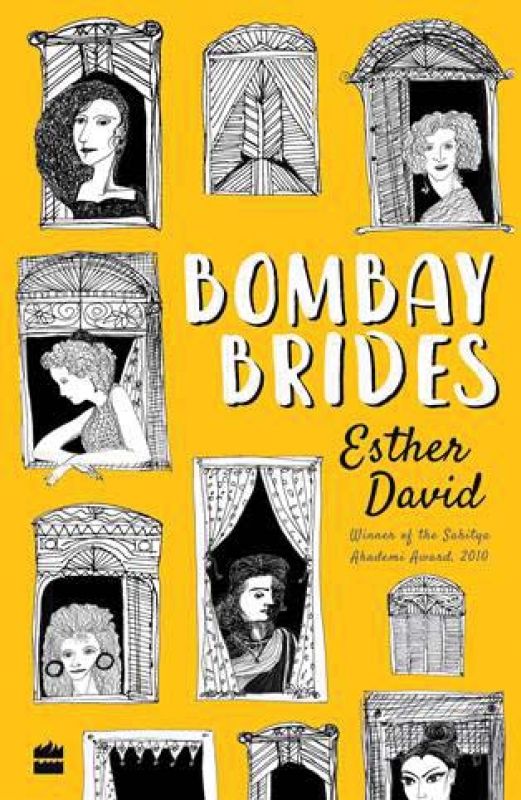 And Bombay Brides, (a title inspired by the fact that most Jewish men in Ahmedabad are married to women from Mumbai) too starts off with a story about the newly-married Romiel and Juliet, who, after moving to Israel, rent out their A-107 apartment in SIHS to Jews visiting or living in the city. And through the apartment’s tenants, Esther brings to life different people and personalities, each with their own strengths, failings, stories and quirks. There is the building secretary, Salome, who is helpful but has a slight case of the roving eye, the American Myra who christens herself Maa Myramayi after meeting a charismatic Guruji, the angst-ridden musician, Raphael, the fabulous cook with a penchant for gossiping, Elisheba, and several others. The author also gives a face to her characters as a self-drawn sketch accompanies every chapter.

When asked how she visualizes such distinct, layered characters, Esther says that they are born out of her interactions with Jewish people hailing from different parts of the globe. “I interact with them and often visit Jewish homes. So, let me put it this way, I created Lisa or Yael (characters in the book) after meeting many Lisas and Yaels and put them into one character. Also, as I am an artist and illustrate most of my novels, I note details of faces, expressions, dress, mannerisms and lifestyles,” she tells us. The book also has Prophet Elijah, also known an Eliahu Hannavi, who flits in and out of homes, smoothing bumps in the lives of his devotees. Esther tells us about the integral role played by the prophet in the Jewish community.

“When we landed in India, the elders of the Bene Israel Jewish community must have decided that we needed Prophet Elijah to survive in India to counter a land of so many Gods and Goddesses. So, he was given a form, as a poster, which can be seen in most Bene Israel homes. Most Bene Israel Jews make secret wishes to the Prophet, asking him to solve their problems. If solved, a Malida (an offering made up of flaked rice mixed with sugar and grated coconut, fruits, dates and red roses) is held as a thanksgiving, followed by dinner for the whole community,” she informs us.

While the book encourages us to look closely at the Indian Jewish community, the reader doesn’t feel like an outsider, because Esther, through the fates of her characters, touches upon themes that are universal in their appeal. And so, we see reflected in the book the power of faith, the capricious nature of fate, the need for connection and acceptance, the pain of separation and the trials and joys that come with belonging to a community.  But brace yourself for the last chapter, because it drives home a message that is important in this era of divisive politics and unending wars — that hate does well in starting wars, but it does the opposite to personal stories.

Esther David’s latest novel explores the lives of inhabitants in a building, and through this, the aspirations, fears and preoccupations of the Bene Israel Jewish community.