For the love of fantasy novels

Khyati Agrawal’s upcoming book comes as a relief for those bored of western fantasy novels. 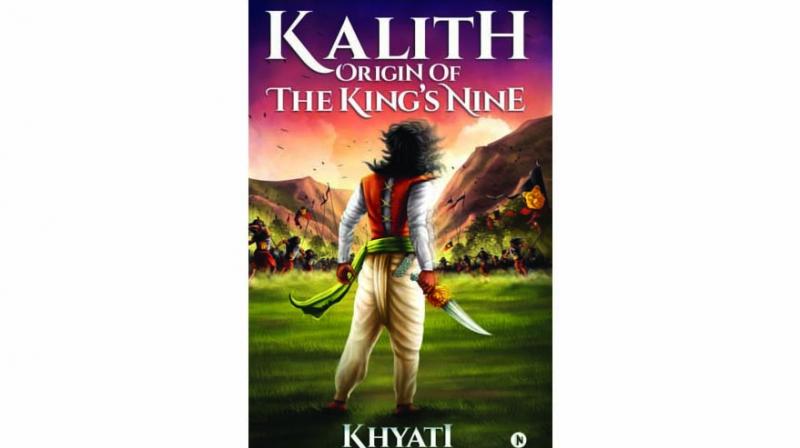 A nice fantasy novel is everyone’s favourite — be it a kid or an adult. While there have been many fantasy-thrillers novels written in the West, it is a lesser-explored genre in India. However, Khyati Agrawal’s upcoming release Kalith: Origin of the King’s Nine is the perfect book for those who are bored of reading western fantasy fiction books and are searching for a desi fantasy fiction book which will keep them glued.

The book revolves around Kalith who is a phasor, but is not aware of his special power. The story unfolds when he accidentally travels 2,000 years back in time and gets rescued by a man who takes him to a hidden gurukul. He starts living with eight other gifted students who collectively are called The King’s Nine.

Ask the author how the idea of this book germinated, and she says, “While growing up I loved reading and was a huge fan of superhero books and movies. But since all the books had foreign heroes and were set in foreign lands, I could not really relate to the stories, I could not get inspired by the characters. So I missed having that kind of influence in my life, I missed having Indian stories with Indian superhumans.” She adds that the idea came to her while she was casually thinking about what would happen if someone was transported to another era. “A couple of years ago while I was sitting alone in a mall, eating ice cream, as my family was shopping, I started wondering what would happen if a person was to accidentally phase back in time. I started thinking of the concept of phasing and the physics around it (I had always loved physics while growing up). As time went by the story started developing in my head and all the characters started taking form as I started working on the plot,” she shares. It took
Khyati around eight to nine months to write the book. Khyati has been very creative in exploring and detailing the world set 2000 years back in time. The 27-year-old explains that she used all the knowledge she had acquired about history and civilisations over the years in the book. Says Khyati, “History was one of my favourite subjects in school. I was extremely fascinated by ancient civilisations and cultures. I loved reading about how people lived, what kind of weapons they used, their town planning and drainage, what kind of material they used for clothing or how their cities were constructed. So in a way I have been researching for this book all my life.”

While many authors might claim that their characters have been derived from real life people they have met, Khyati’s Kalith is completely fictional. “In fact, none of my characters were inspired from any real life people. Once I started exploring the concept and working on the story of The King’s Nine, the characters started forming in my head according to the story. Each of the characters have a different character sketch, they have their own mannerisms and temperaments, their own quirks. Apart from having their own unique powers and histories, each character is complex and raw in their own way which reflects in their reactions and approach to different situations,” Khyati says about her characters.

The young author is not just a great story-teller, but an  entrepreneur too. She owns a doodle company, which provides personalised doodle merchandise. What could seem like a mammoth task — managing a company while writing a book — was a cakewalk for the author. “There is a saying that goes something like this — ‘find what you love to do and you won’t have to work another day in your life’. Doodling and writing are two things that I absolutely love doing and am passionate about. So, since it never feels like work, I don’t have to take breaks from it and so I work on Saturdays and Sundays as well. And therefore I get all the time I need to pursue both doodling and writing,” shares Khyati,  adding that she is in the process of penning the second book in the Kalith series.