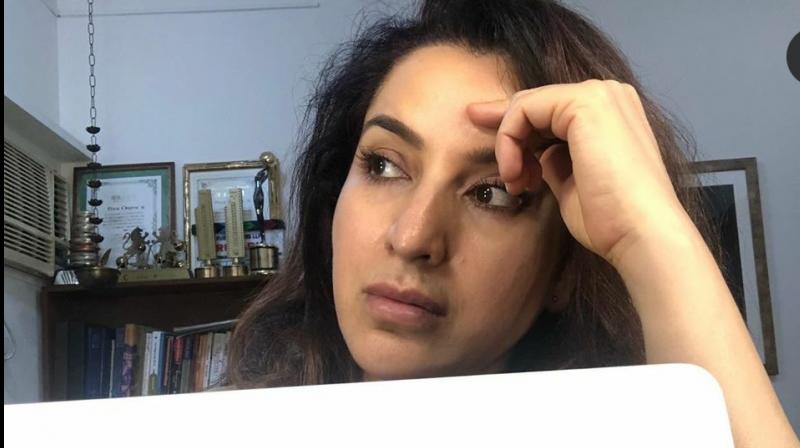 New Delhi: Actor Tisca Chopra will educate young girls on the important topics of "menstrual health" and "growing up" through her new book, tentatively titled, "Your Book of Period", announced publishing house Westland on Sunday.

The book, to be out in December, is a conversation starter and comprises honest dialogues and advice for children aged between nine and thirteen. It will be published under Westland's children imprint, Red Panda.

"While I enjoy reading and writing fiction, I believe children need a good non-fiction book as well, to address the need for sharing information in a way they don't feel lectured by parents.

"... I wanted to create a book which would be meaningful for many young girls including my daughter Tara. And so my publisher and I discussed the idea of this book that may well become an essential read for girls on their way to becoming young women. Mothers, daughters and their friends can bond around the book and discuss it as friends," said Chopra, whose last book was "Acting Smart: Your Ticket to Showbiz"

Touted to be "smart and sassy", the book, filled with suggestions from experts, claims to provide an in-depth understanding for girls on how to deal with "physical, emotional and social changes and make the best of the growing up years".

According to the publishers, the soon-to-be-released book, written from a mother's perspective, has the potential to be that one book that "mothers would like to gift their daughters at the cusp of puberty".

"We're very excited about publishing Tisca Chopra's forthcoming children's book. Tisca has made a mark with unusual and powerful roles in various mediums, and her passion and commitment are reflected in her writing as well," said Vidhi Bhargava, Publisher, Red Panda, an imprint of Westland Publications.