While the book deals with dark subjects, the hand that writes it is beautifully light, and gives you many occasions to laugh out loud 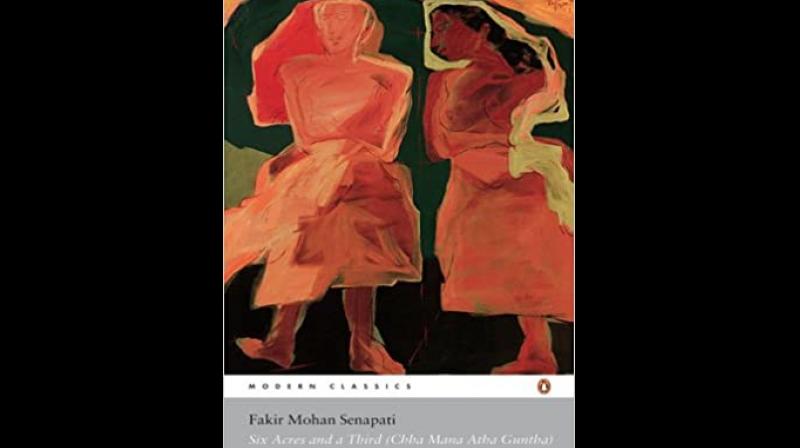 A scripture-quoting narrator with tongue firmly in cheek relates the story of a devious zamindar and moneylender in a village in Odisha. (Photo: Amazon)

Times change but human nature doesn’t, which is why Six and a Third Acres is a hardy survivor. It was first serialised as Chha Mana Atha Guntha in Utkal Sahitya (a literary monthly) between 1897 and 1899, when India was under colonial rule.
A scripture-quoting narrator with tongue firmly in cheek relates the story of a devious zamindar and moneylender in a village in Odisha. He sees through all of Ramachandra Mangaraj’s pretensions, including the religious fasts he strictly observes. Mangaraj’s suffering and largely ignored wife is not his soulmate—that honour is reserved for Champa, one of his large household’s many maids. But perhaps the worst thing about Mangaraj is his covetousness. When he wants something, he will stop at nothing to get it.

Which brings us to the six and a third acres that Mangaraj has had his beady eyes on for years. It belongs to a childless couple from a weaver family, Bhagia and Saria. While Bhagia is not one of the world’s greatest thinkers, he is perfectly content with his lot in life. Saria, however, is not in a happy place — her desire for a child drives her to distraction. This weakness is what the wily old zamindar and his cohort play on.

While the book deals with dark subjects, the hand that writes it is beautifully light, and gives you many occasions to smirk or even laugh out loud. The narrator with his wicked wit introduces you to almost every inhabitant of the village across the caste spectrum —what they do, where and how they live, and tops it off with some delicious gossip about them. As he says, “There can be a pond without fish, but no village without backbiters”, so be prepared for delightful incidents of subterfuge and counter-subterfuge!

There are marvellous descriptions of village life as well. Jackals with their hourly howling at night were like clocks to the villagers. They were useful in other ways too: “In the countryside, where there are no municipal commissioners, these agents see to the disposal of dead dogs, rats, cats, and assorted dirt and filth.”
Enjoyable digs are occasionally made at the British. There’s a sessions judge who delayed court proceedings because he was “in the middle of scribbling a letter to his ‘My Dear Lady’”, anxious not to miss the weekly Wednesday mail to England. India’s “gentlemen babus” are not spared either: “Flounder they might when asked to recite the names of their own grandfathers, but the names of 15 generations of the ancestors of British King Charles the Third roll off the tips of their tongues.”

Apart from the riveting story, it’s the style—the dark humour in particular — that makes it one of the shining stars of Odia literature. Humour often gets lost in translation, but the translators of Six and a Third Acres — Leelawati Mohapatra, Paul St-Pierre and K.K. Mohapatra — have done a wonderful job.

Rupa Gulab is a freelance writer and the author of Girl Alone, Chip of the Old Blockhead and The Great Depression of the 40s.