The fictional Kasturba largely skims past the important stuff. 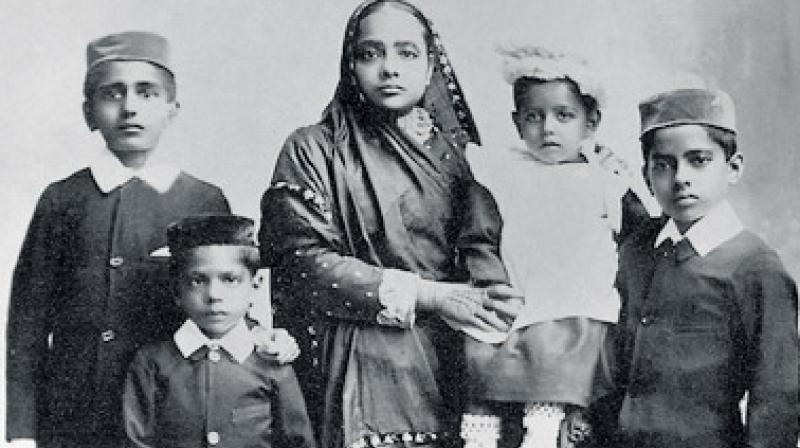 Kasturba Gandhi and her four sons in South-Africa.

This must be, hands down, one of the most difficult writing ideas to execute. To write the secret diary of a well-known character, a prominent side player in one of history’s most significant episodes.

For that alone, kudos to Neelima Dalmia Adhar, for trying to give voice to Kasturba Gandhi, wife and companion of Mohandas Karamchand Gandhi, in his long and difficult journey to becoming India’s Mahatma and the “Father of the Nation”. Great men and occasionally women always have their stories told, by others and themselves, but their families and those closest to them usually get overshadowed.

The principle and intent is one but, and there is a but, the execution is something else. When you start reading this fictional “secret diary” you are drawn into the charming world of a young girl wondering about her fate. It is all fragrant flowers and tinkling anklets. It is the excitement of a new life as two children, barely teens, marry each other. It is the conservatism of the society around them and the heady joy of sex. 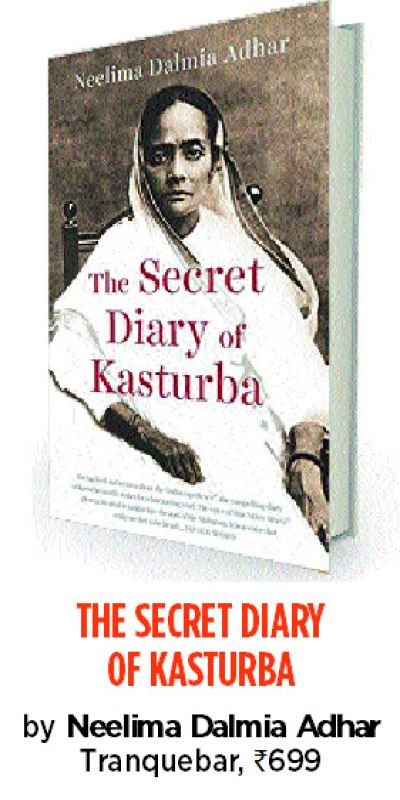 But eventually, the protagonists grow up and one of them embarks on a remarkable, incredible journey. And that is when the story sadly becomes less compelling. It is hard not to make value judgments here. How would one tackle Mahatma Gandhi’s wife? Some of their disagreements were well-known. Gandhi’s quirky and sometimes harsh behaviour with his immediate family is also well-documented. Did Kasturba have a say in this or the right to challenge him? Or was she a willing follower as Gandhi marched into greatness?

The confusion starts here. If the diary was supposed to a feminist device, to give prominence to the forgotten women who shaped or controlled or advised great men, you do not get that sense in this book. If it is a post-feminist device, where the home-maker and the woman behind the power is given her say, well, you do get some of that but it is not always a strong or inspiring character that you meet.

There is much lost here. Imagine the fiery conversations Kasturba and Gandhi would have had as he decided to fight for the rights of Indians in South Africa or as he created his world of hard rules and personal asceticism to reach a higher goal. We know that she had initially objected to his vow of celibacy, to his diktat that untouchables were to be treated as equals, that his pronouncement that people in his ashram must clean toilets. To recreate those would have given us immeasurable insights into how this relationship worked, how the balance of power shifted between them, when Kasturba held her own and when she gave in. After all, they had known each other since they were children. Such a long relationship does not always kowtow to “greatness”.

Instead, the fictional Kasturba largely whines and moans and skims past the important stuff. She is consumed by domestic issues to an extent that is at odds with her public persona. You neither get the feeling that she saw through Gandhi — although you get the impression that the writer has — nor that she admired his ideas and his sense of sacrifice. In fact, she eludes you in her essence. Sometimes, unfortunately, she manages to seem petty and disconnected.

It would have been fascinating for instance to know how Kasturba felt about Gandhi’s relationships with other women, having enforced this vow of celibacy on their marriage. But we get just one page on Sarala Devi and Gandhi — all promise without any delivery.

If the book concentrates on any personal event, it is the relationship between the eldest son Harilal and his father. Again, however, the intent is unclear. Did Kasturba help her son in his fights with his father? How did she protect him as mothers usually do? How did she help mould Harilal’s character? As Harilal’s various problems with his father increase, the author suggests that Kasturba was at odds with Gandhi. But you do not see how she helped her son find strength or courage or character. Indeed, in the end, she writes him a stern public letter which is at complete odds with her comments through the “secret diary”.

It is possible that Dalmia Adhar is not a fan of the Mahatma’s — in fact that much seems obvious. But she has not managed to do the woman inside Kasturba much justice either. Her writing flows when she talks about love and youth and local colour. But where politics and the personal collude, she falls back on the mundane.

You feel at the end that a great opportunity and an idea have been lost in translation.