My protagonist had to be someone, who cared for her family and could put herself behind for all of them, says Anupriya. 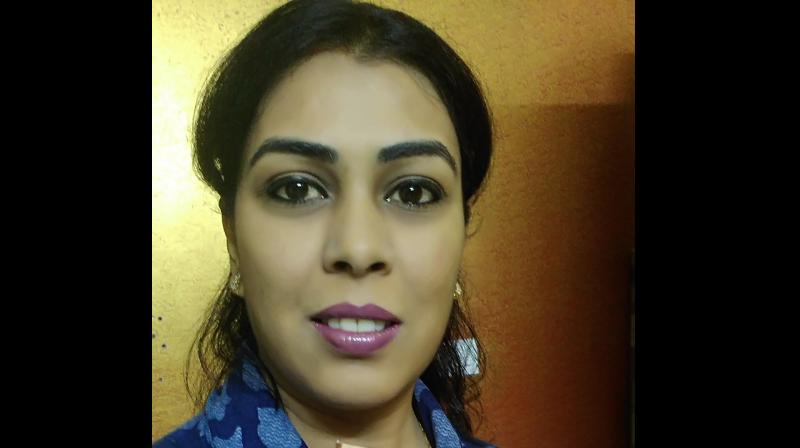 The idea was to explore many facets that comprise a young girl, who has mostly had a comfortable life at least on the face value.

Anupriya's debut novel, Because I Promised, is a story based in the aftermath of the terrible Bhuj Earthquake and the relationship between two very diverse people, where strings of fate brings them together to make a unlikely yet surprising love story.

In the following conversation, the author shares more about her own story and about the book.

How did the idea germinate for a story like this? So many hurdles, and difficulties with a character like Varnika, there must have been a lot of thought that went in it.

When I set myself up for the task of writing a full-fledged novel, I knew just one thing. That it had to be female centric and the girl had to be the hero. But then I realised that mostly every girl’s mind is just so twisted that she wants everything in life. Please note that I said mostly, not all. My protagonist had to be someone, who cared for her family and could put herself behind for all of them. But strong headed enough, to not let anybody know about her reasons that bind her to them. Thus came up this character of Varnika, who loved her family and would give up on anything else dear to her for a promise.

For the very reason that she is strong headed and confident, she sets herself against a far-fetched challenge professionally too.

The idea was to explore many facets that comprise a young girl, who has mostly had a comfortable life at least on the face value.

What inspired Varnika's journey in your mind? How did this character evolve?

So when I started writing, I just had this vague character sketch of a young, confident and capable girl, reeling under insecurities that were a result of her teenage life experiences. But as I continued to write, Varnika’s character became more layered. On one hand she is the best friend one could have, in the next moment she is a ditcher. While she comes across as somebody who loves her family, she has actually left everyone to move out and face her personal battles all alone. She is confident, yet lives with a shadow full of doubts.

And then one sequence after another, these contradictory yet comprehensive traits accumulated on the person that Varnika came to be.

Has writing always been a part of your life? Or did you chance upon it later on and then instantly fell in love with it?

Ummm! To be very honest, all that I had authored while in school were a dozenful of articles that I submitted for the annual school magazine. After school, all my focus and attention was limited to studies and then my career.

But almost a decade later, I found myself scribbling short story fan-fictions based on a youth focused television series. I couldn’t help but share a couple of these stories with some of my friends and my sister. Their feedback was encouraging enough for me, to set up a blog and share my thoughts on all things women and children. Thus came into existence the blog, www.mommytincture.com

And then one day, I took up this NaNoWriMo challenge to sit and write 50k words in a month’s time. Once I had started writing this story, and it started taking shape, there was no looking back. Yes, I almost instantly fell in love with the art of writing.

What started as a casual attempt to bare my soul out, has become something that I now feel I need to work on and become better at.

Matters of the heart are always more deceptive than they appear. Talk to us about this in the context of your book.

We generally tend to take people and their life quality by face value. But more often than not, there is always more to what meets the eye. One’s actions they say are a mirror to one’s feelings and emotions. And conflict in life arises, when the actions seem incongruent to whatever is the visible portrait of our life that is out there in front of the world. Also sometimes, by not talking things out, we let minor things snow balls into something that might just not be worth all the worry and trouble. Yet, the journey of until realizing this fact can be life-altering. It helps us evolve, and turn those bonds of life that were earlier strong into something unbreakable. So yes, the crux of the matter is, that there are both short route and long-routes in life. But, one thing is definite, all routes lead to the evolution of soul.