For the thrill of crime fiction 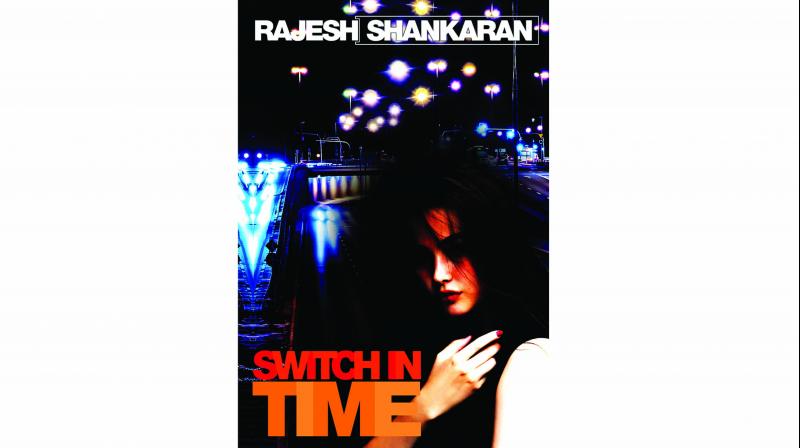 Rajesh Shankaran started writing Switch in Time, his second crime thriller after Freefall, right when the Me Too movement was a rage. He wondered what it would take for a woman to take revenge on a man who misused his power. He was inspired by the movement to set the ambience for the book and create characters like Lallan Ajmera, Kamsin and Inspector Bushra Khokhar. “Dynamic, ambitious women reject the old patriarchal norms and men struggle to understand this change. It has been a huge inspiration for me. I think we will see a lot more powerful stories emerge from this change,” says Rajesh.

It took him about two years to shape the final draft of Switch in Time which follows an intriguing pace. “For me, it is always the plot that follows character. It is important to know the characters and assess their choices. A plot is driven by the choices that people with strength, inner or outer, take under extreme circumstances,” observes Rajesh, an ardent fan of crime fiction. His favourites are Herman Melville, Ian Rankin, James Patterson and Dean Koontz.

According to him, thrillers give a writer the space to keep the audience guessing with teasers, cul-de-sacs and red herrings. “The final rush of insight in the climax when the reader finally sees everything fall into place is a high without parallel in any other genre of literature,” explains Rajesh, founder of Pune-based writers’ community Write Here Write Now, to whom writing is a way to convey his thoughts and build constructive argument. “I write on weekends, trying to get at least an hour each day. A good part of Switch in Time was written at airport lounges.”

Currently, he is writing the sequel to Switch in Time, which is about the next case of Inspector Bushra Khokhar, the protagonist.