Author Anup Vijay cooks up a RAW thriller with his audiobook in Hindi — Zero to Bravo. 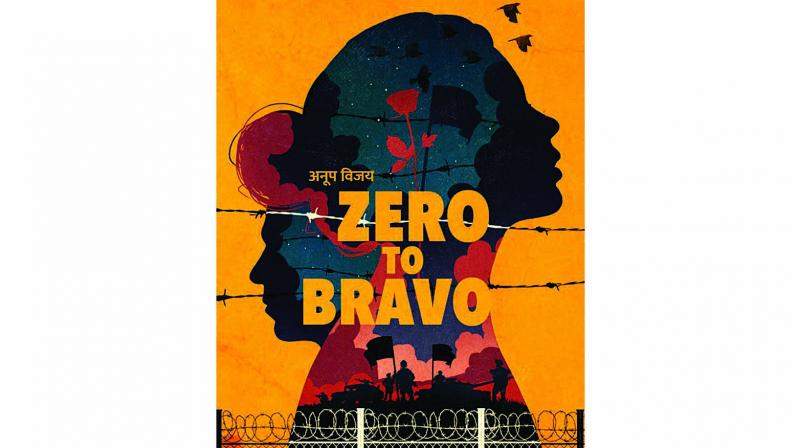 Imagine if your only aim is to serve the country and you get to be part of a secret mission to do just that. But you aren’t given any information because your communicator believes too much information might kill you! Does this seem too much to handle, but gives you that hunger to know more? Then Zero to Bravo —  an audiobook by author Anup Vijay — is for you.

This thrilling audiobook is a Hindi narrative that revolves around the life of a RAW agent. From action to subtle romance and patriotism, the voice of Sankalp Rastogi takes you on a rollicking roller-coaster ride. According to Anup, the most difficult part about writing a book is ‘the discipline and the loneliness it comes with.’

The protagonist is a young girl who is training to join the Indian Army, and gets selected to lead a mission to abduct one of the most notorious criminals. Speaking about what inspired Anup to write a story on a RAW agent, he says, “I’ve always been in awe of the defence and intelligence agencies that tirelessly, selflessly and heroically work to protect our country. I think it came very naturally to me. Also, espionage dramas are what I love the most, even as a viewer. Americans, which is a spy thriller about Russians settled as sleeper agents of sorts in the US, is my all-time favourite. And when I read up about Indian RAW agents and their feats, I couldn’t resist but pay my little, inconsequential tribute.”

Sharing his love for his favourite character in the fiction, Anup says, “In my book, my favourite character is Vikram Thapa, the communicator. Obviously Aashka is someone I like as a person, but she started out as predictable and towards the end, for Vikram, she was still predictable. But Vikram himself is grey. He can never be defined clearly. His experiences stem from both the good and the bad he’s done. He’s definitely the one I enjoy writing about the most.” Praising voice-over artiste Sankalp, Anup says, “The publishers and I had full faith in him once he read out and rendered the book in his voice. His voice modulations are fabulous.”

Throwing some light on the sequel, the author is honest about going beyond the planned time frame. He however believes that the story is shaping up well and is positive he’ll be able to release it in the first quarter of 2020.