The history of love

It is this part of the novel that introduces us to the characters whose lives we will follow for the remainder. 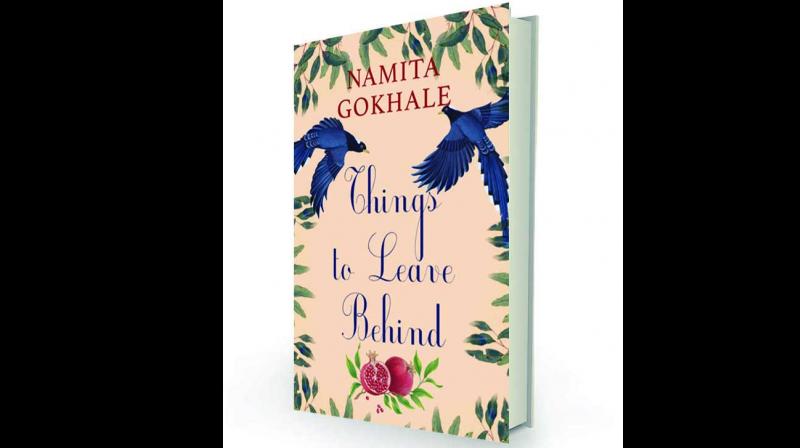 After The Book of Shadows and A Himalayan Love Story, Namita Gokhale completes her trilogy of books on the Himalayas with her exquisitely crafted and produced novel, Things To Leave Behind.

As someone whose roots and surname originate in the picturesque Kumaon of India, I know that change is not one of the region’s most defining qualities. But the novelist has deftly chosen the time period from 1840 to 1912, when the region, like the nation itself, was in great churn. So we are drawn into an era when the British Raj is infusing more deeply with India – spreading its colonialism through education, newspapers and railway networks – much to the chagrin of the natives, whose increasingly informed resistance to imperialism collates into the Great Revolt of 1857, which our history textbooks inform us was the First War of Independence.

In these tumultuous times we are shown a microcosm of Kumaoni life where the locals have compartmentalised Britain and India like oil and water, but are also surprisingly compliant to the whims of their colonisers. They use the Lower Mall Road that is reserved for dogs, servants and Indians without question. They resist disclosing the location of the sacred lake of “Naineetal”, where Sati’s eyes have fallen, but offer little confrontation when the British take control of it. All cultural sundries aside, they’re also practical enough to quite willingly work for the British.

It is this part of the novel that introduces us to the characters whose lives we will follow for the remainder. First, it is Devi Dutt Pant, a Brahmin whose widowed sister’s daughter, Tilottama, makes for an intriguing central character. Her divergence from the “normal” begins early on when the diktat of India’s slow crawl towards Independence delays her marriage, allowing her access to a sliver of education and agency.

Fate is made worse by Tilottama’s – or Tillie’s – feminist inclinations that are fuelled by her admiration of Pandita Ramabai and the news she devours from Almora Akhbar and Almorah Annals. Despite all that, Tillie is unable to translate her independent thoughts into independent action, whether it relates to walking freely outside her home or ensuring a proper education for her daughter.  It is through this character that Gokhale highlights the travails of independent-minded women in 19th century India.

This thought is further embedded through the eyes of Tillie’s neglected husband, Nain Chand Joshi, who travels for most of the year: “And he thought then of his wife, of her strangeness, her awkwardness, her pitiable lack of grace. Tilottama was not like a woman, somehow – she had a core of brute strength surrounded by an almost endearing naivety, as though the gods had mixed up the ingredients while she was forming in her widowed mother’s womb. But he was away, back on his journeys, and she would learn in time to grow up, to become more like a woman.”

Despite this Tillie gets pregnant. But she is too busy with her intellectual pursuits, which include learning English, to be an involved mother. She’s happy to have her albino daughter Deoki adopted by her cousin Tarini, even as her husband finds himself a more suitable secret lover. That is how Deoki is outlined, as a girl who scarcely knows her father or her mother, but is happily ensconced with her extended family of doting cousins and aunts.

Deoki does not inherit Tillie’s hubris, at least not initially so. She is married off to Jayesh Chandra Pant, a man with modern thoughts and a love for only Rosemary Boden, a white, Almora-based leprosarium missionary’s daughter. After a brief meat-eating, sleeping-with-a-Christian-maid stint in Bombay, Jayesh decides to “speak the truth, the whole truth, and nothing but the truth.” This journey begins with him converting to Christianity, becoming Jayesh Jonas Pant, and moving in at Eden ashram where his Rosemary resides. This leads us to the novel’s most compelling scene where Tilottama removes her young daughter from her in-laws’ house and restores her to her silent but compliant husband. The pièce de résistance comes when the Brahmin mother converts her Hindu daughter by holding a Bible to Deoki’s head and asking her to “rest in peace”. Thus, Deoki becomes Diana Jonas Pant.

Whether it’s her husband’s misplaced love or her mother’s bravado that becomes germane to her own courage, Deoki is suitably determined to bring her husband back to her. It leads to her bildungsroman, a redemptive one at that as she turns into a substantial version of herself.

Deoki proves that she is indeed her mother’s daughter – a Freudian exploration of children fulfilling the wishful desires of their parents – when she seduces her husband and a white stranger to fulfil both, her duty and her sexual agency.

Juxtaposed with this is the whitewashed, pious Rosemary who puts her money where her mouth is and refuses Jayesh’s advances. Here is a character whose private life matches her public one, as very few people in this diametric world can lay claim to. While all the other characters, in particular the previously sanctimonious Deoki, are waylaid by their passions and dreams, it is she alone who follows the path that she originally set out on. To the outside world the inhabitants residing beside the blue-green waters of Panna Tal are leading a normal life, but beneath the calm all lives are tumultuous, reined in only by the texture of the times.

These main characters and many side ones serve as interesting placeholders to the racy plot. Beside the brisk gallop of the novel as it examines caste, creed, religion, the lack of education, women’s agency or lack thereof.

One of the most defining qualities of this historic romance novel is the research generated by Gokhale – informative without being pedantic. As a result, history dances off the pages, bringing alive semantic and temporal vicissitudes.

A laborious work of art and literature, Namita Gokhale’s novel, Things To Leave Behind, defined as her most ambitious work, is an ode as much as a eulogy to her native Kumaon. It is a tomb to the freedom we seek from the shackles that enslave us, whether it’s our gender, our colonisers, our sexuality, our independent agency or our greatest loves.

Meghna Pant is the award-winning author of The Trouble With Women, Happy Birthday and One And A Half Wife. She tweets at @MeghnaPant.