The stakes are high — a terrorist group is plotting to destroy India’s most significant and recognisable symbol of Mughal architecture. 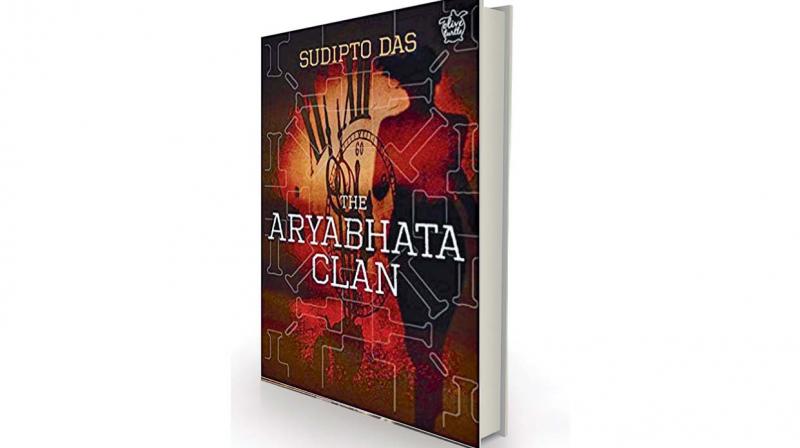 There are a number of learnings in Sudipto Das’ erudite new historical mystery, The Aryabhata Clan, which knits together lore and material culture to expound on the unities of ancient India, Pakistan and Sri Lanka. Perhaps the heaviest among them is the suspicion that one type of fanaticism is interchangeable with another in an age where death and destruction are normalised as collateral in the clash of civilisations.

The story begins with a demonstration of extreme and seemingly wanton cruelty as a young woman named Kubha is enslaved and abused by an arm of the ISIS within a warren of rooms in an ancient monument somewhere in India. Her need to escape isn’t fueled only by a desire to stay alive but also by the desire to warn the world of an impending disaster and to keep her parents, who are intricately tied up into the mystery, from abdicating their position in an important conference.

The stakes are high — a terrorist group is plotting to destroy India’s most significant and recognisable symbol of Mughal architecture. The fallout of this is expected to make the demolition of the Babri Masjid, subsequent riots and the gradual fragmentation of the idea of a secular and tolerant India seem like small change. The mystery deepens as it appears that this planned attack is high on the agenda of not one but two opposite fanatic groups. The book wastes little time in exploring ironies. However, they bloom all the same: if the Hiranyagarbha Bharata, a radical Hindu outfit and the Islamic state could wind up targeting the same bastion of culture, to seed the same chaos, then it begs the question of what really distinguishes them from each other.

In opposition to this are the everyday decent heroes and custodians of culture as represented by 21-year-old Kubha and her family and friends. It is up to them to put together, piecemeal, a set of clues and stop the terrorists from implementing their catastrophic plans. The terrorists, in turn, operate on willful ignorance and hatred of the grace and unities of pre-religious ancient civilisations that co-existed with a liberal exchange of ideas and technologies. Das pulls together the mysteries found in Iranian carpet motifs, a 1500-year-old verse by Indian mathematician Aryabhata, and cryptic symbols from ancient languages, and manuscripts to come up with a compelling argument about the inherent falseness of any kind of cultural demolition based on exclusion.

The Aryabhata Clan takes the Dan Brown approach to cracking archetypes, symbols and un-boxing conspiracies. Unfortunately, it moves somewhat ponderously between the exigencies of the thriller and the ponderous nature of the mysteries to be solved. Das’ familiarity with linguistics, linguistic paleontology, archetypes, digital paleography, epigraphy, archaeology, symbolism and music are impressive and could delight the eager student. But they also make the novel read more like lesson in inductive reasoning at times.

Another thing weighs the novel down is a tendency towards verboseness. While there is enough here to be fascinated by, there is little selectiveness. It results in a level of detailing that could have been treated in a breezier style. For example, investigator Parush’s realisation. “The mobile phone must be having, Parush thought, an inbuilt hardware-based decoder in order to decode the heavily encrypted satellite calls in real time. Any application-based decoder would be slow and wouldn’t be effective for a live communication, unless they made good use of extraordinarily powerful servers, the likes of which were presently accessible only to the defense establishments in India. It hadn’t been easy for Parush to put in place a sophisticated system that would do the same for the special SWAT team. The realisation that the similar level of sophistication and technology was already available to others as well worried him. Parush knew he had a formidable task ahead to accomplish.”

In a similar vein, every piece of the puzzle is put together in sometimes overwhelming detail. So, Asfar, a linguistic paleontologist, who is Khuba’s mother, mulls over a mystery to arrive at the conclusion that an Iranian rug is a facsimile of the four-millennia-old Pashupati seal of the Indus Valley civilisation. Except that it is hard to tell where the character’s thoughts begin and end and where the narrator is dispensing necessary knowledge and connecting important plot points. “Most of the illustrations that resembled their rugs were in the 12th chapter, The Converting of Different Countries, which enlists the names of the various foreign countries such as Bali, Java, Cambodia, Thailand, China and Vietnam and local kingdoms in the Indian subcontinent where Buddhism spread. …Asfar translated the verse, line by line, in English. She floundered with the expression “magebha maha potaka”. The word “potaka” or “pota” akin to the English boat, she felt, would rather mean a vehicle.

In the context of Buddhism, where Maha Yana or the Great Vehicle referred to a particular system of Buddhist teaching, she was convinced “maha potaka” too should have a similar connotation…

While it may be heavier than required for the casual reader, The Aryabhata Clan maintains an attitude of genuine scientific curiosity and avoids casual judgements and religious profiling. It unearths, layer by layer through controlled suspense, a narrative of its own — that the roots of inter-cultural cooperation have a far richer and stronger history than parasitic fanaticism and may well outlive these unhappy times.

Karishma Attari is the author of I See You and Don’t Look Down. She runs the workshop series Shakespeare For Dummies and is on twitter @Karishmawrites