Tales from the battleground

Aditya Iyengar’s debut novel, The Thirteenth Day, explored the Kurukshetra War through the eyes of Yudhishthira, Karna and Abhimanyu. 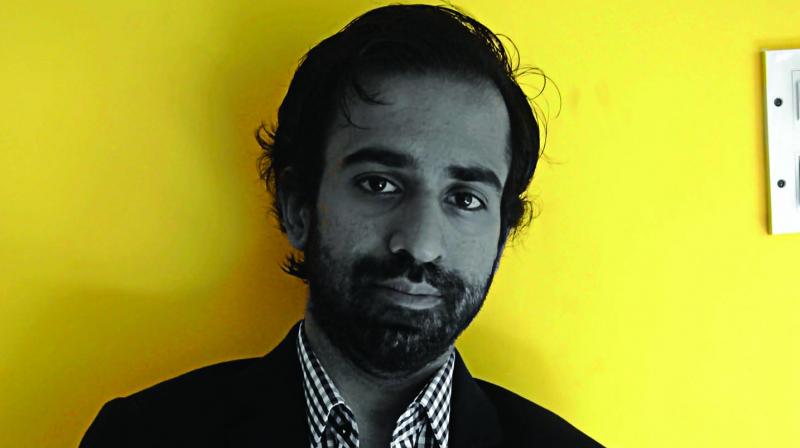 Have you ever wondered about the life of an anti-hero? Aditya Iyengar’s debut novel, The Thirteenth Day, explored the Kurukshetra War through the eyes of Yudhishthira, Karna and Abhimanyu. The 32-year-old, who has now authored Palace of Assassins — The rise of Ashwatthama, talks about what inspired him to write mythology. His new book tells the story of Ashwatthama, the lone survivor of the Kaurava camp after the battle of Kurukshetra.

“I was always inspired to write mythology. I want to tell people the stories through the eyes of an anti-hero. Palace of Assassins is a blend of mythology and epic-fantasy. It is a tale of revenge, love and redemption. It tells the story of one of the lesser known characters of the Mahabharata — Ashwatthama. The story is set in the aftermath of the Kurukshetra war when Ashwatthama is cursed to eternal life and leprosy, and follows him in his quest to make sense of it, and take revenge on the Pandavas for leaving him in this plight. While it is a mythological novel, I have reimagined certain elements of the mythology and created something uniquely different that I hope readers will like,” says Aditya.

Talking about the struggles that  authors face in the contemporary world while writing mythology, he says, “Research is a struggle since so much of information is available everywhere. You do not know what is right and wrong. Kisari Mohan Ganguli and Rajagopalachari had a different way of looking at the Mahabharata. I’ve read a lot of versions of it before I started with my book. Knowing what to take and what not to is a challenge. But I’m glad that a lot of interesting subjects in mythology are being written.”

The best thing about writing mythology, he says, “You already have a story. You only have to reinterpret each character. It’s easier than building characters from scratch. However, you have to find a tone of voice for the character and see that it remains the same until the end.”

Book Review | Why the ‘hardest’ journalism is exactly what matters most