Aza restarts her friendship with Davis with an ulterior motive, but they become good friends soon enough. Perhaps they fall in love as well. 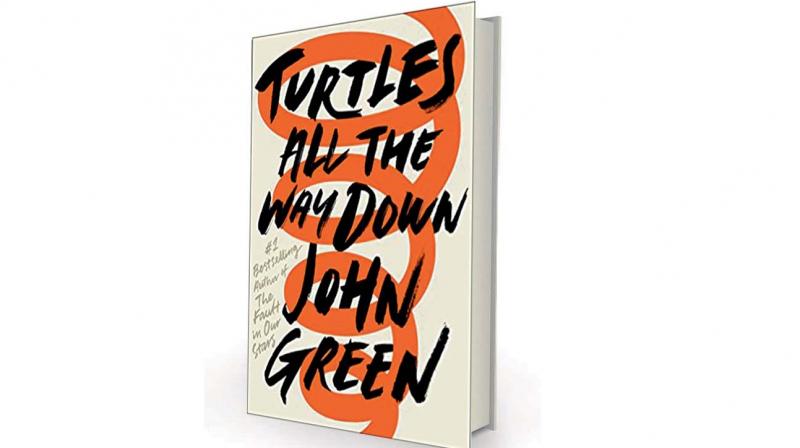 Turtles All The Way Down by John Green, Penguin UK, Rs 350.

I fell in love with John Green’s writing when I read his The Fault in our Stars. It made me greedy towards acquiring all his books. So, when I got a chance to review his latest book, Turtles All The Way Down, I simply lapped it up. And I must say I’m not disappointed though I found the female protagonist a bit depressive.

The story starts with 16-year-old Aza Holmes who studies in White River High School and Aza’s best friend, Daisy Ramirez, a fearless girl, a go-getter, who calls her Holmesy. Daisy is eager to claim the hundred-thousand-dollar reward if she can provide any clue about the disappearance of the fugitive billionaire Russell Pickett (founder of Pickett Engineering). She convinces Aza to rekindle her association with his son, Davis Pickett, whom Aza had befriended at a Sad Camp (a camp for kids with dead parents) in the summer holidays of fifth and sixth grade.

Davis and his younger brother, Noah, live in Pickett mansion along with a zoologist who looks after their father’s Tuatara, a genetically distinct creature that dates back to the Mesozoic era, around 200 million years ago. It is a kind of a living dinosaur that can live up to 150 years and who will inherit Russell Pickett’s billions after his death. Pickett believes that through investigating the Tuatara’s secrets, humans can learn the key to longevity and will be able to understand the evolution of life on Earth in a much better way.

Initially, Aza, who is suffering from an anxiety syndrome and is on pills (she is constantly worried about hosting a colony of bacteria, especially Clostridium difficile, in her gut), irritated me no end but as the story progressed, I started accepting her with all her flaws. A huge credit for this goes to Green as he has conceptualised the character close to real. Green made up for Aza’s flaws by creating likeable characters in Daisy and Davis, especially the latter. The two made up for Aza’s obsession with gut bacteria.

Another thing I liked about the book was the characterisation of Aza’s car, Harold. The way she describes her car deserves a second read. Harold is a 16-year-old Toyota Corolla, painted in “mystic teal mica” colour with an engine that clanks in a steady rhythm, like the beating of an immaculate metallic heart. Harold had been Aza’s dad’s car. In fact, her dad had named him Harold, and her mom never sold the car. It stayed in the garage for eight long years until Aza turned 16  and inherited it. Aza mentions Harold as though it is a real person. Sample this: “As Daisy and I drove towards her apartment in Harold’s warm embrace,” and “After school, I got into Harold,” or “Daisy was standing next to my parking spot when Harold and I arrived at school the next morning,” or “It was quiet in the car, except for the thumping rumble of Harold’s mechanical heart.” By the time I was halfway through the book, Harold, the car, had completely endeared itself to me and I wished I owned a similar one.

Aza restarts her friendship with Davis with an ulterior motive, but they become good friends soon enough. Perhaps they fall in love as well. It was Davis who brings Aza out of her shell. Though every time Aza mentioned C. diff infections and what they did to the human body irked me, I guess it was important for the author to write if he had to highlight her mental condition (the anxiety disorder Aza suffers from).

Halfway through the book, I also wondered about the title of book and how it was connected to the story. And when I found out, I just couldn’t stop laughing. Green has a penchant for unconventional endings and this book too meets the same fate.

By the time I reached the end, I had developed a liking for the book. Green’s stories trot at a gentle pace and slowly make the readers fall in love with its characters.